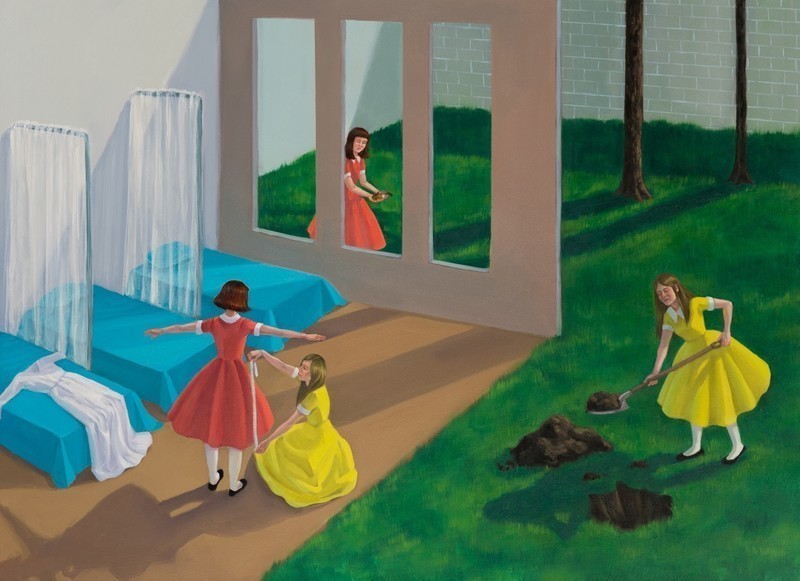 Dreaming As The Summers Die, 2017. Oil on aluminum.

ZOE HAWK's allegorical paintings and drawings are populated by adolescent girls in knee-socks and and Peter Pan collared dresses. Matronly women in veiled funeral garb sometimes stand guard, representing an oppressive and depressing future. These paintings point to a dominant narrative of idealized American girlhood and the nuances of  navigating inherited gender expectations. In these paintings, growing up female is an unfolding process of resisting and participating, subverting and submitting. Zoe earned her BFA in Studio Art from Missouri State University and her MFA in Painting from the University of Iowa. Her work has been included in exhibitions both in the United States and abroad, and reproduced in publications such as New American Paintings, The Oxford American, and ArtMaze Mag (London). She has attended artist residencies in Belgium, Norway, and the United States. Her latest residency experience was at the Doha Fire Station in Qatar, which culminated in group exhibitions both in Doha and Berlin. Her work was recently included in the current issue of Create! Magazine. Zoe lives and works in Doha, Qatar.

OtherPeoplesPixels: Do you think of your paintings as allegories? If so, for what?

Zoe Hawk: I do see them as allegorical. Ultimately my work is about the experience of girlhood, the transition to womanhood, and ways we learn our roles in society. The paintings are like stage sets, or dollhouses—little social microcosms where various stories can play out. All of the poses, facial expressions, colors and scenes are carefully chosen to represent different aspects of the girlhood experience. Many of the decisions are made to function as metaphors, and I often include references to classic stories, films, games, folk songs, etc. I want the narratives to seem sweet and familiar, like a story in a children’s book, but at the same time cause a bit of unease in the viewer, as if something is not quite right. 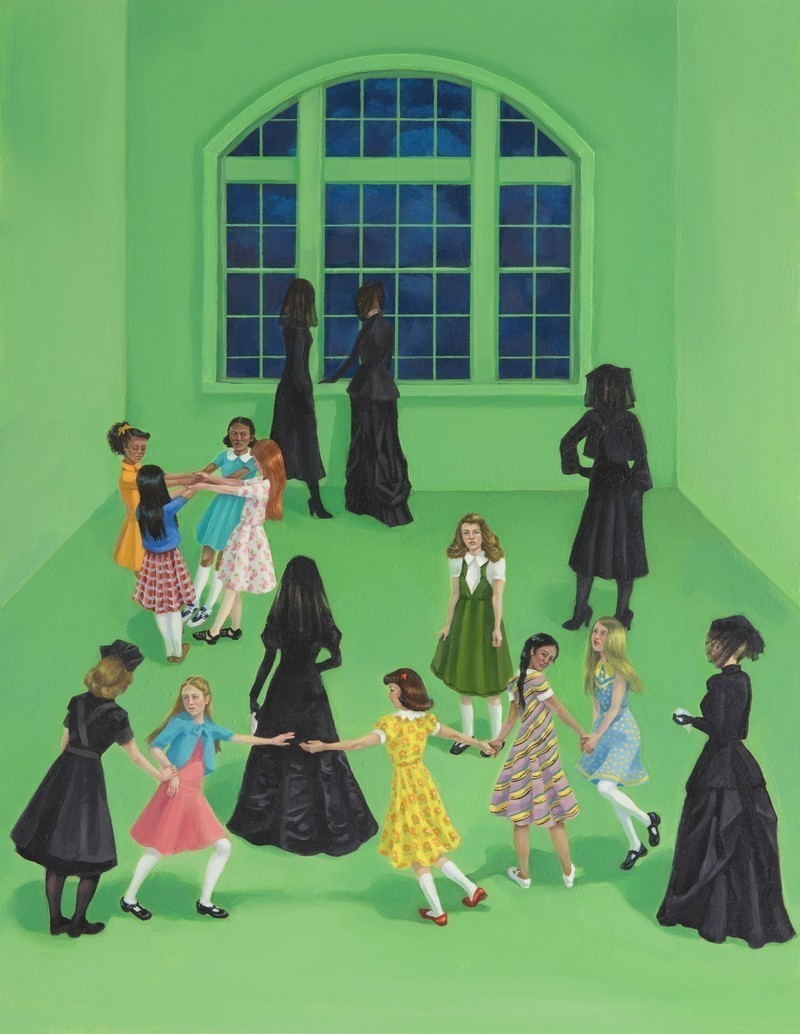 OPP: Can you talk about the difference between girls and women in your work?

ZH: Most of the girls in my paintings are at the transitional age of adolescence, when the realization hits that womanhood won’t be all excitement and romance, but that there will be violence, fear and unrealistic expectations to bear. This is where my depiction of the veiled women in black funeral dresses comes from. They are mourning the death of their childhood freedom and innocence. But from the point of view of the young girls, the women are something mysterious and unknown, both alluring and foreboding. Often the women are confining the girls, trying to rein in their wild energy, or looming over them with a watchful eye. Other times they are leading them by the hand towards the inevitable. 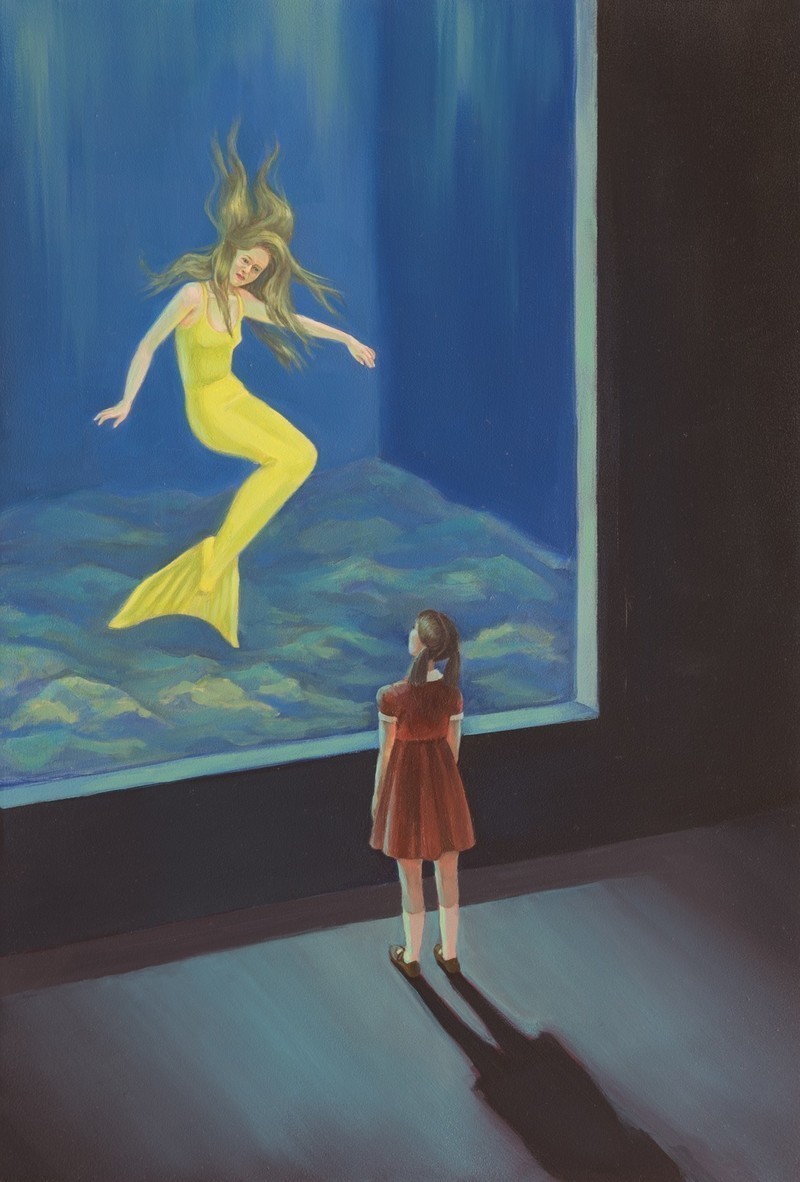 OPP: Very few of your paintings feature girls alone. This Way Over Obstacle (2016), Aqua Culture (2016) and Dream Home (2014) really stand out. In each case, the solitary girl is totally focused on something that has nothing to do with the group. How are these girls different from the rest?

ZH: The girls in groups are learning how to navigate their social environments. They sometimes work in tandem, like a flock of birds, while other times there is frustration, rebellion and contention between them. The solitary girls are more about introspection and curiosity—showing that girls have scientific minds, deep inner lives, and a sense of self that maybe conflicts with social expectations. Aqua Culture is about an intense moment of awe, wonder and a dark realization about the future. The girl in Dream Home is engaged in an act of curiosity, peeling back the artifice of her environment, exposing darkness, while symbols of domestic perfection are looming over her. I think the isolation of the figures feels much more stark and dramatic when seen in contrast to the group images. It becomes less about interactions and more about the potency of one singular action, and about the impact of the surrounding environment. 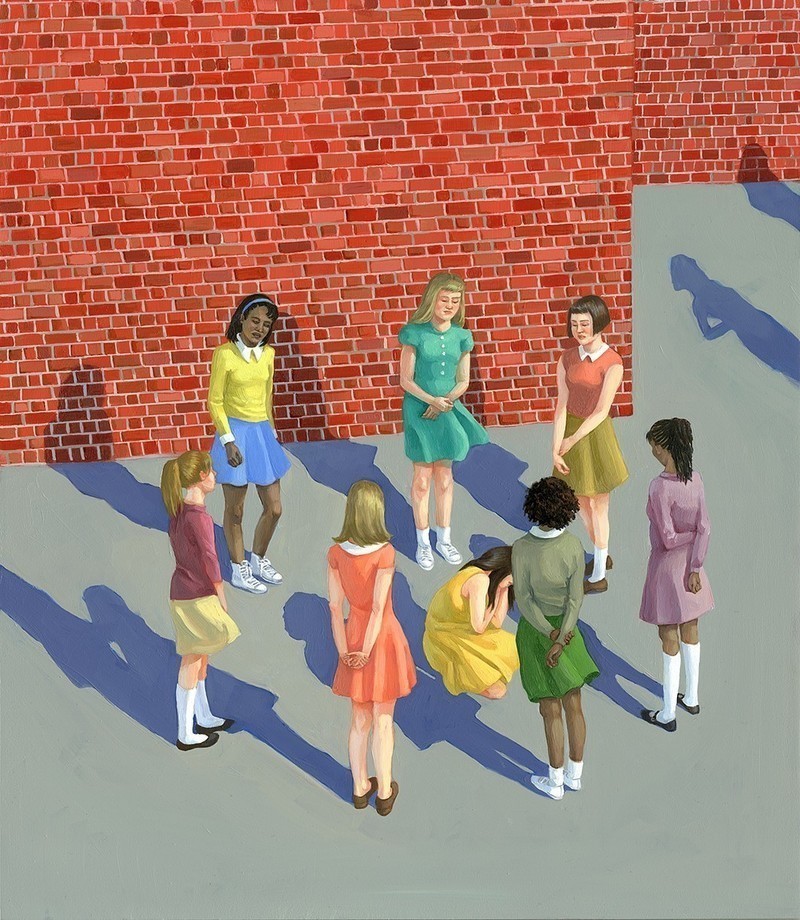 OPP: Tell us about the clothing in your paintings. Lots of white knee socks, white collars, skirts and dresses. I don’t think a single pair of pants. They seem like school girls, but not contemporary teenagers.

ZH: The clothing the girls wear represents different modes of feminine identity: the uniforms are a metaphor for socialization, institutional power and conformity, while the floral patterned dresses and white bridal/baptismal dresses represent femininity, purity and innocence. I like to reference clothing from the 1930s through the 1960s—like the white collars and pastel dresses—because to me it is the epitome of American idealized girlhood, and represents the gender ideals that are still woven into the fabric of contemporary culture. I think imagery from the past functions well as a stand-in for the current social climate, because it allows distance from our daily lived experience. And as much as the paintings are a critique of these gendered constructions, I acknowledge my own pleasure that I take in these things—the childhood joy I felt as a girl in a puffy, pink dress—and the internal conflict I feel as a result. 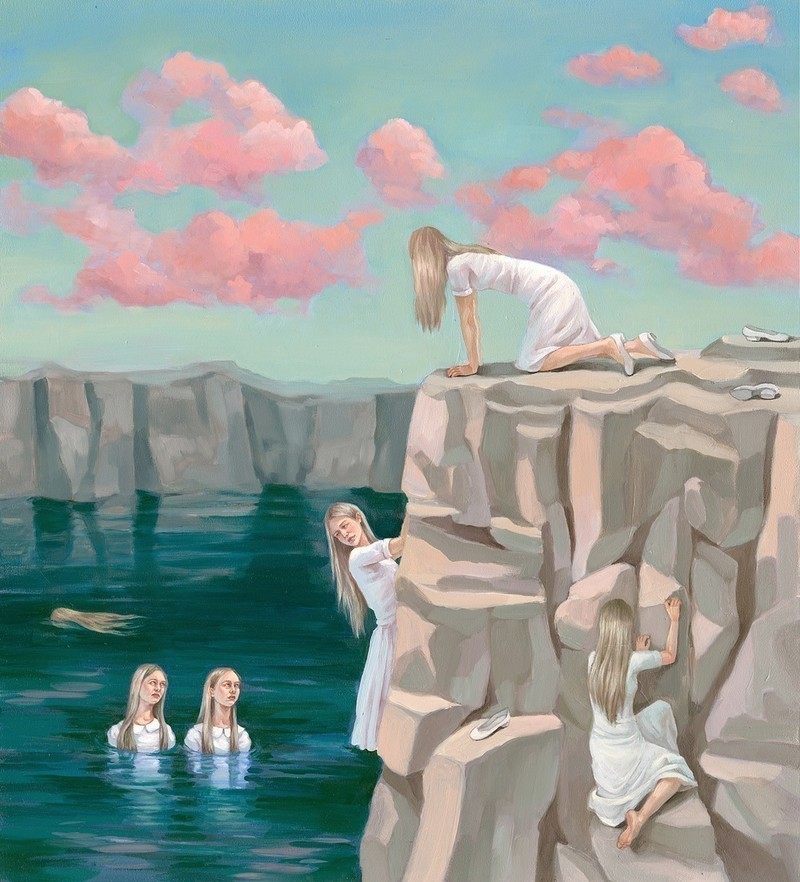 OPP: I think about these paintings as about the conflict between wanting to belong and wanting to assert individuality. Sometimes the girls fall in line and sometimes they rebel. To what degree do these characters have choice in the matter?

ZH: I think adolescence is so interesting because of this conflict between the desire to fit in and a need to rebel. I want that tension to add to the overall sense of uneasiness in the paintings. I often like to paint the girls’ faces and actions in a way that expresses their curiosity, sadness, fear and frustration, in spite of the rigid idealism of their clothing. The question of choice is interesting, because I think we are all a product of environment, upbringing and circumstances. But I love the idea that some of these girls can break free. 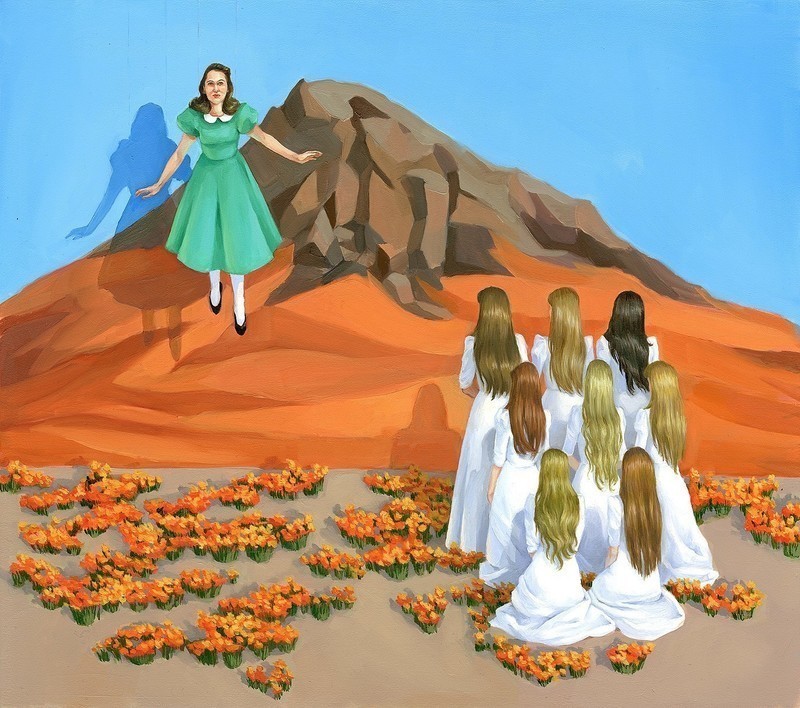 OPP: I agree about each of us being a product of our environments, upbringing and circumstances. So how does that fact relate to the dominant cultural narrative of “idealized American girlhood,” which seems to be predominantly white, middle class and suburban? How do we deal today with this inherited—and limiting—storyline about how girls should be?

ZH: Yes, I definitely see that idealized narrative as a misrepresentation of the broader girlhood experience, and something that has been an oppressive force for many. It certainly differs from my own experience growing up, but it is a narrative that I consumed along with most other girls because it was the only one offered by the mainstream. For me, the discovery of alternative female voices in books, music, comics and art was essential. I think diverse options are more accessible to girls now, thanks to the Internet and social media, but we still have far to go. Representation is important, so I think we need to amplify the creative voices of women—especially women of color, trans women, immigrant women, and others who have traditionally been denied a place at the table—in order to culturally redefine what it means to be a girl. 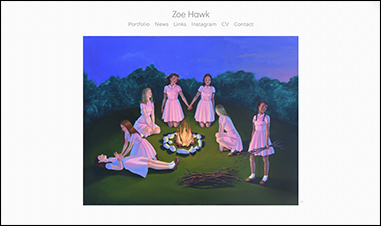