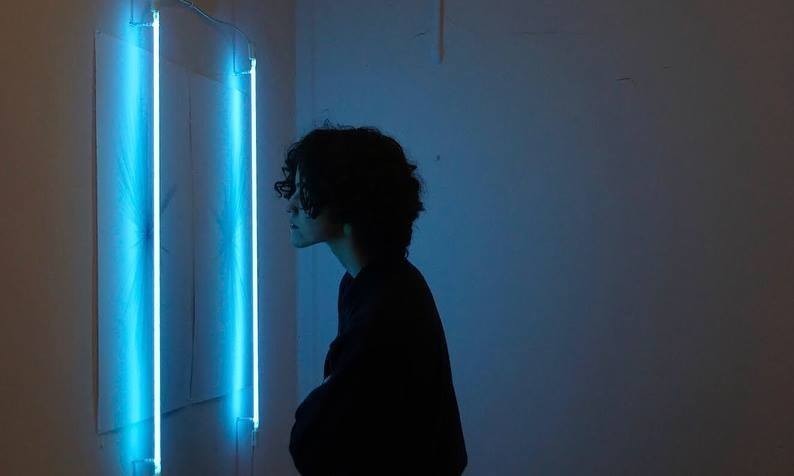 Interdisciplinary artist ALICIA KING explores the relationship between the human body, technology and the always-imminent Future. Some sculptural works combine the visual language of the religious reliquary with living human cells. Other text-based works, rendered both in neon and in balsa wood that mimics the form of neon, highlights the false dichotomy of nature and technology. Alicia earned her BFA in 2005, followed by her PhD in Fine Arts in 2009 at the University of Tasmania, Hobart Art School. She exhibits internationally and has been included in group shows in Germany, the United States, Japan, Vietnam and Australia. Her work is included in the Fehily Contemporary Collection and the permanent collection at The Museum of Old and New Art (Hobart, Tasmania). Alicia is preparing for two solo exhibitions in 2019 in Melbourne: Our Long Conversation with the Sun at Linden New Art and Alien Nature at C3 Contemporary Art Space. Alicia lives and works in Melbourne, Australia.

OtherPeoplesPixels: What’s the relationship between biology, technology and spirituality, as you see it?

Alicia King: The spiritual link is interesting, and it can be culturally specific. For example, Japanese culture has a history of animism that influences their approach to robotics, but I’m not sure Western culture really makes that connection. I think the technological can seem in opposition to the spiritual because we generally equate the spiritual with nature, and tech is often seen as the opposite of nature. I wouldn’t say I’m overtly interested in spirituality, but I guess I allude to those ideas through exploring subjectivity and embodiment in biological materials, the sublime and phenomenological in nature and technology.

In a way, the reliquary pieces play upon fake miracles of technology and the idea of science as fulfilling the mythology of the future. 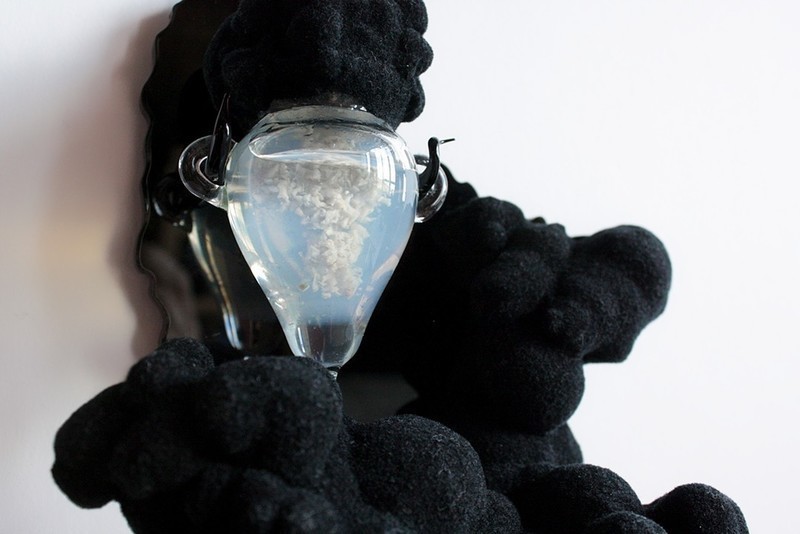 OPP: Yes, I was specifically thinking about the reliquaries like Slip Me Some Skin (2009) and Delicacies of the Dead (2009). Works like these refer to the Medieval Christian practice of memorializing dead saints by their body parts, which were intended as devotional objects that link human and God. What does it mean to create reliquaries for human cells from anonymous donors?

AK: How we deal with bodily materials once they are outside of their host body is really varied and fascinating. When used by industry, tissue is generally anonymous, objectified and considered to be a waste product, though it has incredible financial value. The individual origins of the tissue are removed and it is used like any other raw material commodity.

In the case of cells from anonymous sources, the use of the relic applies a sense of subjectivity to bodily material, and places focus upon the identity of the tissue through the limited information available about its origins. It’s also used to make viewers aware of how tissue is used and the ethical issues involved. There are online tissue banks where researchers purchase cells and tissue, and that tissue is sourced from individuals—it’s a pretty wild concept. 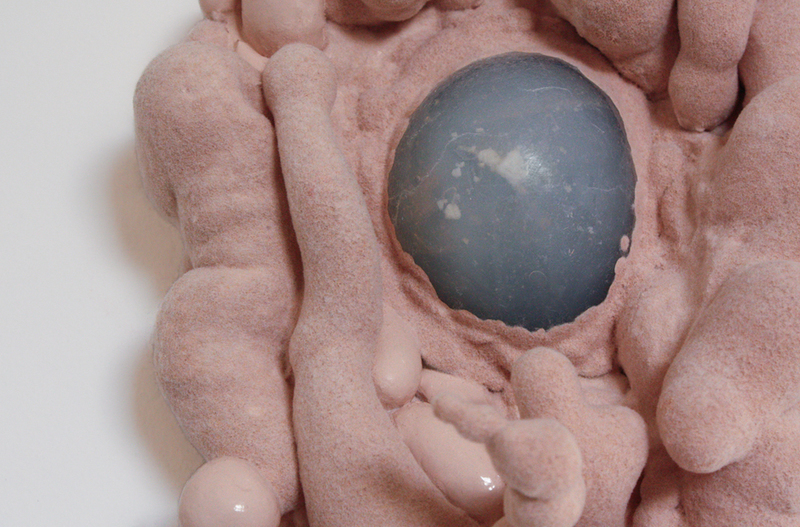 OPP: Is it a different experience when you use tissue from your own biopsies?

AK: With my own tissue, I was exploring an experience of self and whether working with my own tissue would effect my sense of embodiment. When was a teenager I had facial surgery that changed my face significantly and ruptured my sense of feeling in sync with my body. It also got me thinking about the psychological effects of adding and subtracting from the body with the living materials of other humans and animals, and really started me on this body of research. 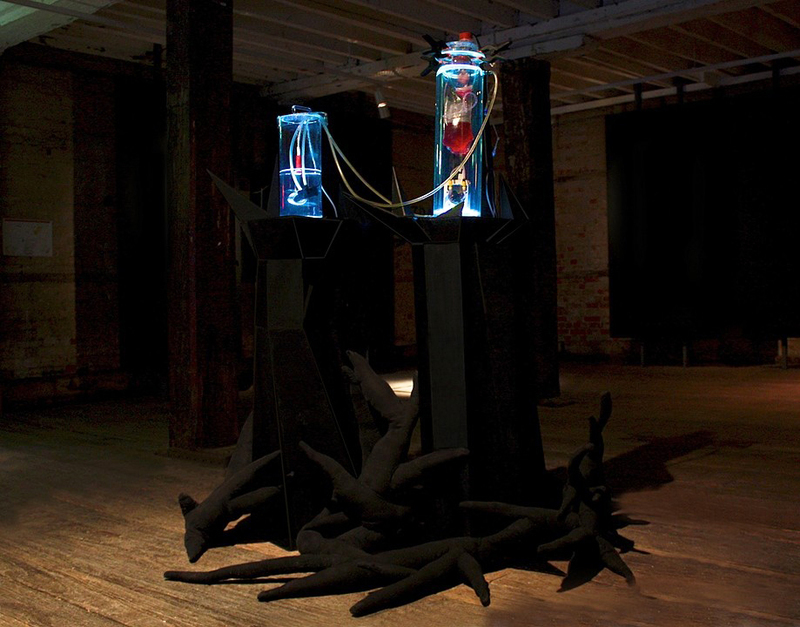 OPP: In works like The Ephemeral Flesh Project (2010) or The Vision Splendid (2010), what are the practical logistics of working with bio matter as an art material?

AK: Working with living systems (human cells and tissue) is challenging and hard to describe. It’s a really layered and subjective experience—you can’t help being aware that the material you’re working with is alive, and that it comes from a human/s body. It’s also really temperamental, you can’t control the physical or aesthetic outcome like you can with non-living materials, you have to let the material guide you, and it’s prone to illness, infection and death. It’s a very strange process. 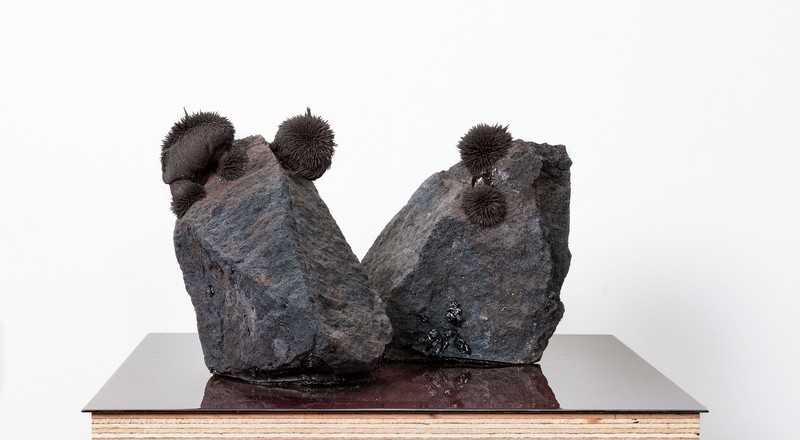 AK: My PhD explored how artists contribute to dialogue around the influence of biotech developments on our sense of humanness. The thesis comprised a body of artwork and a 40,000 word exegesis.

I was looking at different relationships that we have with the body in society.  Firstly, the way that bodily material is physically used in science and medicine, i.e. how it is physically processed and/or manipulated; how it’s regulated in an ethical and legal context, in relation to commodification of bodily materials, i.e. who has rights over our bodily materials, and what can be done with them. And lastly the history of ritual attitudes to the body, in the sense of the emotive and subjective relationship we have to our bodies, living and dead, through reference to the historic bodily relics. We conceptualize and deal with the body with such conflicting and irrational perspectives. And I’m continually surprised by how disinterested people seem to be about what is happening to our bodies in science and legislation. 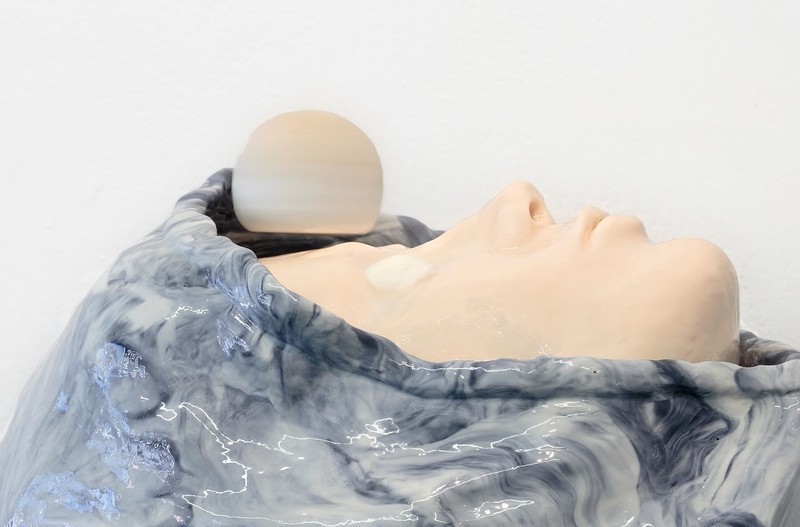 Natural Phenomena. 2015. Detail. Biological amulet levitating above a cast of the artist's bust. The amulet rotates as it levitates, seemingly propelled by telekinesis.

OPP: Tell us why you chose to get a PhD and how it’s affected the visual art you now make?

AK: It’s more common in Australia for artists to have PhDs. Depending on your arts practice, it can help your work to be taken more seriously. My work has always been a fairly even mix of practice and research, but it helped me access University facilities and personnel in other faculty areas for research projects that I’m not sure would’ve happened if I’d been a random artist. Australia is pretty antiquated in its attitude towards artists, so it helps to level the playing field between artists and researchers/academics. 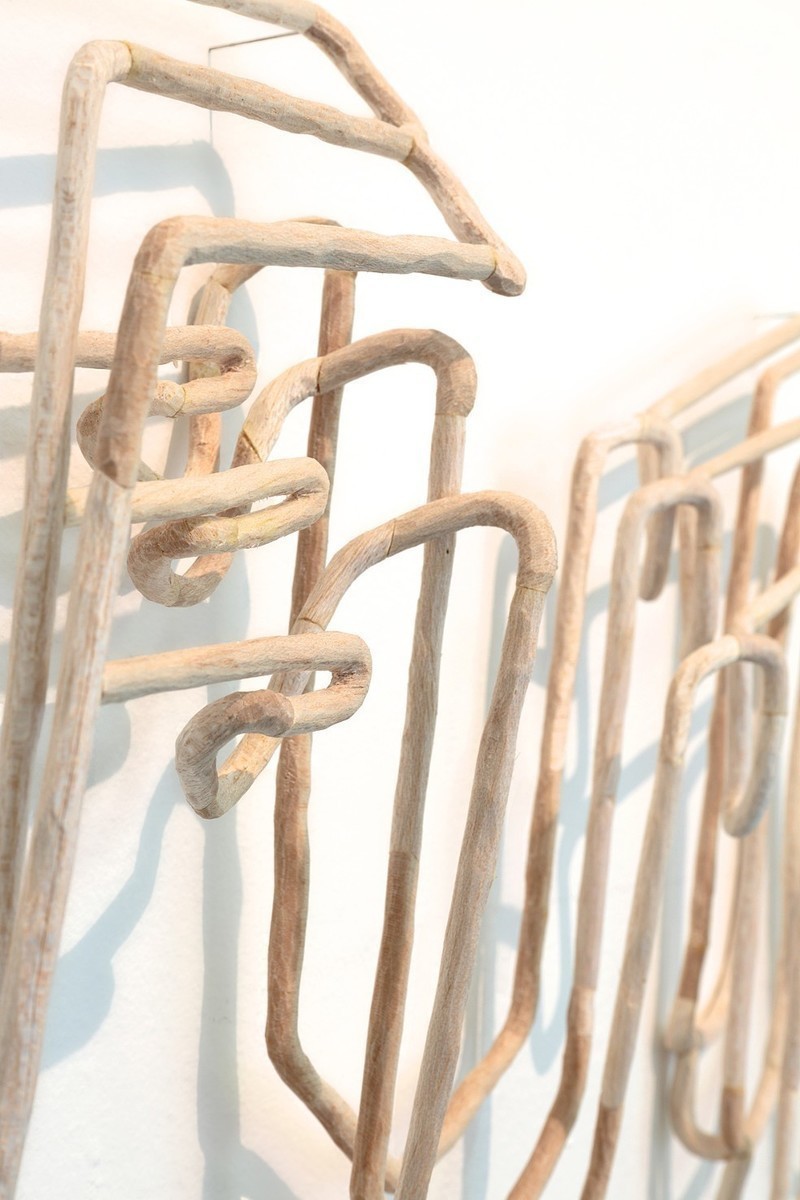 OPP: You’ve recently been making text-based works in balsa wood —Why Die and Clone the Future, both from 2015—and neon? What’s the relationship between the two materials and the text? Does one address your conceptual interests more effectively?

AK: I find neon really interesting as a pop-cultural signifier of hi-tech and the ‘future.’ Neon is also biological, made from glass and natural gases. It can be seen as an atmospheric microcosm, much like the Aurora Borealis gases in the atmosphere, condensed in a glass tube and activated by electricity. So for me, it really embodies the relationship between nature and tech.

Hand-carving neon text in a natural material like balsa wood adds a layer of ambiguity to it, yet at the same same time directly relates the natural with the technological.

Language also plays an important role in cultural hierarchies. The text alludes to pop culture and biotech in order to play with some of the iconic mythologies about science and the future. 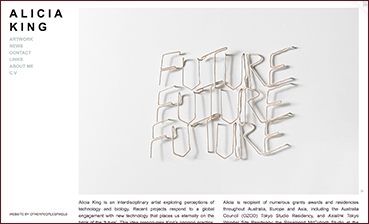