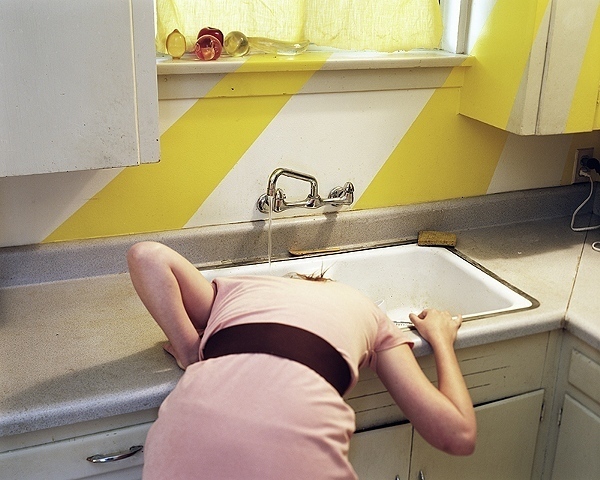 An image from photographer Anastasia Cazabon’s series From the Secret World depicts a slim woman in a pink dress leaning into a kitchen sink, her head lowered so deep that just some stray red hairs from the nape of her neck are visible. The water is running.  Is she retching? Preparing to take a sip? Its status as the image on the artist’s website’s landing page invites a read as an introductory statement. Over the sink, a thin yellow curtain glows behind an assortment of glass fruit and orbs on a corner of the windowsill. Diagonal bands, painted yellow across the white kitchen cabinets, are angled to the same degree as the torso. Even the faucet is swiveled in the same direction. It is evident that every detail in this mise-en-scène has been carefully arranged and considered.[1]

The Boston-based Cazabon has worked on several series of color narrative photographs that are informed largely, according to an artist statement, by fairy tales and childhood memories. Images of beds and napping appear throughout Cazabon’s work, encouraging fairytale associations to beauties who have fallen into deep sleep. In an image from the series Love and Rivalry, a Band-Aid, complete with the specks of blood, is stuck to a window framed by red gingham curtains. Perhaps Briar Rose, who pricked her finger with a spindle, left it there after she woke up from her 100-year sleep. Even the photograph of a piece of blackberry pie with nearby spoon and coffee dribbles on a kitchen counter, in this context, seems to suggest that after one poisonous bite, someone collapsed out of the frame and onto the floor for a good long nap. 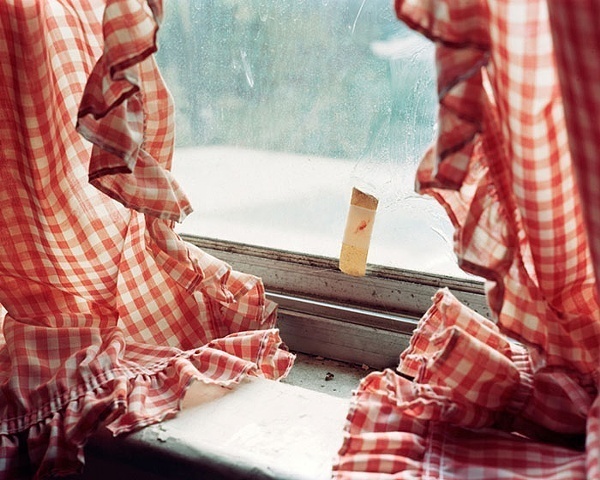 Anastasia Cazabon, from the series Love and Rivalry

Cazabon explores the deep bonds of female friendship with its secrets and adventures. There is frolicking and hair grooming. The women who appear in Cazabon’s work are often partly out of the frame. They run off nearly out of view, into the night or the woods or sit with their back to the viewer on an unmade bed. One slips headfirst into the crack between a wall and a twin bed. Another naps on a mossy green velvet sofa, an arm shoots out from under a floral throw pillow with only the back of her blonde head visible.

Poetic still lifes add another layer of psychological drama to Cazabon’s magical realist-tinged images. The work of Gregory Crewdson also comes to mind as a sort of learned uncle to these much smaller and far less elaborate narrative images. While Crewdson takes on entire towns, Cazabon stays close to home, incorporating what exists nearby—from insects (dead or alive) to the texture and sheen of domestic textiles—into her compositions.

There is narrative overlap and familiar motifs can be spotted in other series titled Stories and I lost something in the hills. At times, the story is linear as in the image of a wad of pink gum stuck on the black hair in the back of a head. Another character, partially obscured, seems ready to examine the situation. The following image shows a small, hairy wad of gum on a neutral carpet. A pair of scissors poke out from under a dresser nearby—like evidence purposely left behind for forensics. 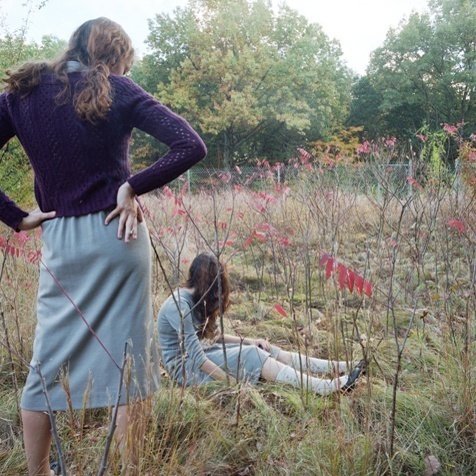 Anastasia Cazabon, from the series Stories 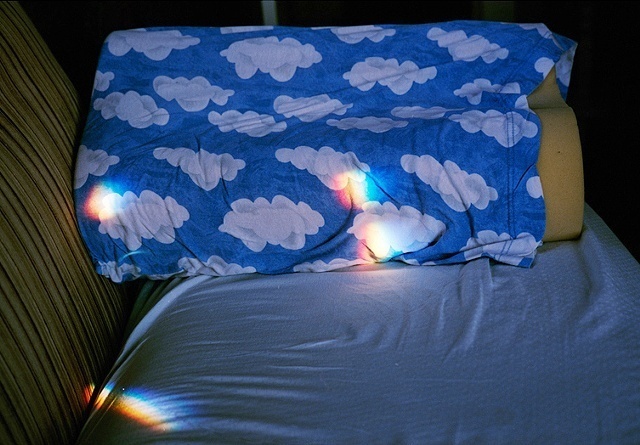 Anastasia Cazabon, from the series I lost something in the hills

Cazabon excels at planting small clues or mirthsome details. In an image of a woman’s torso behind a glass door, there is a bee that blends into the honey brown wood and is almost unnoticeable despite being at the center. Mostly the narrative sequences are less obvious and somewhat mysterious.

Cazabon’s sensibility is expanded in her video Dream Logic—with the bonus of seeing ants move across the surface of a book while a woman naps nearby and hearing a chorus of crickets. Less successful are the eight images in the series Learning, where the application of hair, sleep and play motifs come off as clumsy and seem imposed onto what might have been straight-on documentary shots. Her recent video work also seems to still be finding its way. If any of Cazabon’s images have titles, they are not made known to the viewer. Perhaps the omission of titles is meant to foster ambiguity. Viewers are already being told a story, however, and while words might add a layer of meaning, they could still hold mystery. 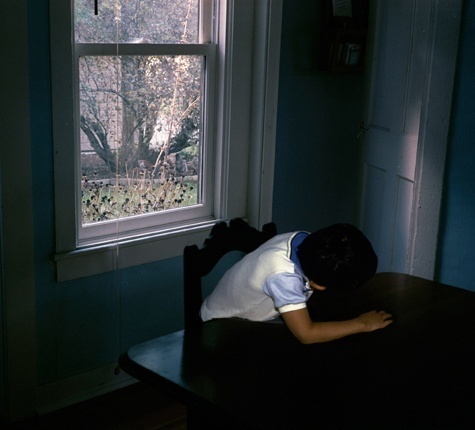 Anastasia Cazabon, from the series Learning

In general, Cazabon’s repetition of ideas and motifs speaks to fidelity and is part of the process of working out a problem or exploring a connection to an idea. For instance, there is a photograph of a pearl necklace being pulled out of the dirt at the base of an abandoned building and another image of a necklace caught in the rocks of a stream. Both are compelling and lovely and point to the artist’s commitment to refining her visual language. The danger, however, is that driving over the same ground can easily become a rut. At this stage, the artist appears to be under a spell but there is enough strength in her work overall to suggest she will awaken refreshed.

[1] When I was invited to write an essay for OPP, it was with the understanding that I would only have access to an artist’s website. Normally, I will not review work that I can’t see in the flesh. Digital photography and video are two mediums that I felt I could study online comfortably because I see the screen a natural habitat for digital work.

This is the sixth and final essay in the  OPP Art Critics Series. Check out essays from the series here: