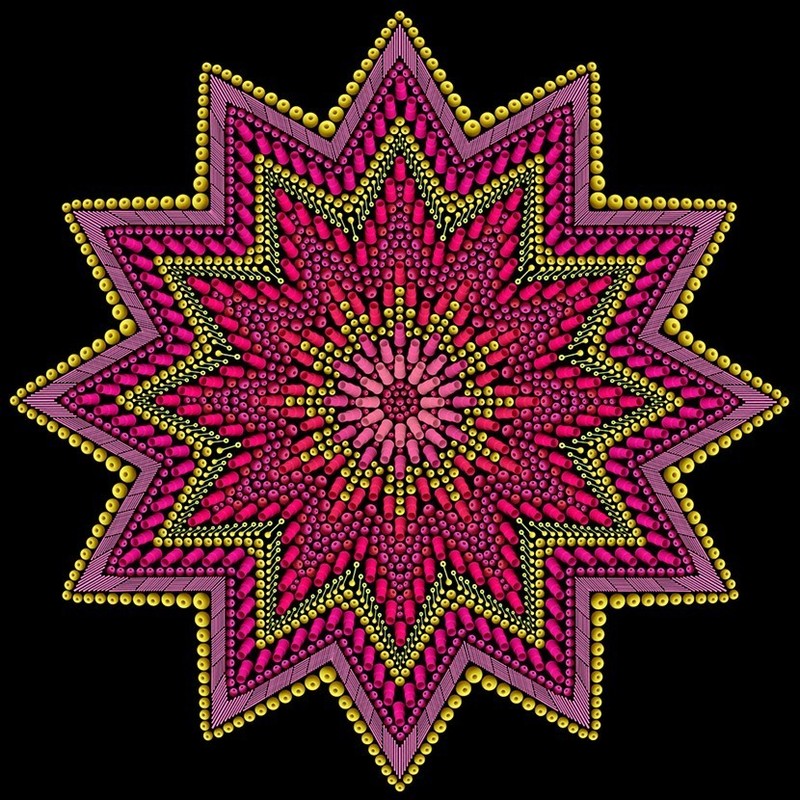 MARK ZAWATSKI asks us to consider the authenticity of manipulated images in his painstakingly-composed mandalas and fields of color and pattern. Each digitally-constructed photograph takes hundreds of hours to create and involves repetitive, but unique gestures of the hand, subverting our expectations of the boundary between the digital and the handmade. Mark holds a MFA in Sculpture from Yale University and BA in Art from The University of California, Los Angeles. He teaches photography at Onondaga Community College in Syracuse and Ithaca College. His work has been exhibited at the Wright Art Gallery (Los Angeles, California), Fullerton College (Fullerton, California), The Gallery at the Ann Felton Multicultural Center (Syracuse) and the Yale University Art Gallery (New Haven, Connecticut). Originally from Los Angeles, Mark lives and works in Syracuse, New York.

OtherPeoplesPixels: You received your MFA from Yale in Sculpture (1999). How and when did you shift to digital photography as your primary medium? What was your sculptural work like?

Mark Zawatski: Video, installation, performance and photography were part of my sculpture experience. I also made Fluxus-like collections and cases out of plexi glass that contained manufactured objects along with unique systems of hundreds of handmade objects constructed of wax, wire, paint and foam.

In 2008, I started making photograms of manufactured objects as a way of looking at simple image-making. Man Ray’s photograms always appealed to me for their simplicity, abstraction and beauty. There’s a sense of playfulness, performance and the passage of time captured in those pictures. This led to an interest in the process of making pictures. 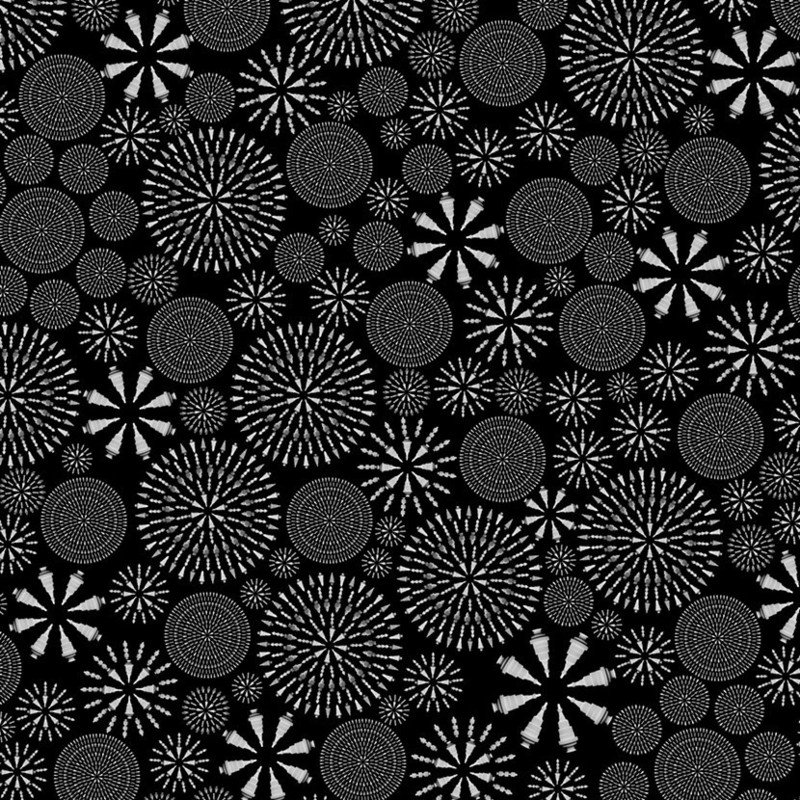 OPP: Are your composites made of photographs you actually took or are the thousands of images that go into each piece scavenged from other sources? How important is it that viewers recognize the objects?

MZ: I photographed the objects individually. Sometimes they are remnants of products I consumed or manufactured, transitory objects I acquired. I wanted to document the physical ephemera of everyday life: objects we've all seen and used many times before but probably overlooked. For example, the objects in Gothic are remnants of products I consumed over a three-year period. I limited the collection to white items made of plastic: lids from juice and milk bottles, contact lens solution caps, dish soap caps, eye drop caps and laundry soap caps. 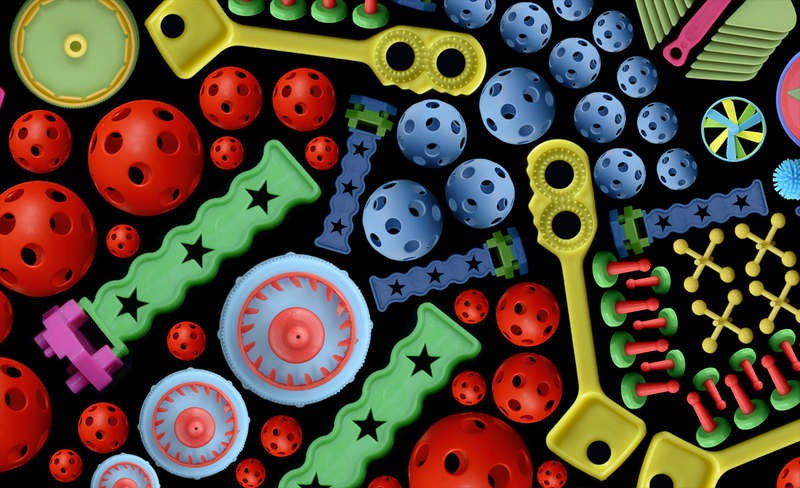 MZ: Lines is the first series made from a single photograph of a drinking straw. The image was duplicated and placed into individual columns. I continued to make more and more parallel lines, altering their color as I went. Prior to this, my photographs contained “straight” digital images with no manipulation. Ultimately, these are photographic drawings with a nod to photo history and an emphasis on process through the repetitive duplication and hand placement of each drinking straw. The lines look machine perfect, but there are subtle variations among them.

In Lines, I was interested in how appearance and meaning often don’t match up or can be misleading and confusing. They are meant to be optical illusions, fields of confusion that pull your eye in different directions. I wanted to disrupt the expectations we bring to experiencing photographs, which traditionally rely on single point perspective and lead viewers to see or believe something specific. The Lines have a conversation with Bridget Riley paintings, but the illusion is made of simple yet realistic photographs.

The images in Local Places series are made by fusing two separate line fields to create a single picture that vibrates and moves reflecting how we attempt to reconcile both appearance and meaning simultaneously. I also wanted to make a connection between what we think of as local and impersonal mass-produced culture.

Circles and Stars were even more time consuming than creating the labor intensive Lines. Each image took between one and three months to create, and in some ways could be seen as performance pieces. The largest piece is made from over 1,000 images and required many repetitive yet unique movements. It was a significant challenge for me to stay focused on the work for so long. While I was making the work, I thought about the performance and conceptual aspects of work by artists like Agnes Martin and Richard Serra. But I was also thinking about Jeff Wall and questions of truth in photography. I wanted to examine the possibility of a manipulated digital photograph being a form of authenticity. 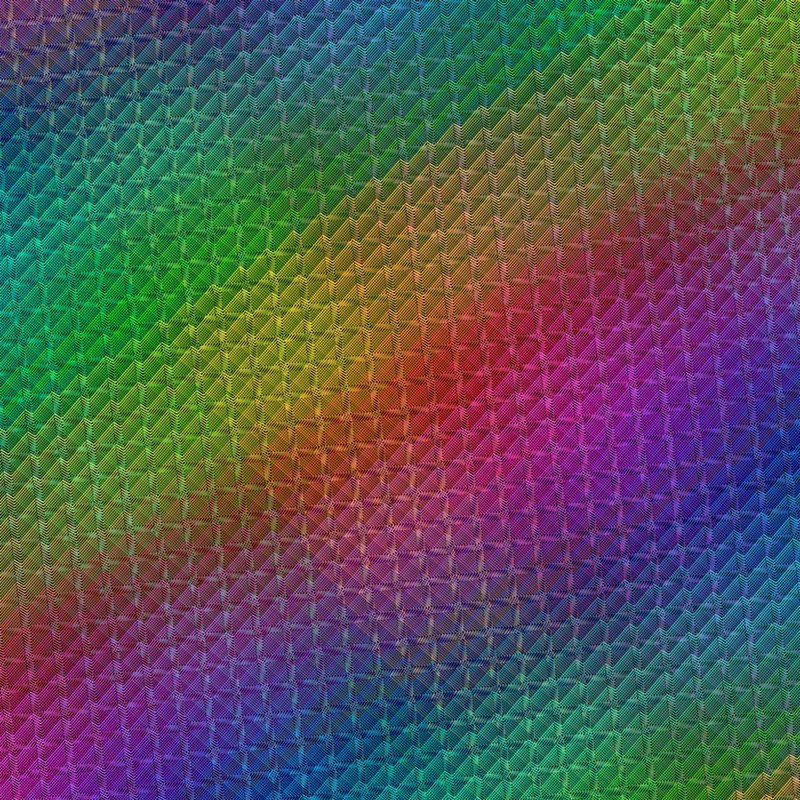 OPP: Have you ever have any issues with carpal tunnel syndrome or tendinitis?

MZ: Haha. . . no, not yet. But I wouldn’t be surprised if I’ve damaged my eyesight from staring at my computer screen for so long.

OPP: The compositions in Circles and Stars (2012-2013), Dots, and some pieces from Gothic (2011) reference mandalas. What brought you to that form?

MZ: A search for form led me to the circle. Maybe that’s a sculptural concern applied to photography, but a circle is a simple organizing structure. The Dots are meant to be simple pictures. Each one is composed of photographs of tiny, plastic discs. As photographs, the discs become reduced to pixels of color and are barely recognizable as actual objects. It’s the moment when a photograph becomes an abstraction.

While it wasn't my intention to reference a mandala with the circular pieces, I like how mandalas promote a meditative space both for the creator and the viewer. These pictures for me were about process. I wanted to create a photograph that would cause the viewer to do a double-take, to invite them to consider the handmade processes that go into making a digital photograph. 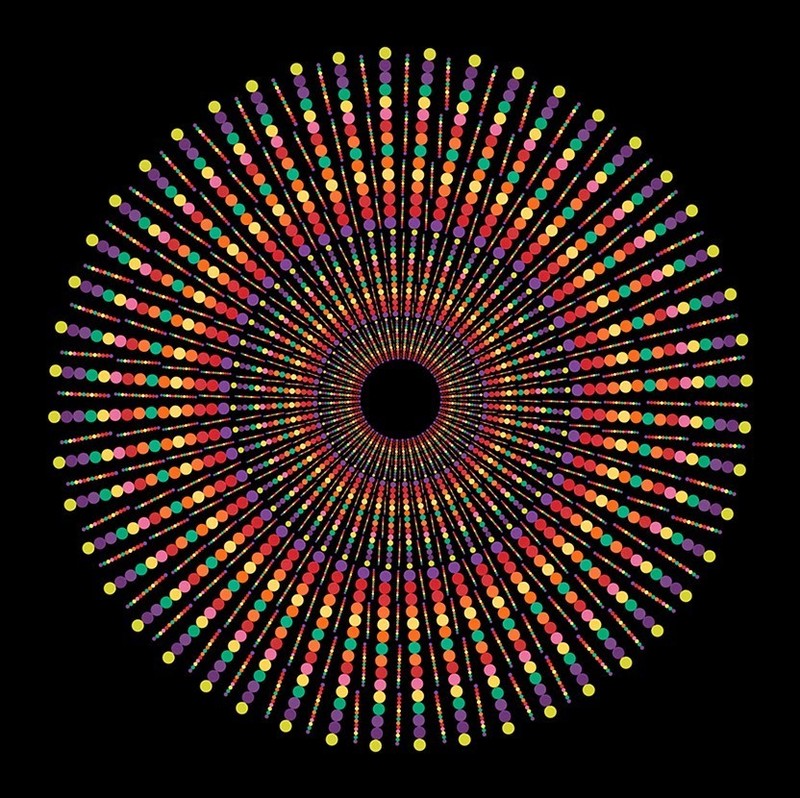 OPP: All art manipulates the viewer, right? And all art media have authenticity. Why do you think people view digital photography as inauthentic? Do you think the average person still expects a photograph to be "true?"

MZ: Maybe it’s the simplicity of the technology that invites distrust. In just seconds and with minimal skill, a picture can be manipulated, its focus altered and its meaning changed.

The photography community still reinforces the notion that there is a truthful photography and a manipulated, false photography through competitions than ban manipulated works. I’ve heard the occasional story of a disqualified, winning photograph that is revealed to have a tiny bit of color adjustment. This is mirrored in the beliefs of most people who also make the same distinction between fake photography and real photography. But when you press people to define that boundary, when essentially all images are digital today, people are uncertain as to the criteria for digital truth. We are only a decade into consumer digital photography, and as in early photo history, people aren’t sure what they’re getting. Most people have no idea what a digital image is or how it’s created. But they can tell you that film is a piece of plastic with silver stuck to it, and that confers truth.

OPP: Does the prevalence of smartphone cameras and Instagram filters affect these perceptions at all?

MZ: Instant, online images only add to the anxiety. Whether we are conscious of it or not, we are constantly having this conversation in our heads about the real or altered nature of pictures we consume. This skepticism has become an automatic response to digital images. Not that this is new. Since it’s inception, digital photography—like early color photography—has been disdained by the photographic community. So, there’s already a built-in bias. It’s only now that the technology has become integrated into our daily lives through smartphones and online content that we are confronted with the increasing frequency of these questions. Digital pictures are confusing to decipher and interpret. It’s this uncertainty that I’m investigating. 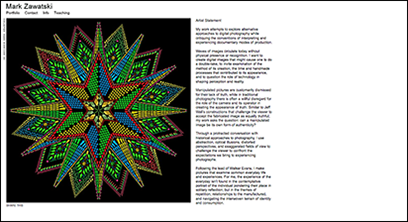