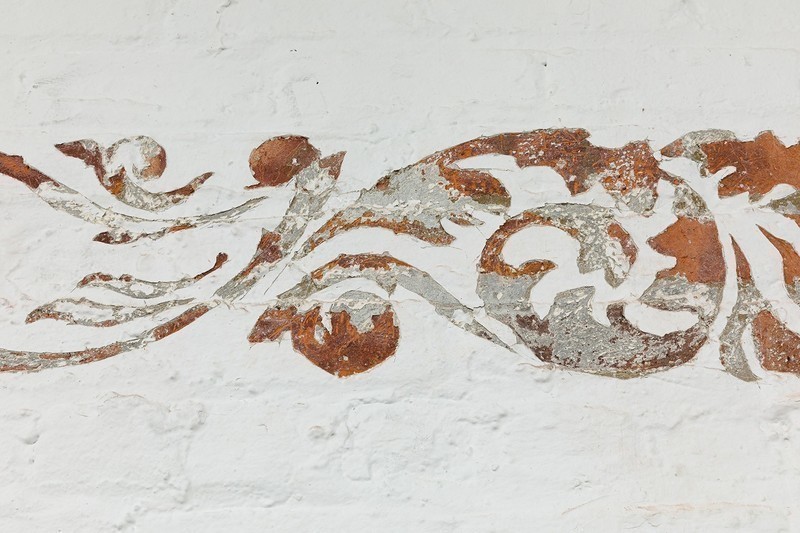 SONYA BLESOFSKY's ephemeral installations and sculptures deal with decay, development and gentrification. She uses these issues as metaphors for loss, transition and memory. Her works depend—physically and historically—on their sites. Some consist of recreated elements of the built environment—both ornamental and functional—out of butcher paper, velum, cardboard and aluminum foil, while others are cuts directly into the gallery walls that reveal the hidden history of the building. Sonya earned her BFA in Community Studies/Studio Art at University of California Santa Cruz and her MFA in Painting at San Francisco Art Institute. Her solo projects are numerous, including shows in San Francisco, New York, Miami, and Knoxville. Most recently she created Window Study: St. Göran’s Gymnasium, Arkitekturens Grannar in Stockholm, Sweden. In 2019, she is a NYSCA/NYFA Fellowship Recipient in Architecture/Environmental Structures/Design. Sonya lives and works in Brooklyn.

OtherPeoplesPixels: You got your MFA in Painting in 2005, but you now work exclusively in sculpture and site-specific installation. What were your paintings like?

Sonya Blesofsky: My paintings dealt with some of the same anxieties and fears that my current installations address, and they represented the same issues of fragility and loss, only the power dynamic in the work was the opposite of the kinds of pieces I make now. The paintings were always received as having been made by a man. They were very large images of almost monstrous semi trucks painted on shiny metal.  I think they had qualities viewers equated with masculinity: strength, power, overt forcefulness, monstrousness that both attracted and repelled. (As an aside, I don’t like to characterize “masculinity,” but am conjecturing about what led people to assume the work was made by a man.) 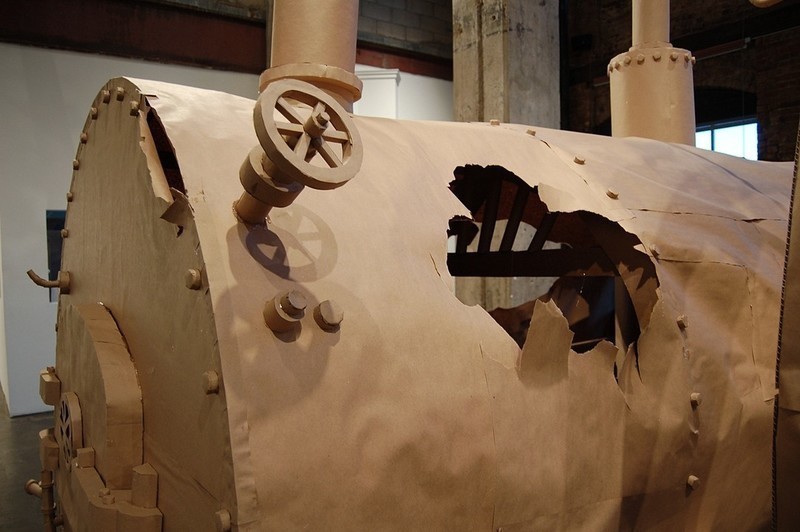 OPP: What led you to shift into 3D work?

SB: A pivotal piece that catalyzed the transition from 2D to 3D work was a small sculpture of a semi truck made of aluminum foil. Instead of asserting fear and power, this small piece turned the power dynamic on its head. It showed the viewer that they would need to exercise restraint to refrain from crushing the piece—which would have been very easy to do. Next up, I made a freeway overpass in cardboard, and that began my move into working with fragile materials. I created sculptural work in paper for the next ten years. Working in a 3D mode was a way to confront issues of power, fragility and my anxiety about everything in life being temporary in a more real and tangible way. 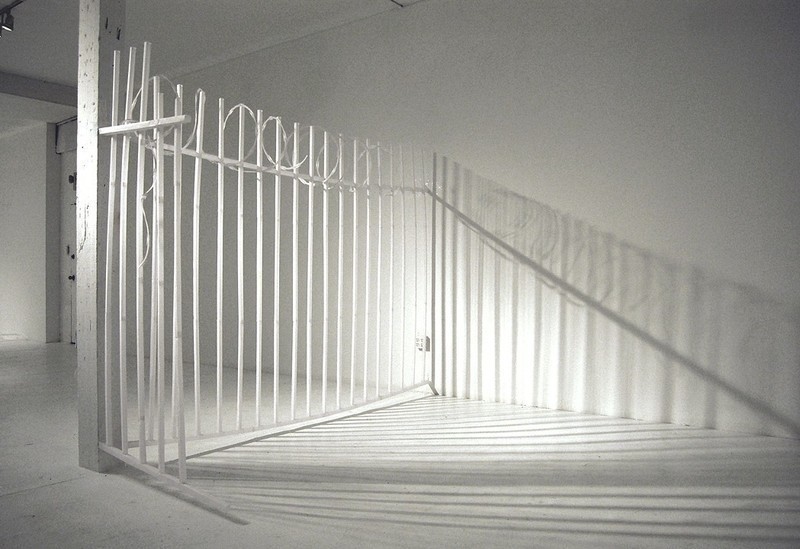 OPP:  You’ve mentioned fragility and impermanence. Can you talk specifically about how the materials you choose convey these concerns in works like Detour Ahead (2012), Study for TriBeCa Fire Escape (2007) and your 2011 show Tenement at Mixed Greens?

SB: I have always been concerned with loss—personal losses, community loss, and even the change and disappearance of inanimate things. I moved to NYC in 2005, which was the year the entire Brooklyn waterfront was rezoned, paving the way for over a decade of intensive change in the city. Working with paper, which is ubiquitous, temporary, and fragile, was a way to create a metaphor with my materials and speak to the fact that everything around us in the city is changing, will continue to change, and loss is an inherent part of living life.

I have a particular love for paper, and moreover, I’m happiest when making materials do what they’re not supposed to. Working with paper, foil and tape in a sculptural way was satisfying not only to my material sensibilities, but to my desire for a challenge, as it was always a great feat to get tape or paper to “stand” and form in three dimensions. There was always a lot of trial and error and learning as I went. On top of serving to push the metaphor, I am haunted by images of destruction—images of September 11th, for example—where metal structural columns are twisted and bent and look like they were made of aluminum foil. 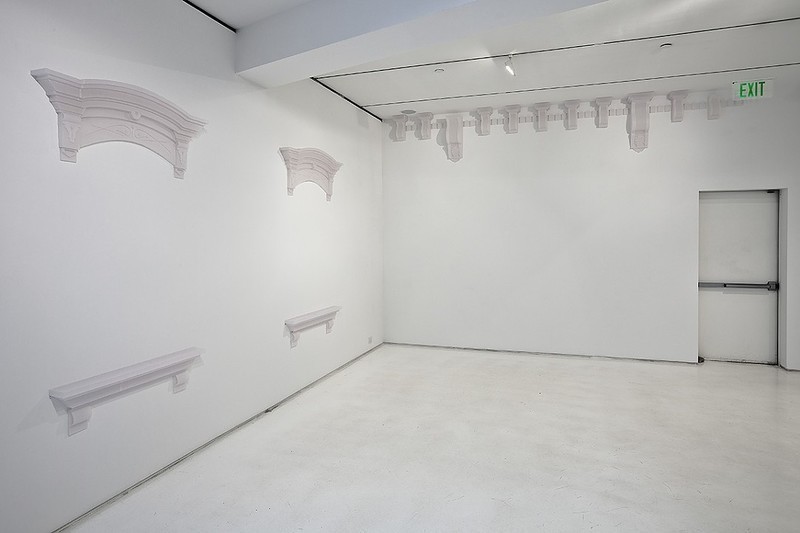 OPP: Can you talk about the visibility of support structures for freestanding objects in installations like Study in Proportions (2016), Afterimage (2017) and Sneaking into the Monument Lot from the Building on the Right (2019)?

SB: I am interested in underbuilt structures and makeshift architecture. I am not an engineer, nor architect, and the work is often about my vision for a structure to hold itself up with very little knowledge or planning on how to do so.  I tend to have a basic idea of how a structure will hold, but building structures on site is filled with unknown issues, and I end up creating a set of problems for myself that I have to be incredibly creative to get myself out of. So: ultimately I do know a bit about makeshift building.

I want to bring transparency to the fact that my structures are built on-site and with little planning, so I usually leave the process of making the work visible. As for holding up sculptural pieces with structures: in my latest work, I take a found architectural element and imagine where or how it might have been located in a domestic or utilitarian space. I look at clues in the found/scavenged elements and use those clues to tell me how the item might have been placed or used. For example, I look at notches and joinery in a structural beam to imagine how it might attach to a column, or how it might get angled in relation to other elements in a structure. 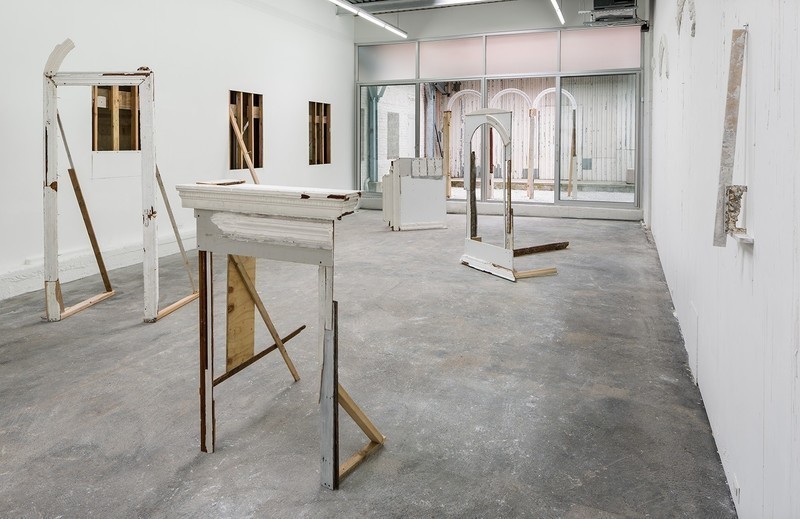 Sneaking into the Monument Lot from the Building on the Right, 2019. Installation view.

OPP: In many recent installations, you cut into the walls of gallery spaces to reveal the bones of the buildings. Can you talk about the logistics of this kind of work?

SB: Cutting into walls is one of my most favorite parts of making the work. There is always something unknown, (will these studs be wood or metal?  Is there insulation back there?  Is there stucco over the brick? Where is the former window aperture behind here?) and often a small element of surprise. (I once based a good portion of an installation on a drawing—probably made by the contractor—I found behind a wall, along with a snap chalk line leveling the space.) I have learned that the craft of cutting is something important to me, and I take pains to make sure each cut doesn’t look like a crude cut made by an electrician to get to the conduit.  I carefully make cuts with a utility knife so that the cut is made with precision and care.  A hand saw will do almost the same precise cut, but the cleanest is with a utility knife, which takes time, strength and stamina. 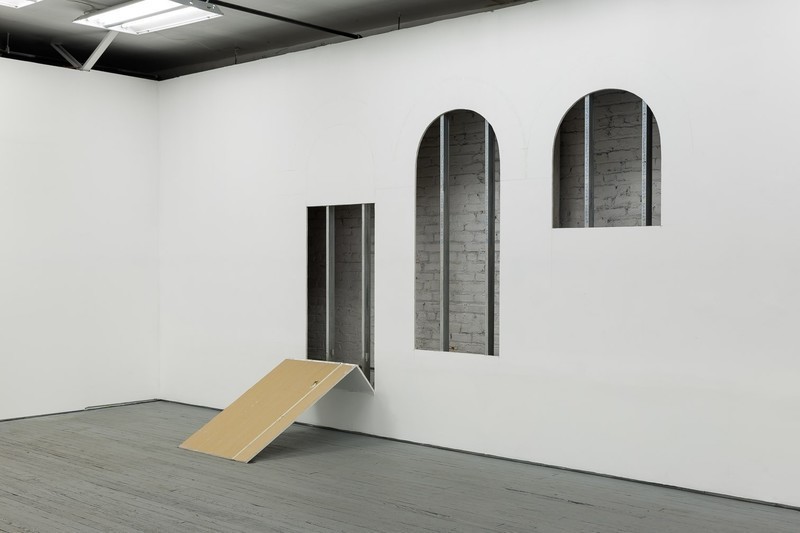 OPP: Is it difficult to get exhibition spaces to allow you to make these modifications to their spaces?

SB: Every art space and gallery is different. I have been invited specifically to cut into a gallery’s walls, however, typically, it makes most art spaces, institutions and dealers a little uncomfortable when I start talking about cutting into their walls. Typically, I get asked to participate in an exhibition, and the organization/gallery asks for a proposal. I send them a proposal, and then I meet with them. Most galleries end up getting right on-board with my idea. With the others, I look them right in the eye and say, “I know this idea makes you uncomfortable, but I am going to ask that you consider my proposal very seriously.” I have become a fairly good plasterer, so I am capable of putting the walls back to their prior state. 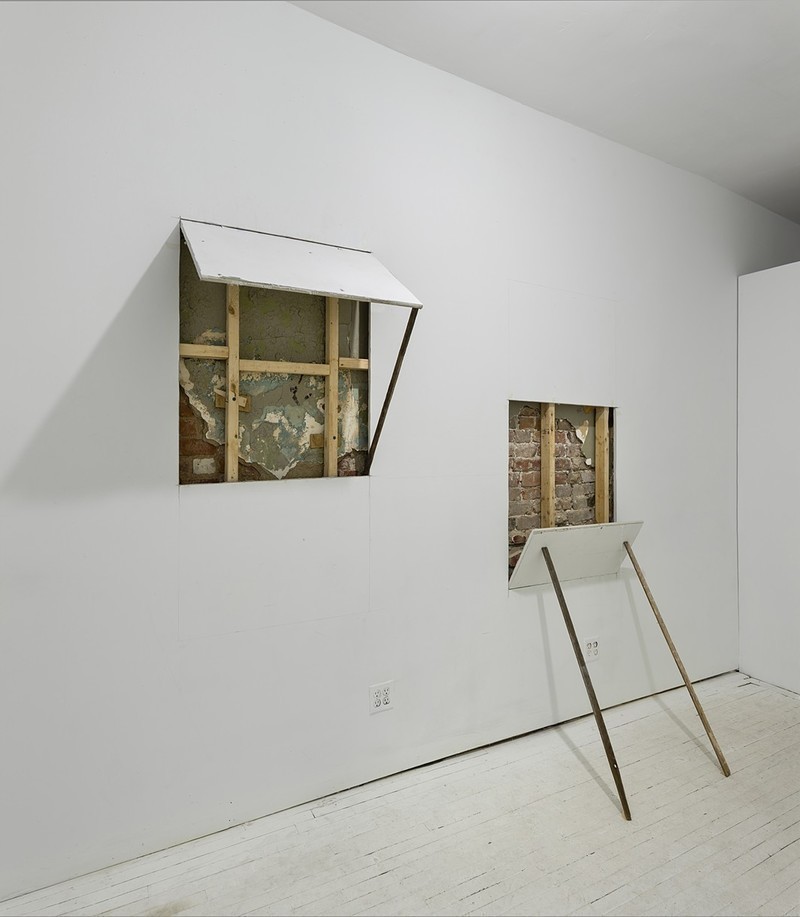 OPP: Why do you think it makes them so uncomfortable?

SB: My work has always involved acts of destruction in the process of creation, but walls are much more touchy for people. Walls are thought of as permanent—they’re actually not—and people are precious about their spaces.  Which I totally understand. My work is about asking the viewer/participant to confront their sense of preciousness, their attachment to things, whether those things be the walls of the space, or my artwork, which will eventually be destroyed when the exhibition comes down. 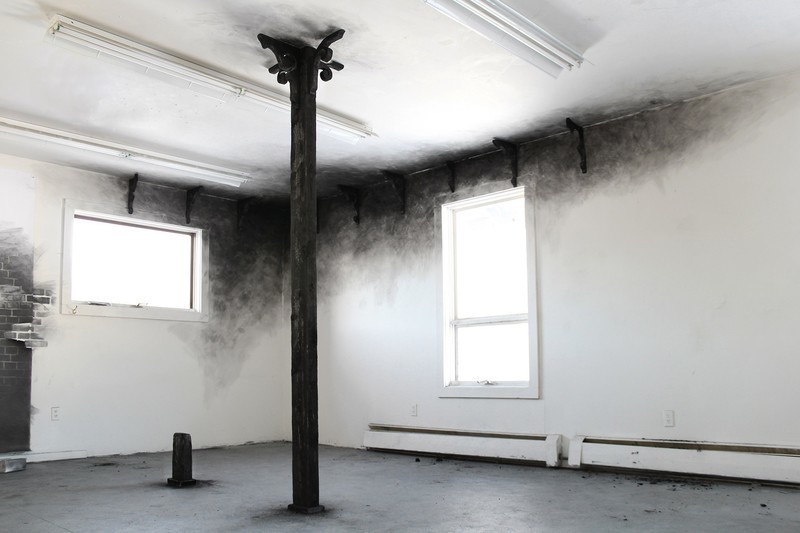 OPP: Architectural decay and failure serves both representational and metaphorical functions in your work. How so?

SB: I am interested in decay and failure related to architecture in seen and unseen ways. The sudden collapse of a building or a decaying historic structure are as important in my work as neighborhood rezoning and gentrification. These processes are brought on by myriad seemingly invisible forces that enable an historic building or ailing bridge to reach that state of disrepair in the first place. The causes are associated with our country’s hyper capitalist priorities. So, I am interested in historic preservation, but also in connecting the forces that drive urban development with the current social and economic issues that are their outcome.

I use issues of preservation, urban change, and destruction of historic structures as metaphors to discuss change and loss that are more personal to me. I have forever been fighting against a certain predisposition for sentimentality, and my experiences of transition and loss are some of the most profound I have gone through.  I use things like the loss of a structure as a metaphor to speak to the ways we regard the old and sick, as well as a way to speak to my own resistance to change. 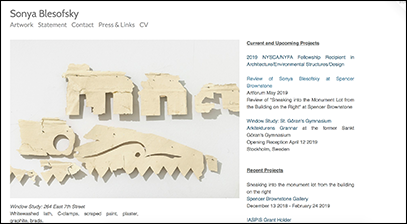