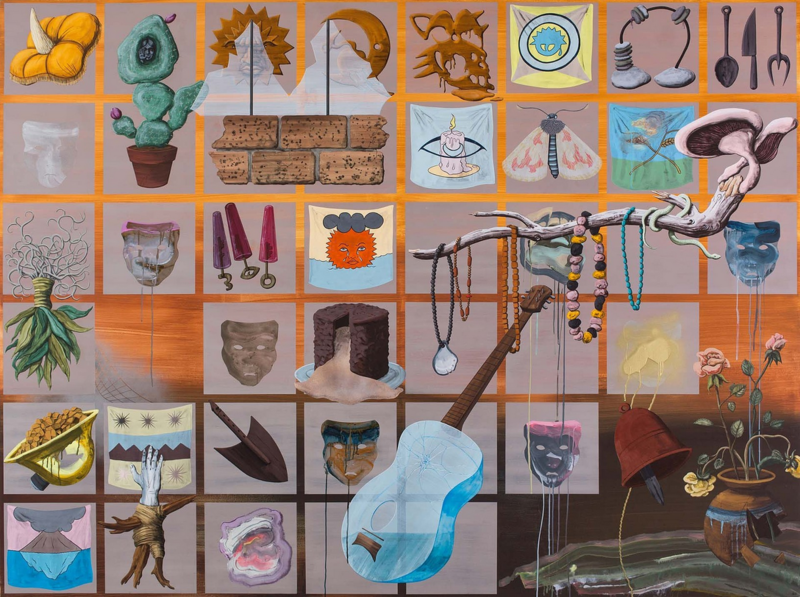 RYAN PIERCE's large-scale paintings operate more like pictoral diagrams of the interconnectedness of nature and culture than representations of the physical appearance of our world. In his most recent solo exhibition, Dusk is the Mouth of Night at Elizabeth Leach Gallery (Portland, Oregon), he continues his ongoing investigation of the "the historical links between natural history exploration and conquest." Ryan earned his BFA in Drawing at Oregon College of Art & Craft in 2003 and his MFA in Painting at California College of the Arts in 2007. In 2016 he was the Keynote Speaker at the Thin Green Line Conference (Oregon State University) and an Artist-in-Residence at the invitational Crow’s Shadow Institute for the Arts (Pendleton, Oregon). He also had two shows with artist Wendy Given: Nocturne at Whitespace Gallery (Atlanta) and Eyeshine at Portland State University. Ryan is a cofounder of Signal Fire, a non-profit that "builds the cultural value of the natural world by connecting artists to our remaining wild places." Ryan's home-base is Portland, Oregon.

OtherPeoplesPixels: The relationship of nature and culture is a primary theme in your work. How do you see this relationship?

Ryan Pierce: Dominant society tells us that nature and culture are separate and perhaps even mutually exclusive. It may sound simplistic, but I think this is at the root of so much injustice in our world. Judeo-Christian creation myths teach us about being cast out from The Garden, and capitalism builds on that binary to encourage the plundering of the Earth. Everything the European settlers of this continent associated with wildness (Native Americans, women’s bodies, predators, intact ecosystems) was simultaneously romanticized and denigrated to allow for its exploitation. Now climate change, in the form of more extreme and unpredictable weather events, is forcing the messiness of nature right into our lives and living spaces, breaking down our walls against the outside in very literal ways. 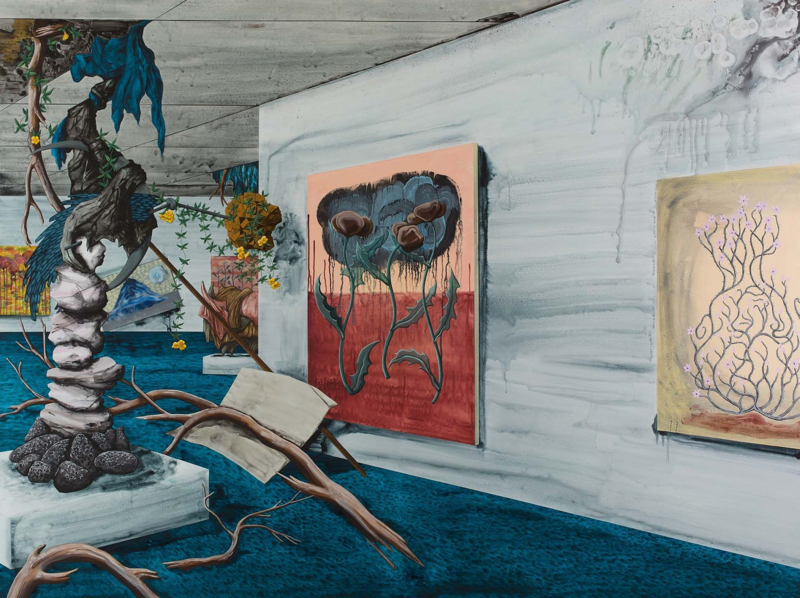 OPP: In paintings like Retrospective and The Free Museum, tree branches seem to have grown through the walls and floors. Is nature reclaiming cultural spaces, returning them to the wild? (Or do the trees just want to see the art?)

RP: In these paintings, the floods and fallen tree branches have ruined the gallery’s climate control, but they’ve also possibly liberated these stuffy spaces. I often think about Marilynne Robinson’s 1980 novel Housekeeping, in which the eclectic aunt Sylvie allows weather and animals to move through the open doors and windows of the home, the sort of radical embrace of natural systems that eventually compels CPS to intervene. The Free Museum addresses an additional idea: What if all the sacred objects that were never intended to be “art” in a Western sense— objects stolen from their cultures of origin and housed in museums— what if they are all just sleeping, and the storm that destroys the museum walls and floods the galleries allows these things to become re-enchanted and primed for magic in the present day? 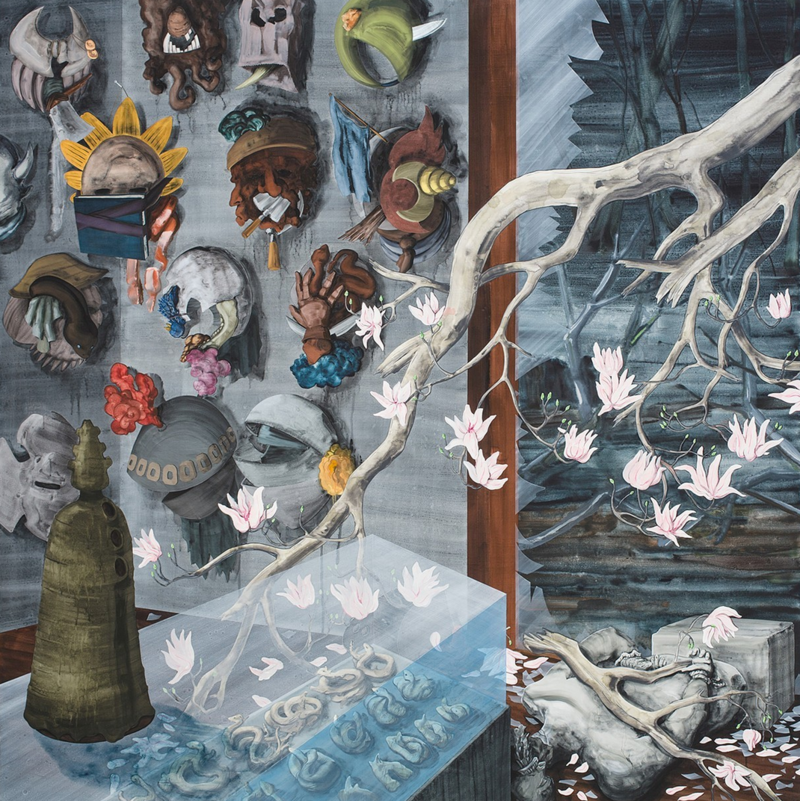 OPP: It often seems that your compositions move back and forth between depth and flatness within a single work. Can you talk about that perspective shift?

RP: That shifting perspective is probably related more to my stylistic impulses. I’m no minimalist, and ideally a viewer would look at my work for awhile and experience multiple levels of visual interest. Like many artists of my generation, I’m influenced by a panoply of picture-makers, including self-taught Balkan painters, comic books and probably the video games of my youth. In a sense, approaching a painting more as a diagram than an illusionistic space allows one to try to impart the essence of an aspect of nature, as opposed to its appearance. I jump back and forth between those approaches, or both in the same composition. 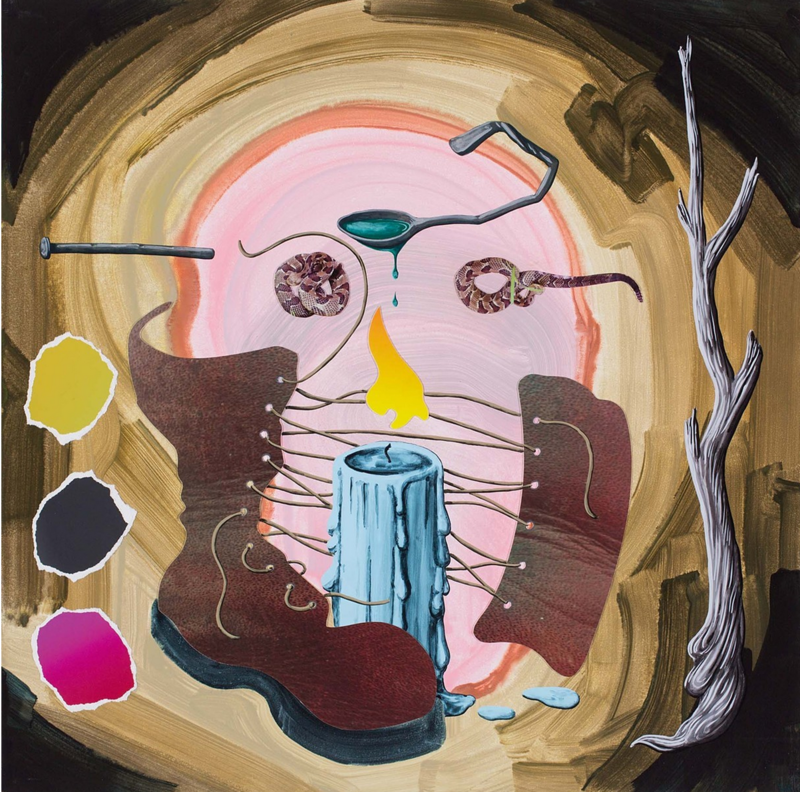 OPP: Masks show up in works like The Free Museum and Stanley Falls, where I take them to be literal masks, as exhibited in museums. But what about the series of paintings from 2016 with “mask” in the title? Mask for the Venomist, Mask for the Bandit Queen and Mask for Night Farming are just a few.

RP: I had a transformative art viewing experience some years ago, at the mask collection of the Museo Rafael Coronel in Zacatecas, in Mexico. The collection exceeds 13,000 masks from different Indigenous groups of Mexico, with maybe a third of that on display at any time. They often include imagery from animistic spiritual traditions, cloaked in biblical guises to survive the Spanish laws, and they're innovative and debaucherous and meticulous and funny.

I fixated on the mask as a formal starting point for the paintings where they're singular in the composition, piecing together objects that, along with the title, suggest a loose narrative. In the larger works like The Free Museum, the masks are stand-ins for looted archeological relics but I invented them all without source material because I didn't feel that it was my right to recreate any culture's holy objects.

Mask for the Welfare Rancher is a direct jab at the bozos who orchestrated the armed occupation of the Malheur National Wildlife Refuge a couple years ago. The degree of entitlement necessary to seize Federal land for any reason other than to return it to its original Paiute caretakers, let alone to claim it for a bunch of ultra-rightwing Mormon militiamen. . . ugh! I hope they're just a plastic bag hanging on the cruel barbed wire fence of this decade, soon to degrade and blow away. 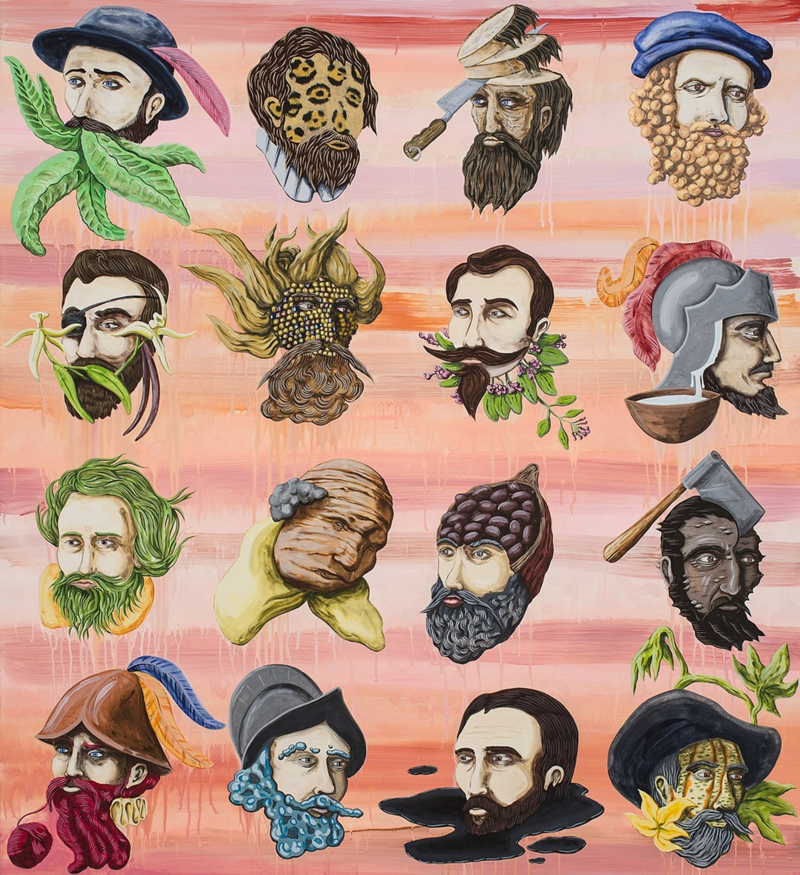 OPP: Tell us about Signal Fire, which you co-founded in 2008.

RP: Signal Fire’s mission is to “build the cultural value of the natural world by connecting artists to our remaining wild places.” Public lands activist Amy Harwood and I started Signal Fire as an attempt to merge our respective communities, to get artists outdoors for inspiration and to fall in love with public land, as well as to provide activists with new, open-ended strategies for their campaigns.

Eight years and 350 artists later, we have a real community of people who are sharing critical dialogue about wildlands and ecology, and our role as culture-makers is catalyzing social change. We offer a residency in wall tents, backpacking and canoe retreats, and an immersive arts and ecology field program called Wide Open Studios. Our Tinderbox Residency sponsors artists to work as temporary staff among environmental groups and our Reading In Place series offers a day hike book club in the Portland area. We highlight the work of our alumni in exhibitions and events, such as a film festival this coming fall.

Amy and I share the administrative work with our Co-Director Ka'ila Farrell-Smith, a splendid painter and activist, who brings her work in support of Indigenous survivance into everything she does. Amy and Ka'ila's leadership has helped our organization to evolve from a mix of arts, ecology and recreation, to highlighting the social justice issues that should be integral to any conversation about public lands in the American West. 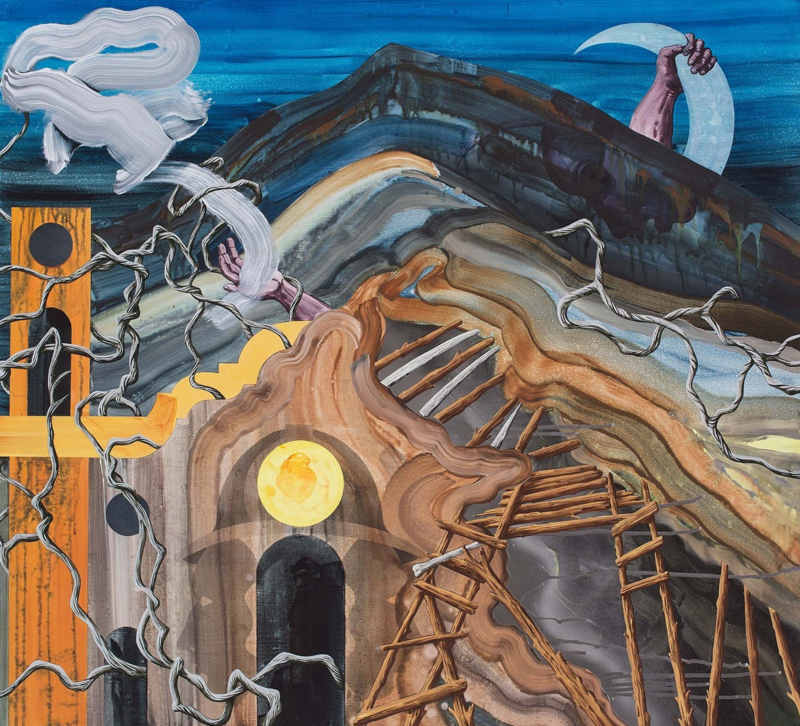 OPP: It took a while to get in touch with you to do this interview because you were actually out in the wilderness, with no reception for long stretches of time. I think many contemporary artists believe they need to stay connected to social media all the time, posting on Instagram and checking Facebook. Why is disconnecting a good idea for all humans? What about for artists specifically?

RP: I’m actually writing these answers in a tent in Oregon's Eagle Cap Wilderness, on week one of a four-week trip. The stars are brilliant tonight and I can hear a rushing, glacier-fed creek, about fifty feet away. Some of the students on our Wide Open Studios trips are young enough that they've never gone a week without a cell phone before.

I'm not a technophobe, but I believe solitude is healthy and increasingly hard to find. Disconnecting is good for building one's attention span and patience to work through a challenge without clicking away. It's reassuring to feel a lasting sense of surprise and the profound smallness that comes with living outside, away from the built environment. It cultivates wonder.

The friendships forged while backpacking through bugs and storms are precious and enduring. The internet is the gold rush of our day: sure, a few artists’ work goes viral, but most of those people are either a flash in the pan or they were damn good to begin with. For the rest of us, myself included, it's a mildly unfulfilling time suck. Every time I hear the little voice encouraging me to scan around for obscure things to apply to, or to sign up for new ways to network online, I try to redirect that energy back into the work itself, or else go do something IRL. 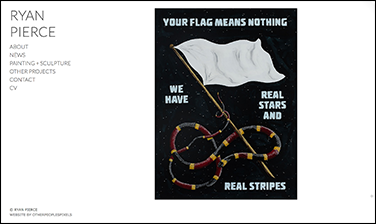