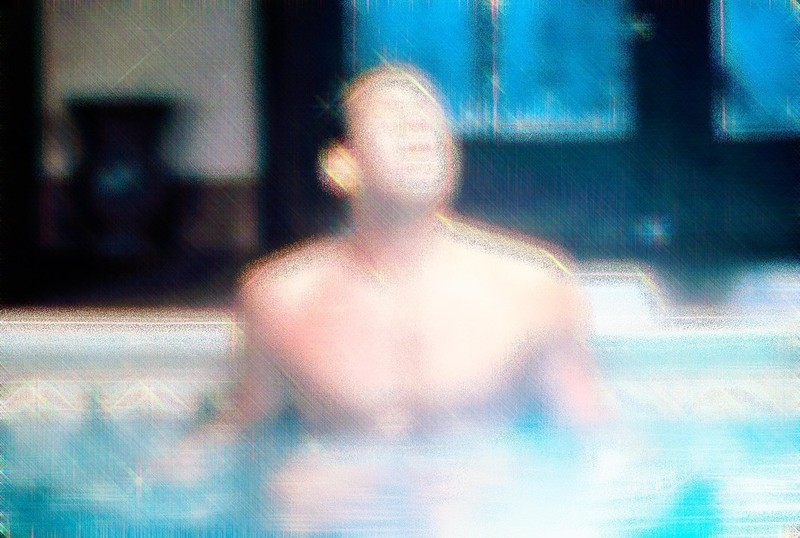 P. SETH THOMPSON “photographs” the blurred boundary between reality and fiction and the influence of American mass-media on our contemporary understanding of time, space and death. He digitally manipulates appropriated imagery from science fiction movies, home movies and news media, revealing a glittery, glowing world that is both strange and familiar. Seth studied Film and Video at Georgia State University, where he earned his BFA in 2005, and went on to receive his MFA in Photography from Savannah College of Art and Design (Atlanta) in 2012. His first public art piece, commissioned by the Decatur Book Festival, will be on view Labor Day weekend, 2014. Seth has been named one of Atlanta’s 2014-15 Walthall Artist Fellows. The Last One, his 2013 solo show at Poem 88, was recently featured in Art in America. His upcoming solo show, This Message Has No Content runs from September 13 to October 25, 2014 at Sandler Hudson Gallery in Atlanta, where Seth lives and works.

OtherPeoplesPixels: Your current aesthetic has a 1980s sci-fi feel to it, but you have a background in "straight" photography. I can see visual precursors to your current work in Jesus in the Bleach (2005) and Face Mask (2009), as well as the many images of space-related sites like The UFO Museum in Roswell, New Mexico and the Kennedy Space Center. How did your earlier photography lead to your current work with appropriated images from TV and movies?

P. Seth Thompson: My earlier work was a reaction to the medium of photography. While in school, I grew tired and a little annoyed with seeing the same images and concepts over and over again. There was a lot of work about identity and marginalized societal groups. Not that I don’t think this is an important topic, but if we continue to label these groups as such, they will stay marginalized. I think photography has more to say at this point in its history. Photography needs to move into a dialogue about how it disconnects rather than connects us. As a gay man, I have never felt separate from others, except with regards to my right to marry in my state. But art continues to tell a different story. It’s almost like we don’t want the conversation to move in another direction because then we will become the majority.

So I decided to let go of all that and just start shooting whatever I found interesting. The resulting photos led me to understand that my aesthetic—saturated color, lo-fi and banal—was profoundly influenced by all the films I watched as a kid. (My favorite film is A Nightmare on Elm Street 3: Dream Warriors.) My next move was to bring back the concept and incorporate images from film and television that visually spoke to the viewer and make them want to know more about the work. 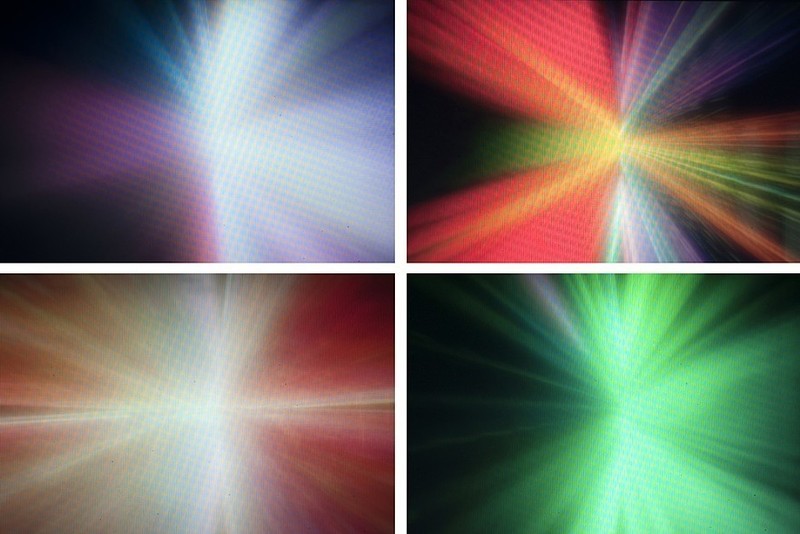 OPP: Some sources are very recognizable: Jason in The Illusion of Death Perception (2010), Patrick Bateman from American Psycho in American: 2001 (2010), Anthony Edwards in The Protagonist (2014), to name a few. But many of your source images have been manipulated beyond recognition. Sometimes the titles give me a hint at the source, as with The Tannenhauser Gate (2012) and Voight-Kampff Test (fail) (2012). Is specialized media knowledge as a prerequisite for understanding your work?

PST: I love this question because I have been battling that since I began the work. I always recognized that most people wouldn’t know the source images. I try to make the work as visually compelling as possible to attract the viewer’s attention. It’s almost like a modernist painter’s mentality; people become transfixed with abstraction, like they figuratively go to another place when they are in front of it. I want my work to cross boundaries and allow for all people to get some sort of message from it whether it be the reference, the aesthetic or the medium itself. As long as they leave with something new, then I am good with that.

OPP: What’s the most surprising response you’ve had from a viewer who didn’t get the references?

PST: It’s a tough one, for sure. I think the most interesting response was to my image of Kim Kardashian titled K is for Kim. People are confused as to why I would choose her as a subject, and my usual response is something like, “I am fascinated by her and what she represents.” We consume her, and she becomes a part of our daily life. She becomes an ice-breaker for conversation at work or at social events. Don’t get me wrong. I can’t stand her. But that doesn’t mean she isn't part of all of us; she is a symbol of America’s consumption. 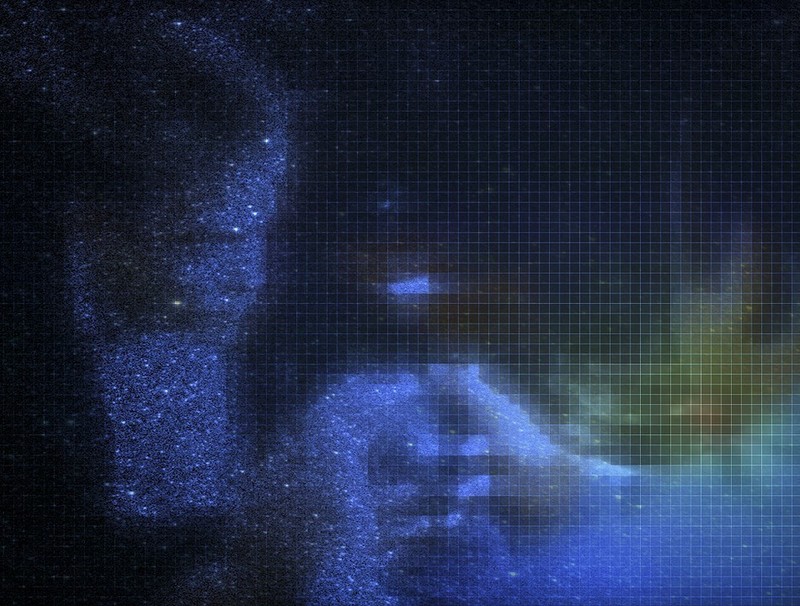 OPP: As a nerdy, life-long TV fan, my ego needs me to say that I know what Tommy Westphall's Universe is ;-), but I'm not sure it's common knowledge. Could you explain the theory for our readers and talk about its connection to your 2013 solo exhibition The Last One?

PST: Tommy Westphall was an autistic boy played by actor Chad Allen on the series St. Elsewhere. In the series finale, the entirety of the show was only a product of Wesphall’s imagination. To add another layer, the characters on St. Elsewhere show up on other television shows like Law and Order, Homicide, and so on. There are over 256 television shows that are theoretically connected to St. Elsewhere, or a product of Westphall’s mind.

In my exhibition The Last One, which is also the title of the series finale, I explored the idea of how images never show the truth. The viewer’s suspension of disbelief was active during the run of the show until the finale proved otherwise. The finale made the viewer feel duped into having any sort of emotion, even though the show was intrinsically fiction. I correlate this to our own reality. I believe we are all Tommy Westphall, creating a world inside our heads and never fully understanding the truth. But unlike Westphall, our world is not edited into an hour long television show and written as a common monomyth. We are constantly searching for truth and attempting to explain it to others, but we keep getting blocked by the images we consume daily. Images define of our world. They are false, suggesting all of life is false.

OPP: Two pieces—I knew you, I know you, and I will know you again (2013), a memorial for deceased fictional characters, and An Event Cannot Have an End Time in the Past (2013), a video that blends your personal home movie footage with footage of the 1986 Challenger explosion—add a lot of emotional depth your to blurring of reality and fiction. A common, shallow read of your work (and of others who acknowledge how much TV and movies have influenced their perceptions of reality) is anxiously bemoaning the fact that humans don't know the difference between fact and fiction anymore. But I think that's silly. Humans have always told stories in order to understand their place in the world. Could you talk about how cinema and television function as contemporary myth, especially in relation to our need to understand death?

PST: The advent of the video rental store changed my life because it came with a different viewing experience. I took full advantage of it; I was able to control the film with the remote and have multiple viewings. Because of this, I believe a more extreme paradox of fiction was born. I felt a close bond to the characters and when they died, I had an emotional reaction. The memorial, I Knew You, I Know You, and I Will Know You Again offers a way to discuss the idea that death is not the end, but just another part of the journey.  Even though you are gone, I will see you again. All I need to do is hit the rewind button.

As an adult, dealing with the reality of death, I know now that the two are not emotionally synonymous. The Challenger explosion was the first time I began to understand the separation between actual death and fictional death, but at six years of age, it was still elusive to me. It was hard to understand how Big Bird and Christa McAuliffe could both exist within the television. It is not the idea that people cannot decipher reality and fiction, but that there is no separation between reality and fiction.

We are curious creatures, and our need to understand death is always at the forefront of our thoughts. My fascination with film and television is a way to understand loss, but also to understand the reasons we are here in the first place. . . to get past the limitations of our eyesight and begin to connect the dots, to figure out our place in all of this. I don’t fear death anymore because I know that it is inevitable. People always say you shouldn’t worry about things you can’t control. The only thing you can do is try and understand it. 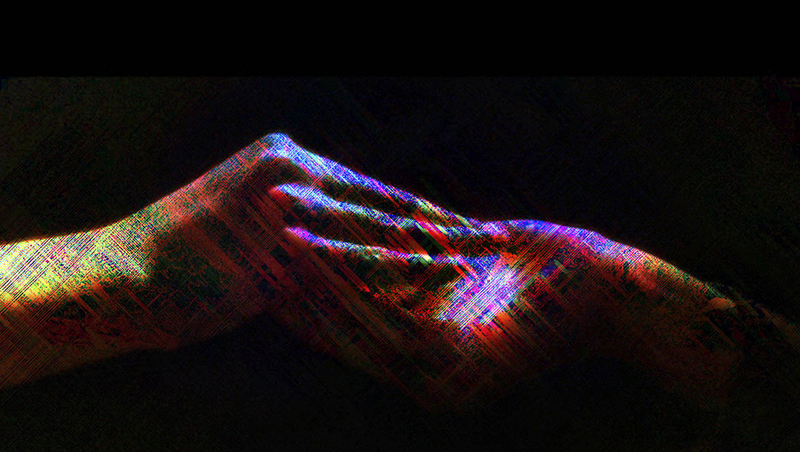 OPP: You have an upcoming solo exhibition This Message Has No Content  at the Sandler Hudson Gallery in Atlanta. Will you give us a preview?

PST: I started getting emails dated 12/31/1969 and that said “This Message Has No Content.” I thought this was kind of cool, so I looked up that date—nothing happened—and then following date. 1/1/1970 was the beginning of Epoch or Unix time, which is a system for describing moments of time in seconds. For example, the Challenger shuttle is 507296353. I thought the reason I was getting emails from 12/31/1969 was because it was the last day before events were described in Unix time. It was almost like someone was trying to contact me from the past, but it wasn’t coming through because the past never existed.

The new work is about the illusion of time, and I am using the act of watching a movie on VHS as a way to discuss this illusion. With a VHS, you were, for the first time, able to control your viewing experience. The film was measured in time with each scene corresponding to a series of numbers. In the image In the Beginning, It Is Always Dark, I am presenting the viewer a film still from The NeverEnding Story because it is the end of the film, but it is the beginning of the union of worlds. 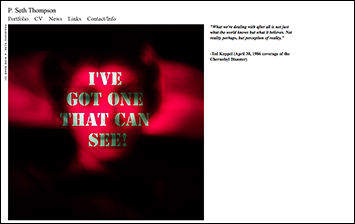