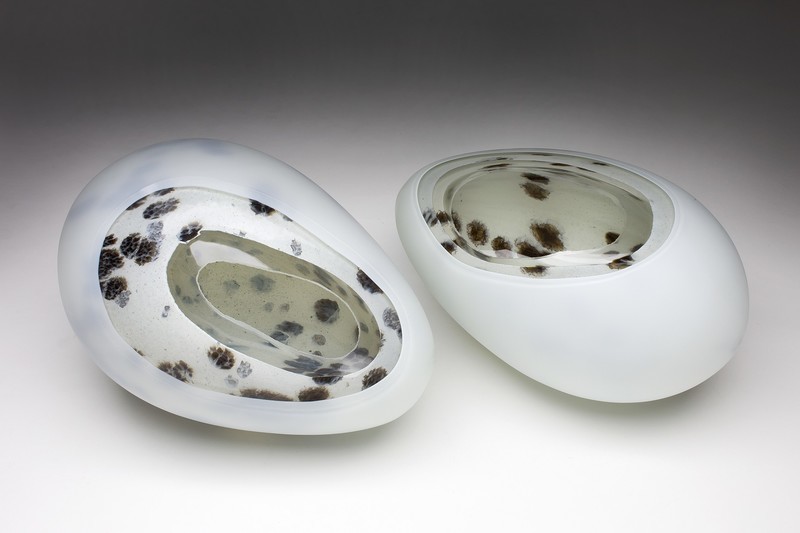 Influenced by the experience of managing a property in rural Australia, NIKKI MAIN uses the transparency, translucency and opacity of glass to depict the relationship between moving water and soil fertility. She graduated from Australia National University in 2008 with a first class honours from the ANU School of Art Glass Workshop. In 2010, she was awarded the South Australia Museum's Waterhouse Natural History Art Prize. Nikki is represented in the ACT by Beaver Galleries (Deakin) and in Melbourne by Kirra Galleries (Federation Square). In the fall of 2016, her work will be included in the Craft ACT Craft and Design Centre Accredited Professional Member Show and a currently untitled exhibition at Craft ACT Craft and Design Centre, supported by The Corning Museum of Glass and aligning with the annual Ausglass Conference. Nikki works out of the Canberra Glassworks and lives in the town of Thirroul in New South Wales, Australia.

OtherPeoplesPixels: Translucency, transparency and opacity are natural properties of glass. What roles do they play in your work?

In my cast work, I celebrate the meager puddle with translucent cast crystal that draws the eye from the polished surface into the center of the piece. In my early Flood Stones, I used thick clear glass over the top of colour powders to give the illusion of looking at stones underwater. I then moved into using opaque glass, coloured with glass powders, to give a textured almost ceramic effect, like rocks covered with lichen and moss or even to allude to reptiles that warm themselves on rocks. 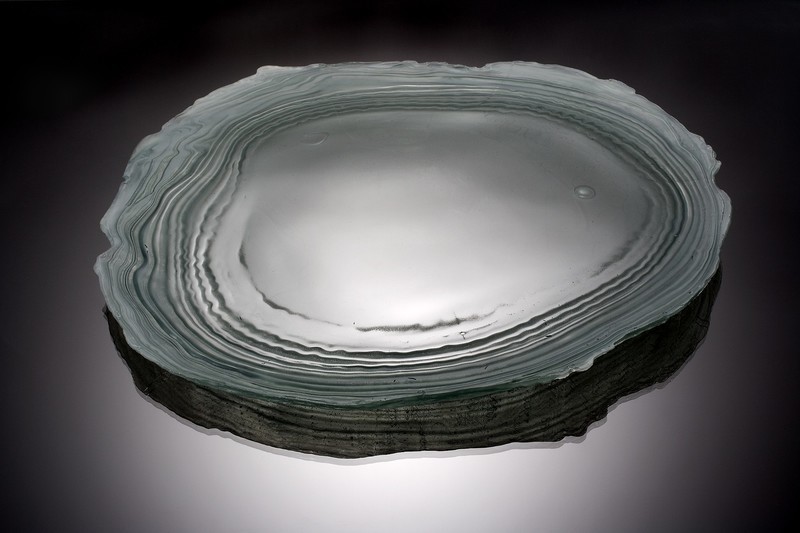 OPP: The surfaces of the River Rocks look like aerial photographs of rivers meandering through the landscape. What makes the meandering lines on the surface—and I assume, in the body of—your River Rocks?

NM: The rocks are inspired by the large stones in the Murrumbidgee River. I used to walk down to the river regularly and draw the stones. One of my cast pieces Twilight River was made from a mold created from actual impression from some of the smaller stones.

In the early river rocks, I used “trails” of clear glass over the top of the glass powder layer of colour. These trails are worked into the layer of glass to “imprint” into the colour and leave a three dimensional trail before being covered with another layer of clear glass. In the later river rocks, I used a trail of white glass to represent the river on the surface of the piece. The white trail was inspired by an Australian painter, Fred Williams. I have been very influenced by his landscape paintings. He is a painter that moved away from the tradition of painting landscapes with a horizon and focused instead on the ground and soil in many of his works. 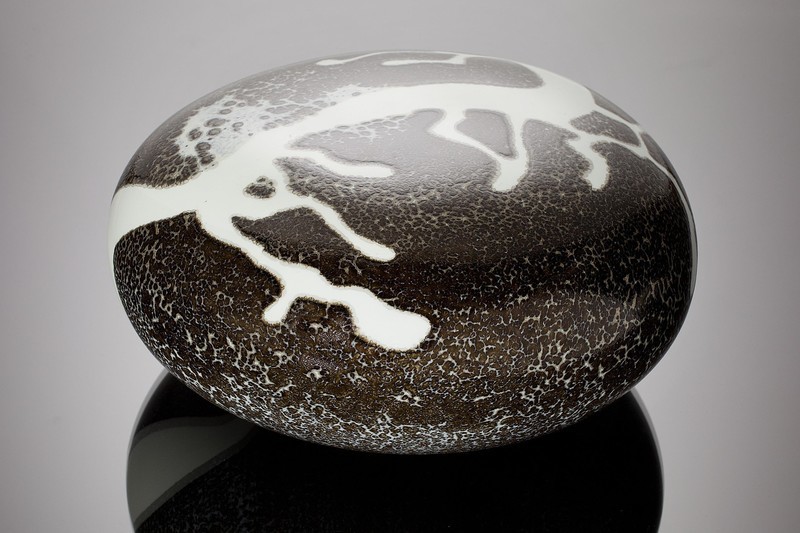 OPP: A significant part of the experience of looking at these pieces online is how much I want to touch the surfaces. I can image holding the River Rocks in my hand like I would an actual river rock. Do you think of this work as sculptures only to be looked at or objects to be handled?

NM:   I understand! I like to touch them, and a lot of people do. I don’t mind people touching them. I used to work at the National Gallery of Australia in their Learning and Access section of Education, on the Art and Alzheimer Program. This section of the Gallery ran tours for people who are blind and they would be taken around works that they could touch. I would be happy for my work to be included in this type of tour! 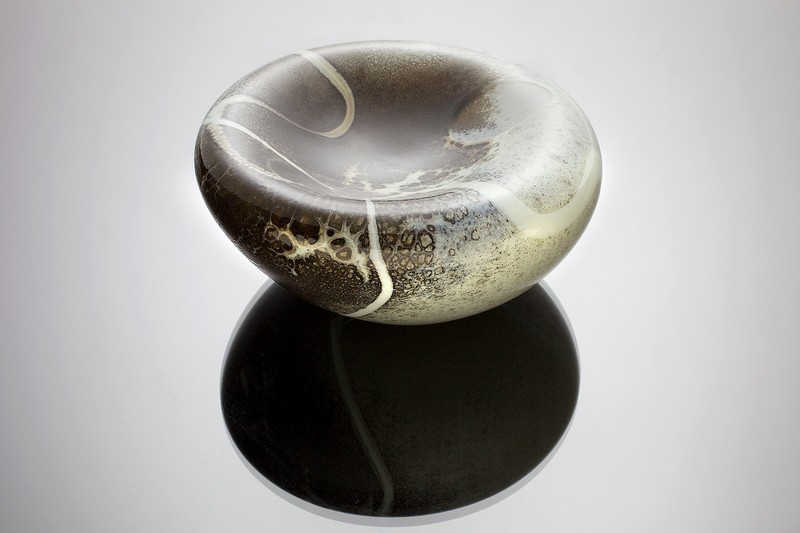 OPP: When I think about water moving in the landscape, I think about the slow geologic process of erosion and its smoothing ability. But you talk about soil, not stone, in your statement. Why is glass your medium of choice to depict and explore the relationship between soil and water?

NM: My answer to the question of Why glass? really has to be because I am an artist who works in glass! Glass is great because of its multiple properties as a sculptural medium which refer to many natural phenomena. While I use the form of the stone, I use soil as an inspiration for the colour application in the glass. This interest in the soil stemmed from the experience of living on and managing a grazing property on the outskirts of Canberra, Australia for almost twenty years. A major concern for my partner and I was the welfare of the soil. We lived through drought and fire which has a huge impact on the fragile soils in this part of the world. Water has a direct impact on soil health, through providing nourishment for vegetation and through moving soil in rivers in the form of silt, shifting it to river flats where it nourishes and replenishes these areas. I like using glass to depict soil because it is a little unexpected, perhaps one would expect ceramics or ochre instead of glass! 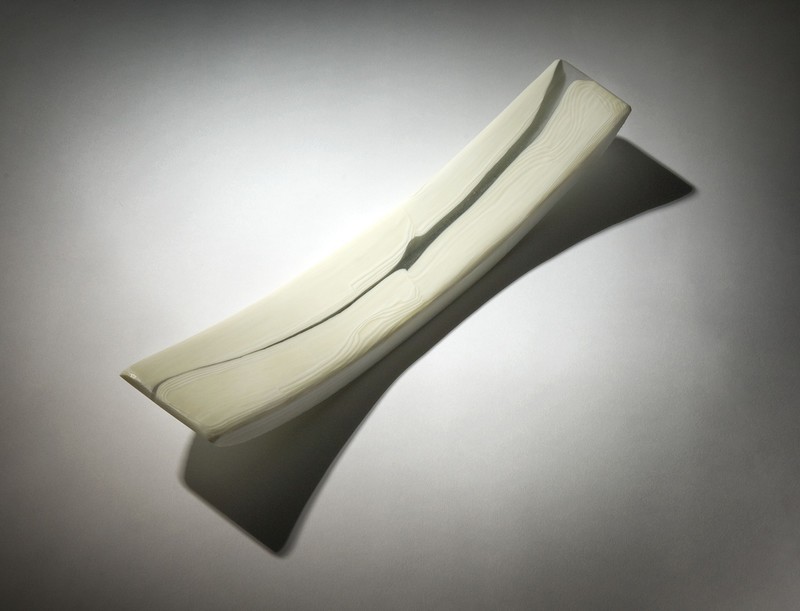 OPP: What is cold working and how do you use it in your practice?

NM: Glass is formed using heat, either using furnace glass in the hot shop to blow forms, or through kiln forming, as with fused or cast glass. Cold working is working on pieces once they have cooled from the kiln or hot shop annealer (a slow cooling process). I use several cold working methods and tools including a large or small lathe, an engraver or Suhner. In woodworking, an artist takes a tool to a piece of wood that spins on the lathe. Unlike woodworkers, glassworkers hold the piece of glass to a spinning wheel made of diamond or carborundum. In my puddle-like pieces—Fertile Ground: Fragile Ground and the Twilight series—I used a Suhner to polish the surfaces to mimic water sitting on the soil and ponds of water.

In my early fused work, I cold worked the surfaces with a stone wheel to create a matte, weathered surface and to carve the lines of the Tracks on My Face pieces. I was thinking of weathered, drought-stricken landscapes alongside the idea of weathered lined skin. The early river rocks were not cold worked on the surface, just on the base to allow them to sit in the way I wanted. The later pieces—Tidal Waters, Tidal Ponds and A World Within—are carved using a large wheel and then polished. 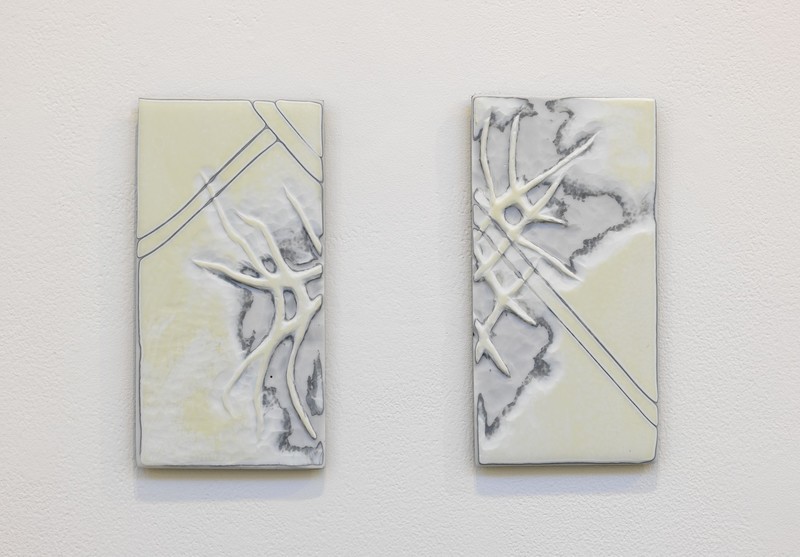 OPP: Could you talk about Those tracks on my face and the relationship between the landscape and the body?

NM: The Tracks on My Face pieces are titled after Barbara Holborow’s 1997 biography of the same name. She was Sydney’s Children’s Court Magistrate for 12 years, and the title of the book came from the words of a four year old neglected child who came before her in the court. She had granted the child a wish, and the child had responded with the question “Where did you get those tracks on your face?” Holborow is a remarkable woman whose wisdom helped her deal with the most dramatic cases of child abuse and neglect. Her travel through life has left far reaching changes in the juvenile justice system.

In my work I juxtaposed skin wrinkles and parallel tracks to speak of journeys that we make in life, in an effort to consider the impact of our travels. These pieces followed on from the Fertile Ground pieces, they still took the ground/soil as their point of reference. Parallel lines signify human transportation, a way of traveling over the ground that has far greater impact on the earth than bare feet. I wondered, what footprint do we want to leave? 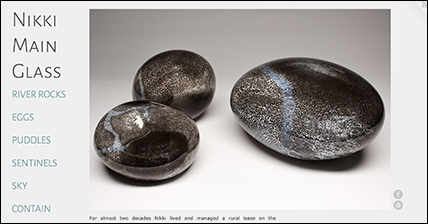