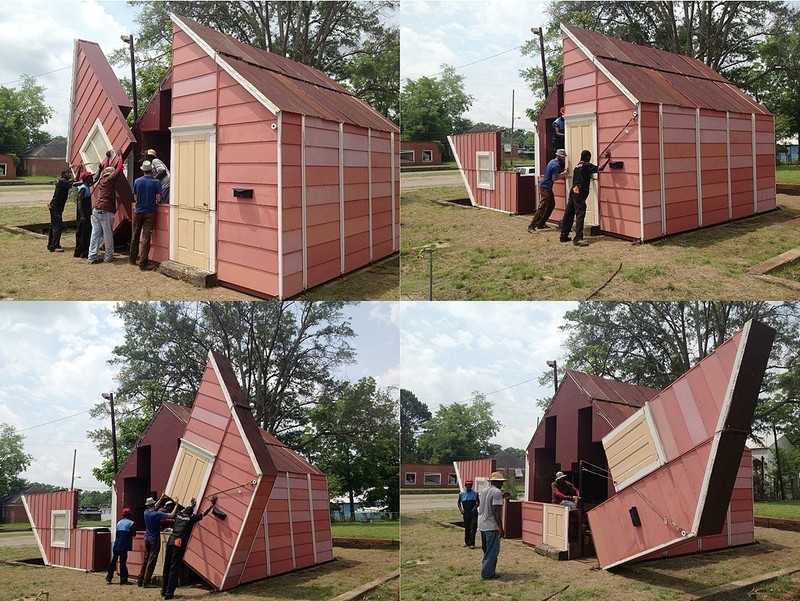 Artist, activist and designer MATTHEW MAZZOTTA makes use of local materials, plants and existing architectural environments to create third spaces for community members to congregate, talk and question their own assumptions about the local and global world they live in. For both Open House (2013) in York, Alabama and The Storefront Theater (2015) in Lyons, Nebraska, Matthew solicited input from the local community and transformed an existing abandoned space into fold-out seating for communal entertainment and gathering. After earning his BFA The School of the Art Institute of Chicago in 2001, Matthew went on to study at Skowhegan School of Painting and Scupture and to earn his MS in Visual Studies from Massachusetts Institute of Technology, School of Architecture and Planning in 2009.  Matthew’s team has just signed on for six new projects in Jeddah, Saudi Arabia; Portland, Maine; Cambridge, Massachussetts; Bronx, New York;  Louisville, Kentucky and Nashville, Kentucky. Matthew has been traveling and working with different communities in the U.S., Europe, the Middle East and Asia for the last seven years, but he will be moving to Cambridge for a full year to be a 2017-18 Loeb Fellow at Harvard University.

OtherPeoplesPixels: Can you talk about the intersection of art, design and activism in your work?

Matthew Mazzotta: With my practice—"The architecture of social space, creating spaces of critique within the places we live"—I create both permanent and temporary, public interventions that open new social spaces inside the built environment. I often feel that I am an activist using artistic sensibilities to bring real world issues into social discourse and to lead public imagining. My work addresses pressing environmental issues, but always with a strong focus on community and public participation. I try to make these issues accessible on many levels to as many people as I can throughout the world.

I believe that inherent in every moment is the potential to ignite profound change. As a catalyst, art affords us a compelling perspective to act upon this possibility. 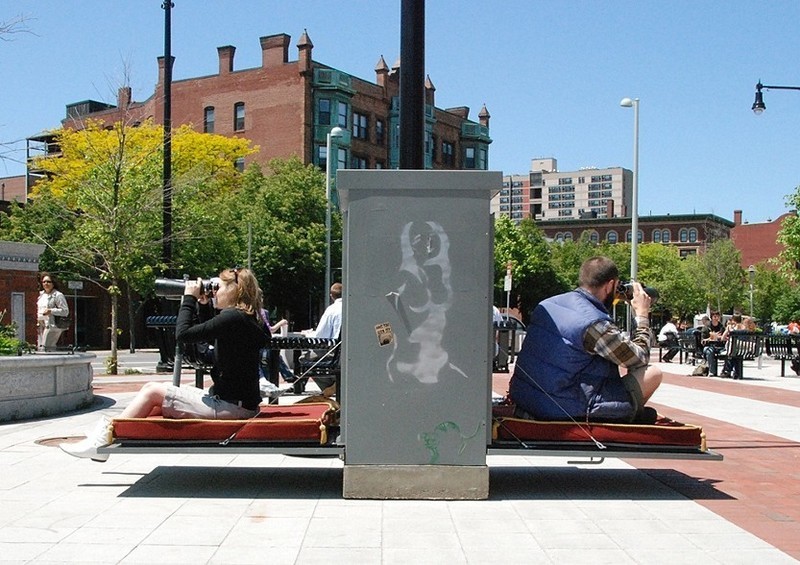 OPP: How do you approach public space? What do you hope to introduce to these spaces?

MM: For me, public space is political. My work focuses on the power of the pre-existing, built environment to shape our relationships and experiences and invites a critical perspective and a sense of openness to the places we live in. I dissect the everyday and rearrange it to reveal the potential that surrounds us and to shape these spaces to develop new platforms for conversation. If the only spaces community members have to meet one another other are the transitional spaces of the streetscape or commercial institutions, only certain types of dialogues are produced.

OPP: What do you hope viewers/users will experience when engaging with your work?

MM: As much as my work uses whimsy, humor, spectacle and aesthetics to draw people in, it is also meant to unsettle them. My work puts viewers in a position of contradiction with what they have known and the knowledge and experience they are now privy to. It is designed to confront people with something that uniquely challenges what they think they know about the world and their community. It puts them in contact with something that they must grapple with directly without the help of their habitual camps of knowledge, reasoning and inertia.

When considering the possibility of change, I believe in the basic premise that “if people can sit together, they can dream together.” My work generates an opportunity for people to come together and view their situations from a new perspective while having time and space to interact. Some people might not feel comfortable at meetings and official events, and others may only have time to have brief conversations in the checkout line. I seek to dissolve the social hierarchies inherent in so much of our world and to create spaces where people are able to be together and have a collective exchange of ideas, which in turn, eventually, resonates throughout the social fabric.

OPP: I think of your work as being about enjoying the good life, in the sense that it provides space for humans to slow down, engage directly with their environments, the people around them and their local resources. How do you define the good life?

MM: The 13th century mystic poet Rumi said, “Out beyond ideas of wrongdoing and rightdoing, there is a field. I'll meet you there.”

I remember being immediately attracted to the concept of going to Rumi’s field, where ideas have not been judged and swamped in words and attitudes. It’s a place where there is time to think and act human again towards each other. In my work, I aim to create spaces like the one Rumi writes about. . . spaces devoid of overt political themes. . . third spaces for dialogue. I try to make sure the invitation into a space surrounding an issue is not polarizing but becomes engaging from as many different points of view as possible. It is important that the space does not provoke anger or cause people to be fearful and instinctively protective of their cultural and personal histories. It should rather be a place that people enter into out of curiosity and childlike interest on their own terms. 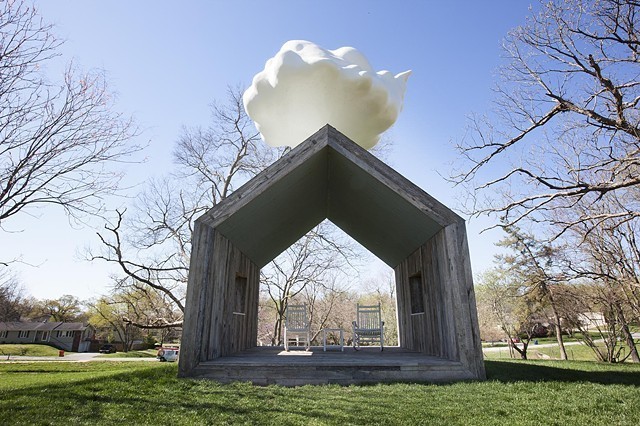 OPP: How do the aesthetics of your structures serve people and the earth?

MM: I employ design as a vehicle—not for common ends of comfort or convenience, but to challenge people. I use its seductiveness and familiarity to draw people in. But my work is about piercing through the public roles we play and breaking up the narratives of specific public spaces and the types of conversations and actions we usually have within them. I try to find compelling social and contextual components of a specific location and use them to integrate peoples’ daily lives into their surroundings. I aim to generate a space of synergy and potency as we explore the issues right under the surface that have not previously had time and focus brought to them.

OPP: How do the local and the global meet in your work?

MM: I love working with people and the public spaces they live in to try to figure out how to make interventions that engage directly with their local situations. At the same time, I hope each project has a universal appeal to provoke conversations in other cities and towns around the world. As access to the internet has spread so wide, I receive feedback about my work from people all over the world. It has transformed the old mantra of Think Globally, Act Locally to the new paradigm that I work under: Act Locally, Engage Globally. 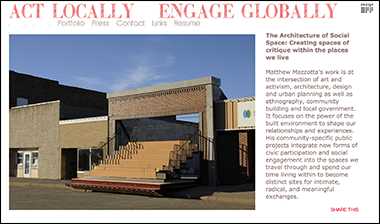