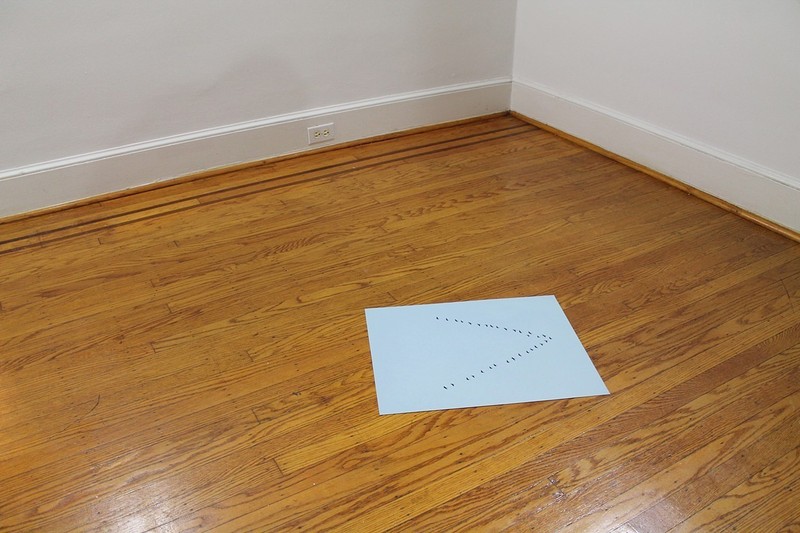 Subtlety is a strategy in JASON JUDD's photographs, videos and sculptural arrangements. Using the contemplative space of the white cube as a context, his quiet gestures revolve around the "boring, infuriating, troublesome" experience of a natural, human longing to stop life from moving, to hold on to this moment, even as it passes away. In 2013, Jason had three solo exhibitions: Adjustments: One Through Five at Open Gallery (Nasvhille), Essays in Navigation, Baltimore at Lease Agreement (Baltimore) and Example: Compass Deviations at Gallery 215 (DeKalb, Illinois). Jason is a Co-Director of the Chicago-based art and contemporary practices website Make-Space.net and Art Editor for BITE Magazine. Along with artist Iga Puchalska, he has recently launched Public Practice, an new initiative aimed at expanding engaging art programming in Rockford, Illinois, where Jason lives and works.

OtherPeoplesPixels: Could talk about framing nature inside the gallery in works like Shooting Star, Horizon Series and True North? Are these works about the sublime?

Jason Judd: I think my work is more about the finite world than the sublime. I have read a lot on the sublime and existentialism, only to find myself knowing nothing more about it. We have many experiences in our lifetime: the sublime is probably not one of them. I am looking at the limitations of our everyday. They are boring, infuriating, troublesome and can provide a different kind of poetics than speculation of the grand.

A Roland Barthes quote in Camera Lucida has always resonated with me: “I was like that friend who turned to Photography only because it allowed him to photograph his son.” I find myself, as an artist, in the role of that friend—sharing a desperation and urgency to capture something—the metaphor of the son is, at the same time, growing closer and farther away from us. I am not skilled enough in any particular medium to make something that is “beautiful”—by beautiful, I mean capturing the essence of the subject through heightened skill of a medium—nor am I interested in being skilled. Like the friend, my skill is born only out of necessity.

The gallery is one of the few places where technical skill is not a requisite factor for judgment of quality. And yes, quality is a strange word to use while describing a sense of de-skilling of an object. But the conventions of the gallery offer a contemplative space where quality is malleable and the viewer is asked to participate. It is a place where I can say, I have personally spent some time with these images or objects, and these are the conclusions I have come to.

OPP: You've used yourself and your family members as a subjects in several video works like Genesis (a haunting) (2012), Acts of Consciousness and Other Longings (2011) and Into the Son (2012), all of which emphasize the familial. More recent works involving sculpture, installation and photography center around experiences of nature in the gallery. What led to the shift in focus and means? How are these works more connected than might be assumed upon first glance?

JJ: Both bodies of work are based on the tension between longing and the tangible. In other words, what does longing look like? The videos involving me and my family were becoming very theatrical. I decided I did not want to personify my metaphor. I wanted the medium to be just as important in the metaphor as the subject and the subject not to be overtly autobiographical. If there were to be any theatrics in the new body of work, I wanted it to be made in the gallery.

In Horizon Series, for example, I confront the space where the mountains meet the sky as metaphor for longing. I force the horizon line to be tangible by cutting it out of the large photograph. The image and medium become one entity. The image dictates the shape of the thin cuts, and the cut line reveals the tangibility of an otherwise romanticized and unattainable visual cue. With these cut pieces, I make physical and abstract decisions about how to deal with them as objects. When they are installed around the gallery, the scale is initially obscured. At first, the viewer experiences the line forming the cube at a one-to-one scale. Upon closer investigation, the immensity of what the thin line represents is revealed. The act of forming a cube with the lines is a physical manifestation of the idea of a three-dimensional illusion. The horizon line is actually something we can experience and understand only in the abstract, just as we experience a drawn cube. 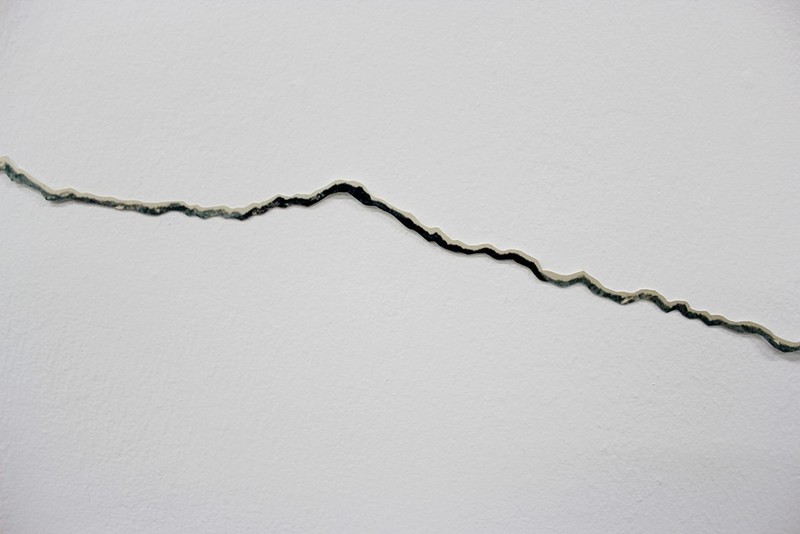 OPP: You have your hands in a lot of pots. Aside from being a maker, you work at the Rockford Art Museum in Rockford, Illinois, you are Co-Director of and a regular contributor to Make-Space.net, as well as Art Editor for BITE Magazine. How do you balance so many different roles?

My other two co-directors from Make Space, Etta Sandry and Lynnette Miranda, are two of the hardest working people I know. I can truly say that I look up to both of them in many different ways. BITE is a great experimental, online collaboration because I have never met my Features Editor, Daniel Griffiths—or any of the other editors, for that matter. They live across the globe, spanning New York, London and Singapore. The Rockford Art Museum is a comfortable place for me because it is a collaborative atmosphere with passionate people. Everyone at the museum has welcomed my ideas, skills and experience that have came from these other roles. But how do I really balance all of these roles? Barely. 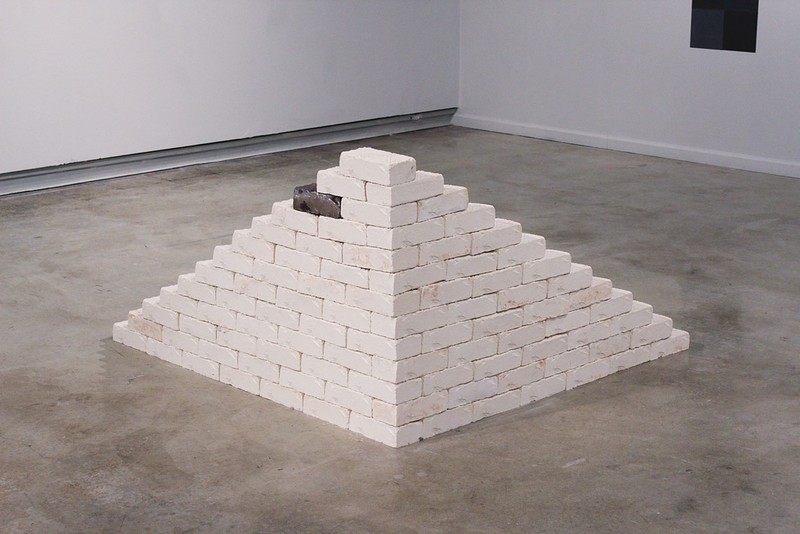 OPP: And how do these other roles relate to or inform your studio practice?

JJ: I have thought about the relationship between the projects I am involved in and my studio practice many times. Sometimes I throw up my hands in frustration and say, “I guess all of it is my practice!” But that’s not true. That is too easy—it is a simple way to avoid being critical about my interests and myself as a person.

Honestly, I believe the most important aspect of the relationship between the roles and my studio practice is the tension and flux. The very thing that inspires me is the thing that keeps me away from the studio. Visiting other artists’ studios is wonderful. Afterwards, I feel like I not only understand the artists’ work on a personal level, but it also reveals a strength or weakness in my own work. That fact is, I have learned more about what art is and what making means through conversations, interviews and studio visits than I ever have in academia. 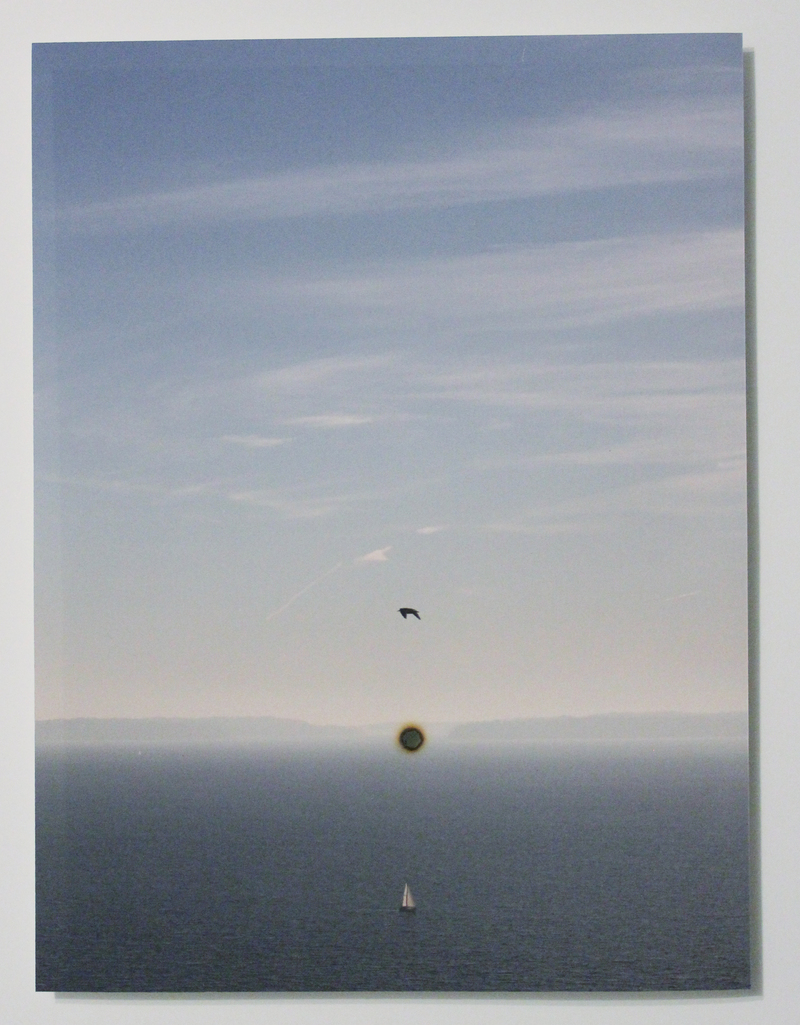 OPP: What’s your favorite piece of your own work?

JJ: I think Boat, Bird, Now is my favorite piece, probably because it is still fresh to me. It tackles a lot of the same issues that Horizon Series does, but in a more compact, poetic way. The cigarette burn forces a connection between the boat and the bird while intersecting the horizon line. I am trying to control a beautiful image or moment in a physical way, or trying to relate to a moment that has passed but has been captured.

JJ: My wife Iga Puchalska and I moved to Rockford in July 2013. We immediately saw a need for more contemporary art and programming. Rockford is pigeonholed as one of the most “dangerous” or “miserable” cities in America, but it is gaining a lot of energy from creative people who are starting from the ground up.

Public Practice is not a physical site; rather it is a collection of culturally relevant, interdisciplinary projects. Our mission is to provide smart, engaging, challenging art programming to the Rockford community and beyond. These projects materialize through the collaboration between Public Practice and other organizations, spaces, businesses and artists. Each collaborator utilizes its own strengths and resources to formulate a project that is aimed at exposing the public to contemporary art with the goal of developing new social perspectives while expanding dialog between Rockford’s community and contemporary art practices.

We aim to be an educational entity, to the public as well as to the collaborators and ourselves. We invite the public to work with us, not as a means to an end, but in order to emphasize the practice of exchanging ideas through creative foundation. Iga and I are approaching Public Practice with a sense of sincerity, experimentation and resourcefulness. We are very excited because this project can have a very real impact on the community. 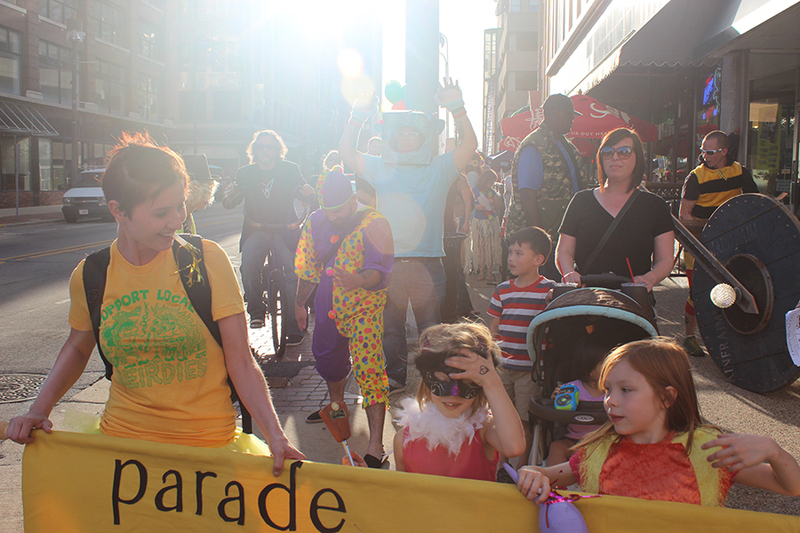 OPP: Do you have any projects lined up yet?

JJ: We just had our first successful project called Parade on June 13, 2014. In the spirit of collaboration and public engagement in the arts, we organized an art exhibition with artist Jesus Correa and Rockford Art Deli. We considered the parade as an art medium and the floats as art objects. Parade started in the public and invited the public to participate. Local and regional artists were invited to create "floats" to accompany them during the parade, which ended at an art exhibition at Rockford Art Deli. Along with the artists, the public was encouraged to join our sidewalk parade—which they did in great numbers! We had well over 100 people in the parade, representing the very diverse Rockford community. We hope to make this a yearly occurrence.

We are also teaming up with Conveyor, a space for live storytelling, to create a programming-heavy exhibition series. Because the aim of the project is to approach the artist’s practice as transparent, invited artists will be asked to create an alternative approach to programming. This programming will act as a springboard to demystify or intensify contexts within the work that is being exhibited. We are happy to have James T. Green as our first artist! 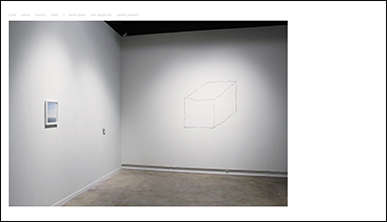