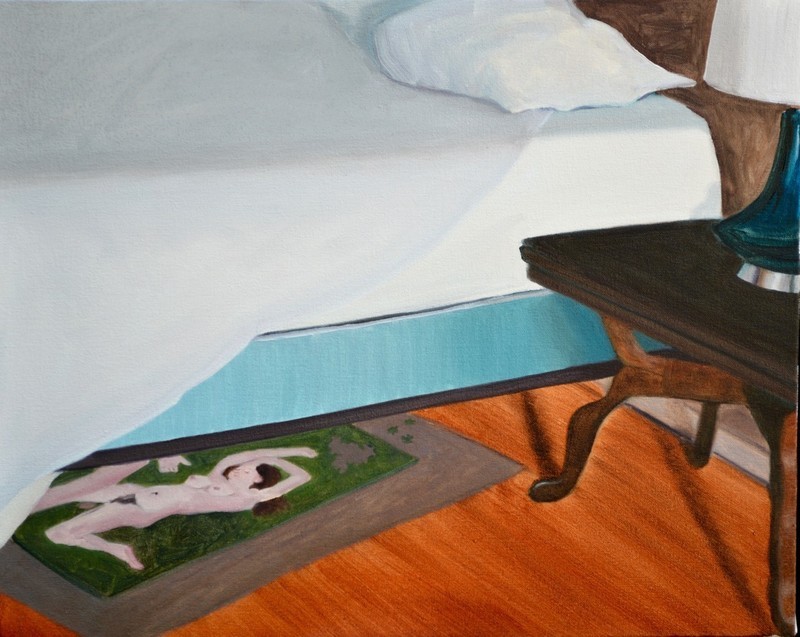 GWENDOLYN ZABICKI's representational paintings recall the long history of still life and genre painting. But her contemporary subjects—wrapped presents, the lit windows of urban buildings seen from ground level at night and construction workers—highlight an empathetic yearning. They are opportunities to imagine what we can't see, what we don't have access to, and to care what's there. Gwendolyn earned her BFA from The School of the Art Institute of Chicago in 2005 and her MFA from University of Illinois at Chicago in 2012. She's been an Artist-in-Residence at Vermont Studio Center (2013) and at Lillstreet Art Center (2012) in Chicago. She's exhibited widely throughout Chicagoland, including Visitation Rites III (2015) at The Franklin, Cool and Dark (2014) at Comfort Station, Emmett Kerrigan and Gwendolyn Zabicki (2014), a two-person show curated by Melody Saraniti as part of the TRIGGER Project at Hyde Park Art Center,  and solo show Present Paintings (2015) at Riverside Art Center. In the fall of 2016, her work will be included in New Business, a group show at Hyde Park Art Center. Gwendolyn lives and works in Chicago.

OtherPeoplesPixels: Your Present Paintings, which “are meant to be given away as gifts to strangers,” instead of sold, emphasize the process of giving, not the having that follows. And yet they are still paintings, which are arguably the most sellable art objects. Can a painting ever side-step commodification entirely?

Gwendolyn Zabicki: Paintings are very sellable art objects, but no one I know makes a living selling their art. Everyone does something else, like teaching or arts administration, that pays the bills. I think most artists are used to the fact that their art isn't going to make them rich, but they do it because they love it. My painting is no different. Painting can never side step commodification entirely, but nothing can. Land art and performance art—art forms that were never meant to be commodified—have been documented and that documentation is what is sold on the market. 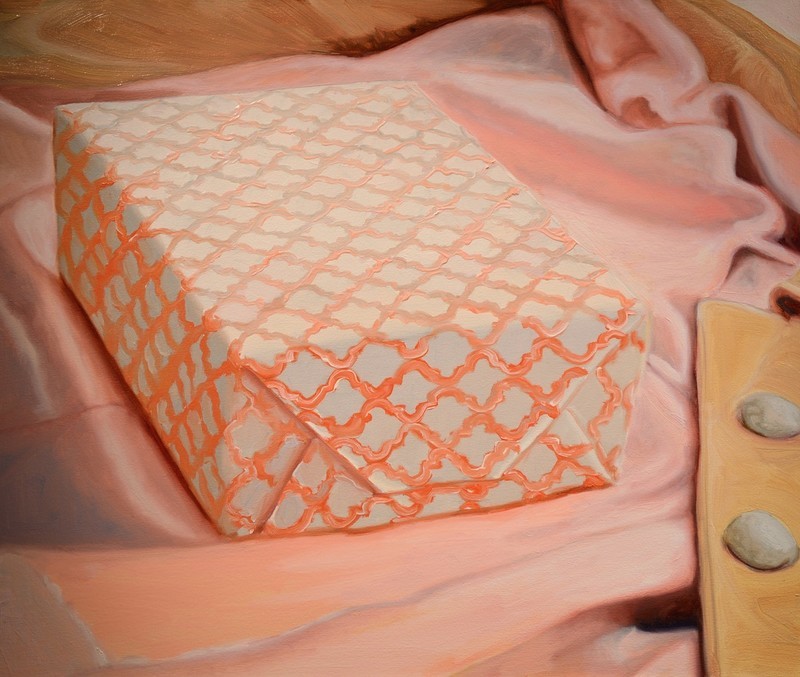 OPP: I recognize many of the names in the titles as fellow Chicago artists—Patrick Q Quilao (Three Black Gifts with Bow), Anne Harris (Gift on Wool Coat with Pink Satin Lining) and Karen Azarnia (Yellow Gift), for example. Were these paintings intended for these artists upon creation, and do you imagine what is in the box, even if you don’t tell the recipient?

GZ: Some of the boxes had real gifts in them—books, shoes, board games—and some of the boxes were empty. I chose boxes that had pleasing sizes and heft and that went well with the wrapping paper I wanted to use. I made the paintings without anyone specific in mind. Last year, I had a show called Present Paintings at the Riverside Arts Center. At the show, there was a sign up sheet that read:

After the close of Present Paintings, the paintings in this series will be given away at random to attendees of this exhibition. If you would like to be considered, please sign below. If you are selected to receive a painting you must agree to the following conditions:

1)This painting cannot be bought, sold, or bartered in the future. It can be re-gifted.
2) We (you and the artist) will be linked in a fiduciary relationship. You (the recipient) will be bound in an ethical relationship of trust and friendship with me (the artist), taking care of this painting indefinitely. Examples of our friendship may include: invitations to sibling weddings, texts, dinner parties, Christmas card exchanges, etc to be carried out in perpetuity.
Note: this is not a mailing list. 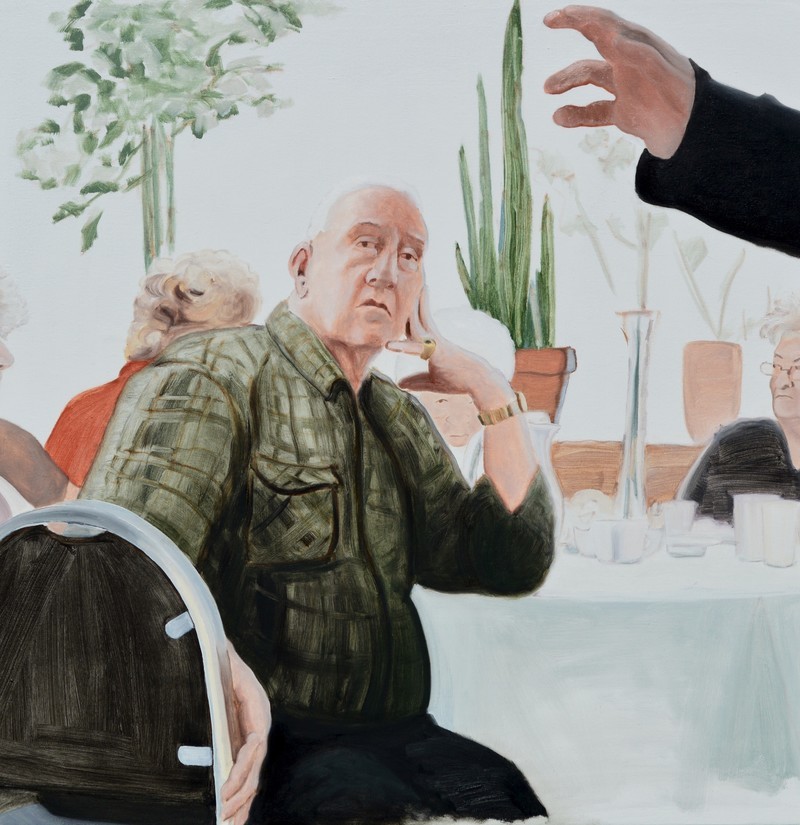 Amusement, boredom, fatigue in the face of a man at a performance of Ed Parzygnat, the Polish Elvis
oil on canvas
30in x 31 1/2in
2016

OPP: “At the core of all my work is the fear that plagues many Millennials, the fear of missing out (on potential friends, on experiences).” Why do you think FOMO is stronger for Millennials than others? How does this fear register in your portraits of near-strangers and Night Paintings?

GZ: My parents are baby boomers and living in their cultural wake, I've spent such an enormous amount of time trying to catch up with the music, books, movies, political history, and art produced by their generation. And it's so easy to do now with the internet. You can just stay inside all day and eat cookie dough and watch Mahogany or Johhny Guitar. Or you can fall into a Wikipedia k-hole and spend an afternoon reading about the inevitable heat death of the universe or scumbag Republican strategist Lee Atwater. You will never ever catch up with all of the interesting ideas and people out there; for me that is wonderful and tremendously sad. Looking in someone's window at night is a reminder of that. You can see this person and you'd probably like them if you knew them, but you'll never know them. All you know is that they exist and you've missed them. 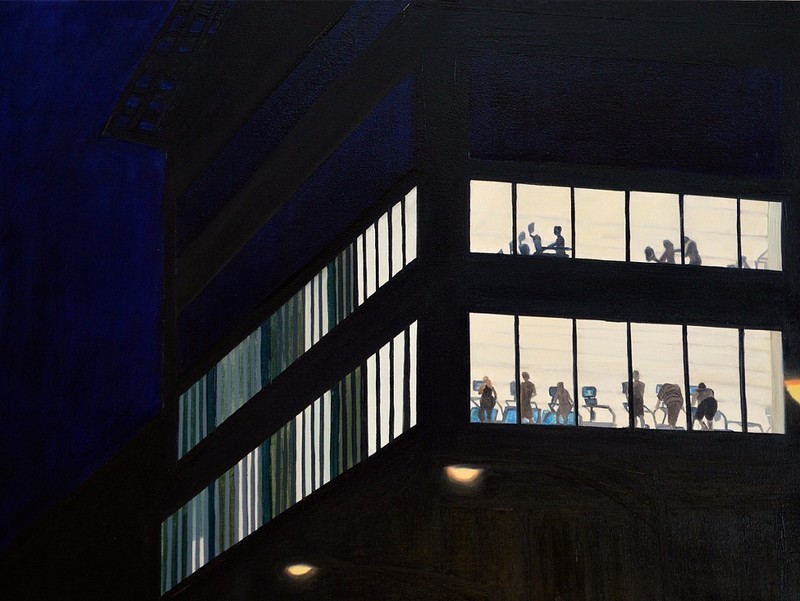 OPP: I read the Night Paintings (2011-2015) as fundamentally empathetic, not voyeuristic, despite all the looking into windows. I think of long, directionless walks I’ve taken through Chicago, wondering about the lives of others and appreciating the idiosyncrasy of whatever is visible through the windows. Is this my own lens or would you call yourself an empathetic painter?

GZ: Your take is right. They are more wistful than prurient. My paintings need other people to exist, and I need other people. Painting is a very solitary practice, but I don't like to be by myself. I've been doing a lot of portraits lately, and it's really just like hanging out. I go the the sitter’s house, and we pick out something cute for them to wear, and then we usually eat or drink something. And then we think about poses and what to include in the background. It's collaborative, and it's social.

I am glad that there is such a social element to being an artist, that every Friday and Saturday I can go to an art opening and see all my friends there. I also get a lot of joy from teaching. My students are so much fun to be around, and I feel so energized after spending time with them. Movies about isolation or outer space are like my personal hell. 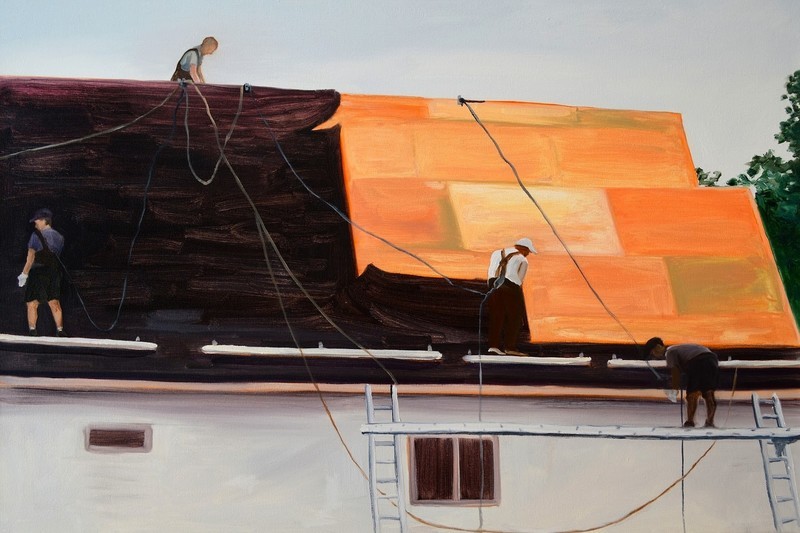 OPP: You are also a skilled interviewer and have interviewed numerous painters for figureground.org. If you were interviewing yourself, what question would you ask? And the answer, please.

GZ: I was asked two very simple questions recently, but they are ones that everyone should think about. The questions were: What was the first piece of art that resonated with you? And when did you know you wanted to be an artist (and why)?

So the first piece of art that really mattered to me was an advertisement on the side of a carton of Dole brand Pineapple-Orange-Banana juice. My parents used to buy it, and it would sit on the table during breakfast when I was a kid. I had been to museums and I had seen important, iconic artwork, but I couldn't relate to any of that. It just seemed like museums were full of pictures of naked people fighting. So back to the juice carton. This advertisement on the juice carton was for a promotional contest. You could win a pair of baseball tickets if you sent in the UPC code on the bottom of the carton. The advertisement showed a grandfather and a grandson at a baseball game. The grandfather was holding a baseball mitt up into the air like he was going to catch a fly ball and the look on his face was of pure joy. He was in ecstasy. The grandson next to him was maybe five years old and not as good at faking emotion. He looked not upset, but a little bit bored and not nearly as thrilled as his grandfather. I looked at this image every day for weeks and I thought, oh my god, this moment that I am seeing is the moment just before the grandson says some awful, nasty thing to his grandfather. I am seeing the moment before he stabs him in the heart and says, "I'm bored. Baseball is stupid." I thought maybe the grandfather couldn't afford baseball tickets and only got them because he won them and that he wanted to share this special thing with his ungrateful grandson. This could play out in two ways. The best thing would be if they both forgot this moment, like it never happened. If the grandson remembered someday what he did, by the time he was old enough to apologize, his grandfather would be dead.

I was about ten or twelve years old at that time, and I had said nasty things to my mom. At that age I was embarrassed to be seen with her, not because of anything she did, but I was embarrassed by everything, to be seen at all. I snapped at her once in the grocery store for buying generic butter. We did not have a lot of money at the time and the generic packaging was so awful back then. I was ashamed to be poor and I was ashamed to be ashamed. All of this, this entire narrative was contained in that image on the juice carton, in the subtle expression on that young boy's face. This picture was devastating. I had to turn it away. This image was really my first deep read of anything. Because it sat on the table every morning, I was in a place to analyze it. When I was a little bit older, I learned that there was a whole profession of people who made images and who studied them and obsessed over them. So being an artist was a natural fit for a sensitive baby like myself. 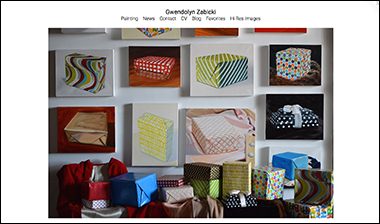