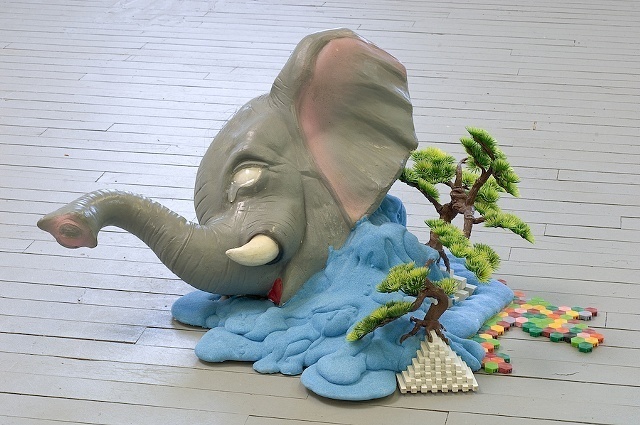 OtherPeoplesPixels: In drawings like Watch What You Say Cause… (2006), The Abject of Man's Gaze (2009), and I Know What You Said (2005), you use an interesting diagonal composition which creates a sense of one thing leading to the next, but the juxtapositions and the scale discrepancies are sometimes nonsensical. The same composition can also be seen in some of your sculptures, such as Beastmaster (2006) and Mount Elephant (2008). What's it like to draw and build in this way? Do you start at one end and not know what will be at the other end?Eric Huebsch: I really think in 3-D, I made the drawings first thinking they could become sculptures. As for ideas, I kinda have a vision and I see some details, but generally it never turns out how I first envisioned it. Also with those pieces, I like the puzzling challenge of putting it together and figuring out the composition. So the diagonal layout helps convey a certain depth in graphic quality of the pieces. A lot of those earlier works have a particular flatness to them and that style of drawing is somewhat akin to the drawings of a stoned teenage boy. 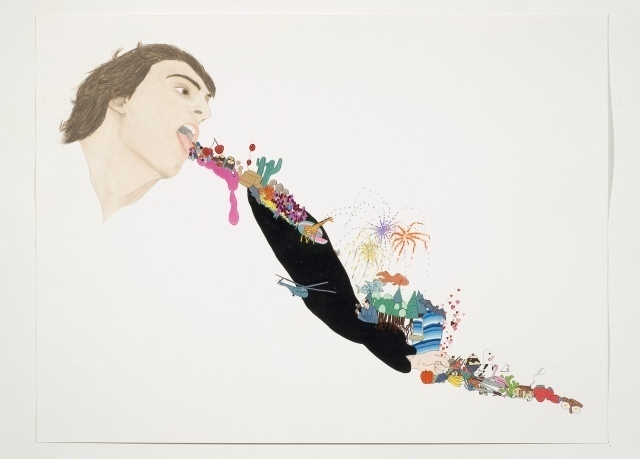 EH: I was given this vintage scrapbook and decided to use it to create a story. I have lots of different types of source material that I have used for other 2-D pieces and thought I could create a entertaining story using the scraps of my source material. Most of the images have some sexual connotation, and I was thinking that people have been bonking forever and will continue to do so. It’s timeless really. Everything can be sexualized, even the most innocent thing.OPP: Is that because sex is naturally embedded in everything all the time? Or because anything can be transformed into anything else? Is your intent to say something about the power of appropriation or about the power of sex?EH: I believe that sex/reproduction is at our core. As primal as that sounds, I really think it is true. Generally speaking, people are pretty shy and conservative about sex, even though people in the entertainment industry (i.e. music, television, movies) and in advertising all use sexuality as the key component in some of their messages. Obviously, not everyone is reproducing, but everyone is still enjoying the act of sex. 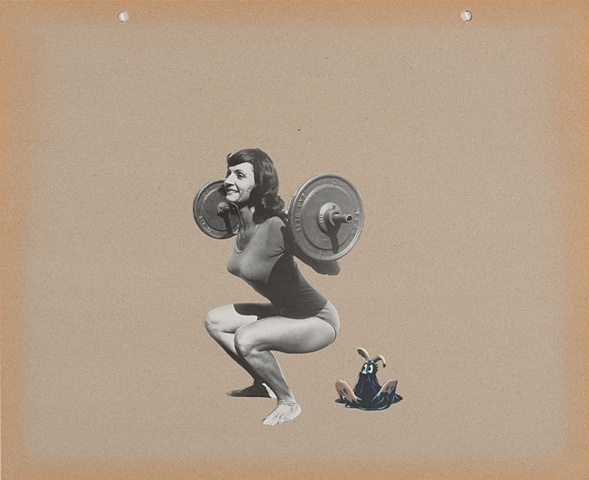 OPP: Can you talk specifically about the imagery of Br'er Rabbit, Br'er Fox and Br'er Bear from the 1946 Disney musical Song of the South, which is notoriously considered racist and has never been available on DVD or home video in its entirety due to this controversy. How does this history of your source material contribute to what you are trying to say with the collages?EH: It’s interesting, because it is somewhat generational. Some get it, some don’t. So it adds another layer for the folks that can make that reference. And if you don’t have that reference, you see it purely as imagery but with the question of where that found imagery came from. For the most part, I feel that I have decontextualized the imagery and appropriated it to create something new.  The imagery still teeters on the edge of what is and isn’t acceptable.OPP:  Theoretically, can everything, even the most loaded material, be decontextualized?

EH: That’s a tricky one. I‘d like to think so. There are so many variables that can play into it: location, audience, etc. Nothing is absolute. 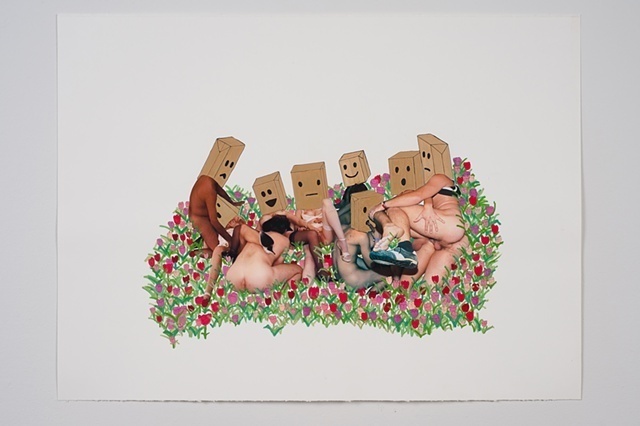 OPP: In sculptures like Human Growth (2007) and The Oogie Boogie (2007), you seem to have an intense fondness for materials that appear to drip and ooze, evoking body fluids like semen and vomit, as well as tar and even melted flesh. Is that some kind of expanding foam insulation? How did you start working with this material?EH: Well, in art school I initially worked in glass. I was drawn to the wet, syrupy, plastic-like feel and look of the material. In graduate school, I became a bit disillusioned with the material of glass because of its size and cost limitations. I started using materials like foam, epoxy, and fiber glass to try and achieve that illusion. Also, there is a bit of alchemy that happens when you work with two-part expandable foam. There is a finite amount of time when you can work with this stuff, and it really has a mind of its own. I find that there is a lot of beauty in those chaotic moments. The work just happens and you are just part of the catalyst.  As a metaphor, I like playing with the excess of this stuff coming out of any and all orifices. There are times when we are so sick that we have to surrender to the intense moments. There is no grace when the body decides it needs to purge; those moments are involuntary. 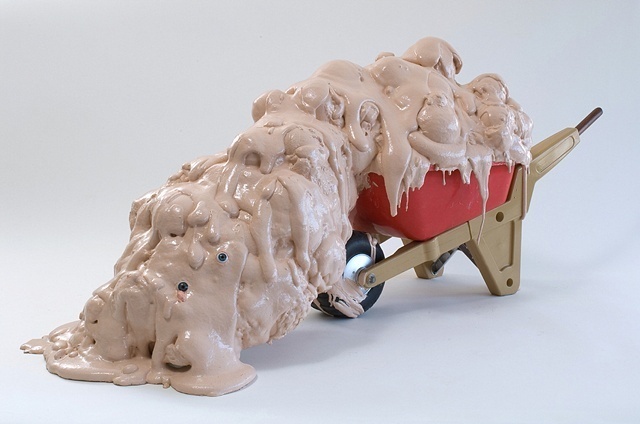 OPP: Your artist statement is on the sarcastic side. Is this your actual voice? What role does sarcasm play in your work in general?EH: Yes. BIG.OPP: Tell me a little about the Miscellaneous Muses section of your website. Are these found images and sculptures? In what ways do they inspire your work?EH: So, the Miscellaneous Muses are my life.  I’ll find them, sometimes they’ll find me. They (the images) all have a story and they all make me smile in one way or another. I’ve been trying to collect life’s truths and life’s little inspirations, and these nuggets have kept me motivated and interested through the years. The search is everlasting and enduring. I put them on the website to share a little window into my world/brain with visitors. 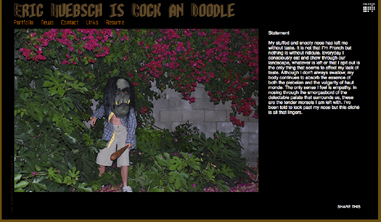