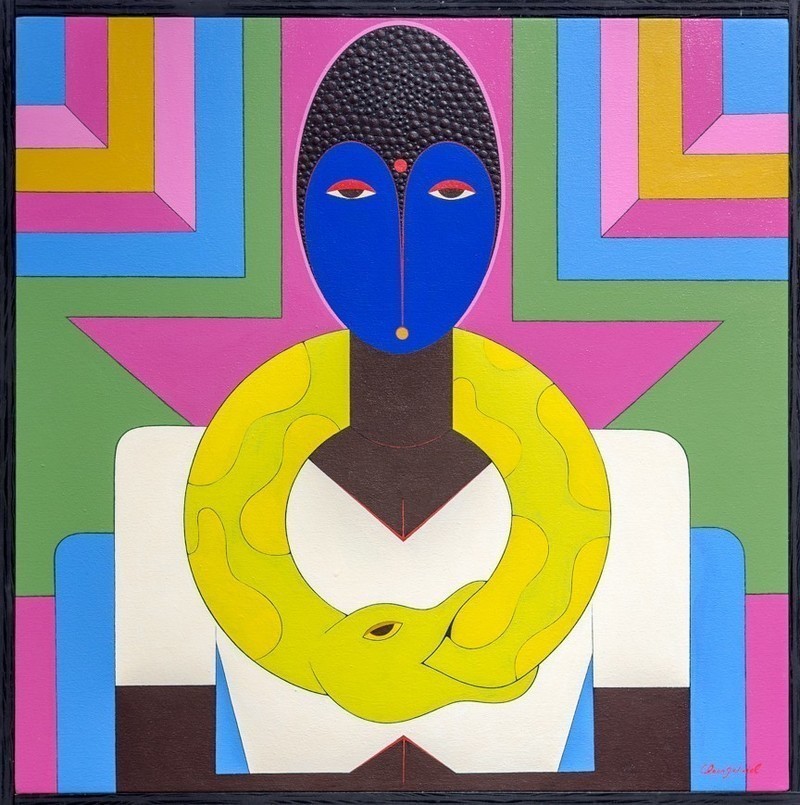 CLAES GABRIEL's (@claesgabriel) work is energetic, even hypnotic. His paintings push the boundaries of what paintings are. In addition to the conventional rectangle, he shapes his canvases to mimic masks and statues. These works, which put mythological and historical figures on equal footing, vibrate with color and pattern, making it difficult to look away. Claes earned a Bachelor of Fine Arts in Painting and Sculpture at the Maryland Institute College of Art in 1999. Exhibitions include Stand In (2016) at Automat Gallery (Philadelphia), Images from the Floating World: The Works of Claes Gabriel and Tyler Wilkinson (2017) at University City Arts League (Philadelphia) and solo show Thicker Than Water (2015) at Platform Gallery (Baltimore). Most recently Other Than Human was on view at the Philadelphia International Airport, and he was featured in the online literary journal A Gathering Together (Spring 2018). His work is included in the permanent collection of the Walters Art Museum in Baltimore, MD. Claes currently lives and works in West Philadelphia.

OtherPeoplesPixels: Have you always been a painter?

Claes Gabriel: What a great question: have I always been a painter? I just read Alan Watts' Become What You Are. so in a way, yes. But mainly because my father was a painter. He studied in Paris and New York and came back to Haiti with a fierce style which he passed on to me. The content of my work followed the change, I think. 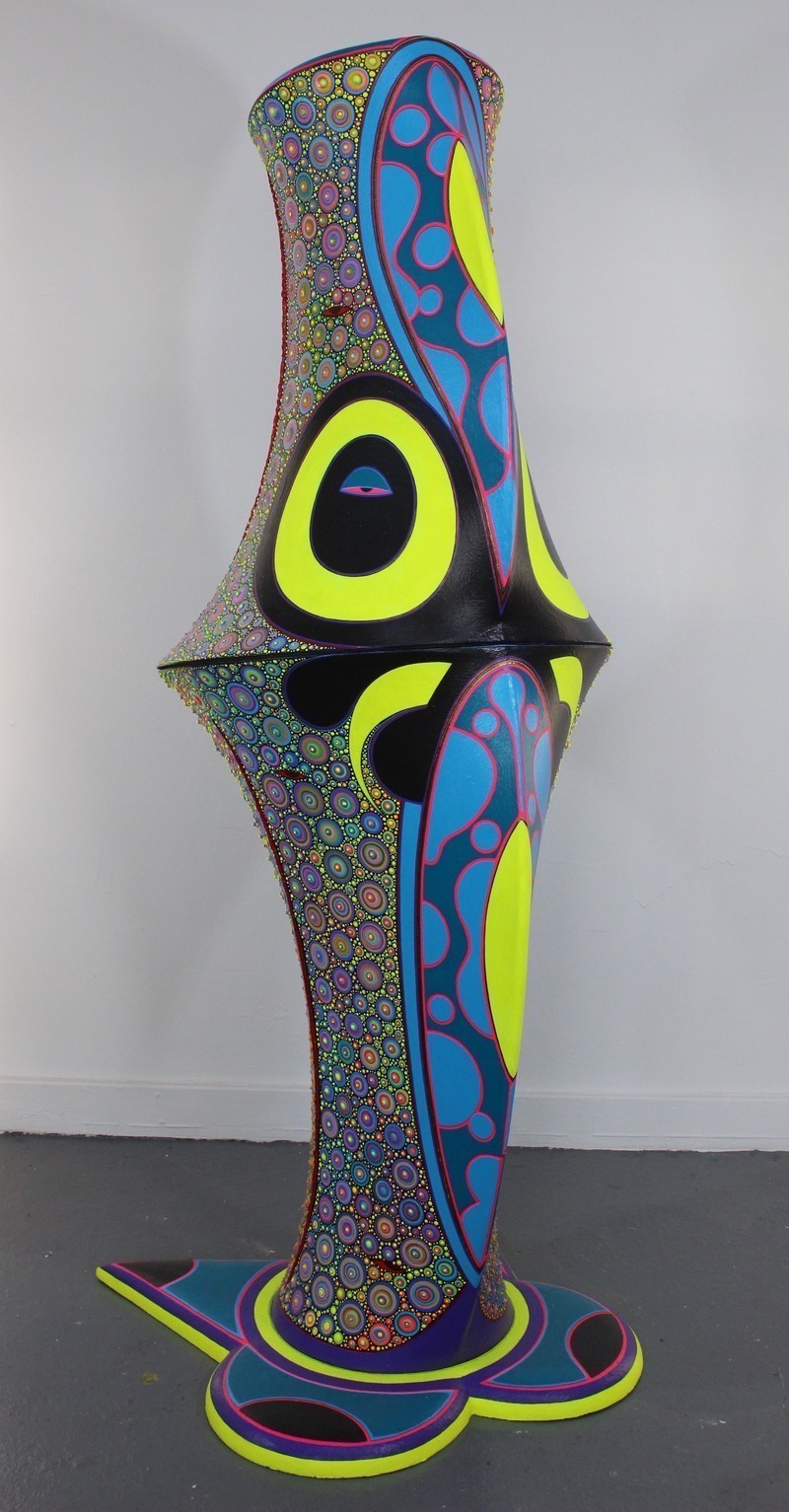 OPP: When did you first start painting on shaped, sculptural canvases?

CG: I began to shape canvas in college almost twenty years ago. I was fascinated by Frank Stella, Elsworth Kelly and Sam Gilliam. They broke out of the square shape. I wanted to mix what I learned from them with the rich Haitian history I come from. Usually I make the structures, then stretch and gesso my canvas and then begin drawing with charcoal. 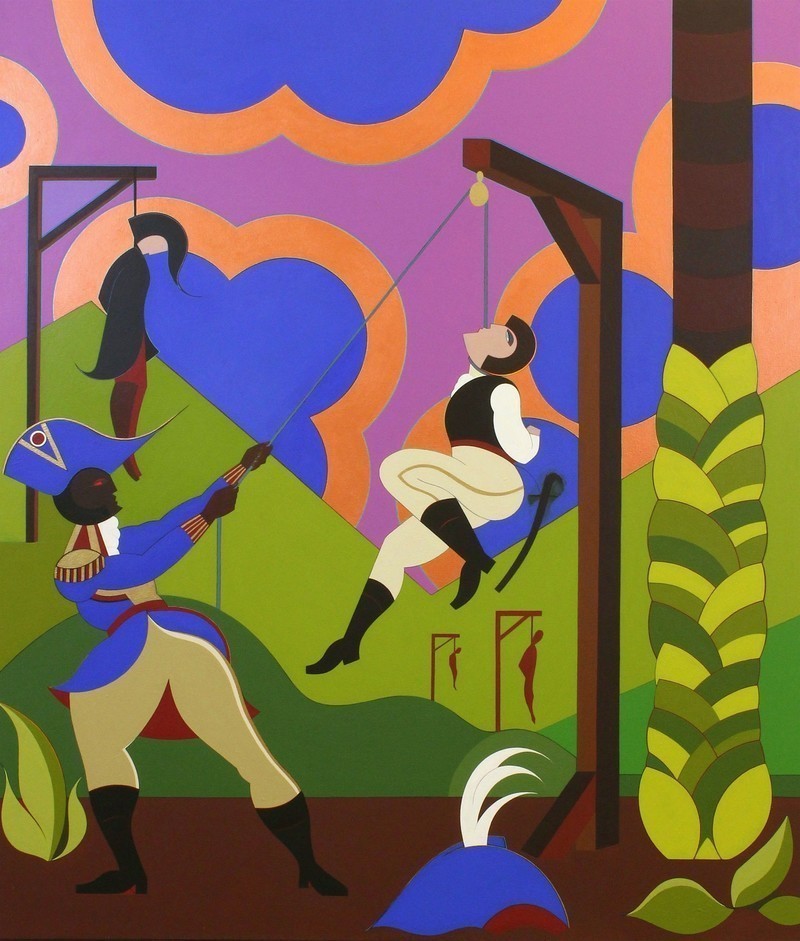 OPP: You’ve represented archetypal figures such as The Elder and The Sea Nymph, goddesses from various parts of the world, including Circe and Green Tara, and historical figures like Little Ruby Bridges and Touissant Louverture. Can you talk about the way mythology and history live together in your practice?

CG: Mythology—that comes from my childhood in Haiti. I grew up hearing the voodoo drums in the background. We talk of spirits as if they are a real thing. The history part is simple. I have a pulpit as an artist that I want to use to bring up issues we may have forgotten that are still relevant. 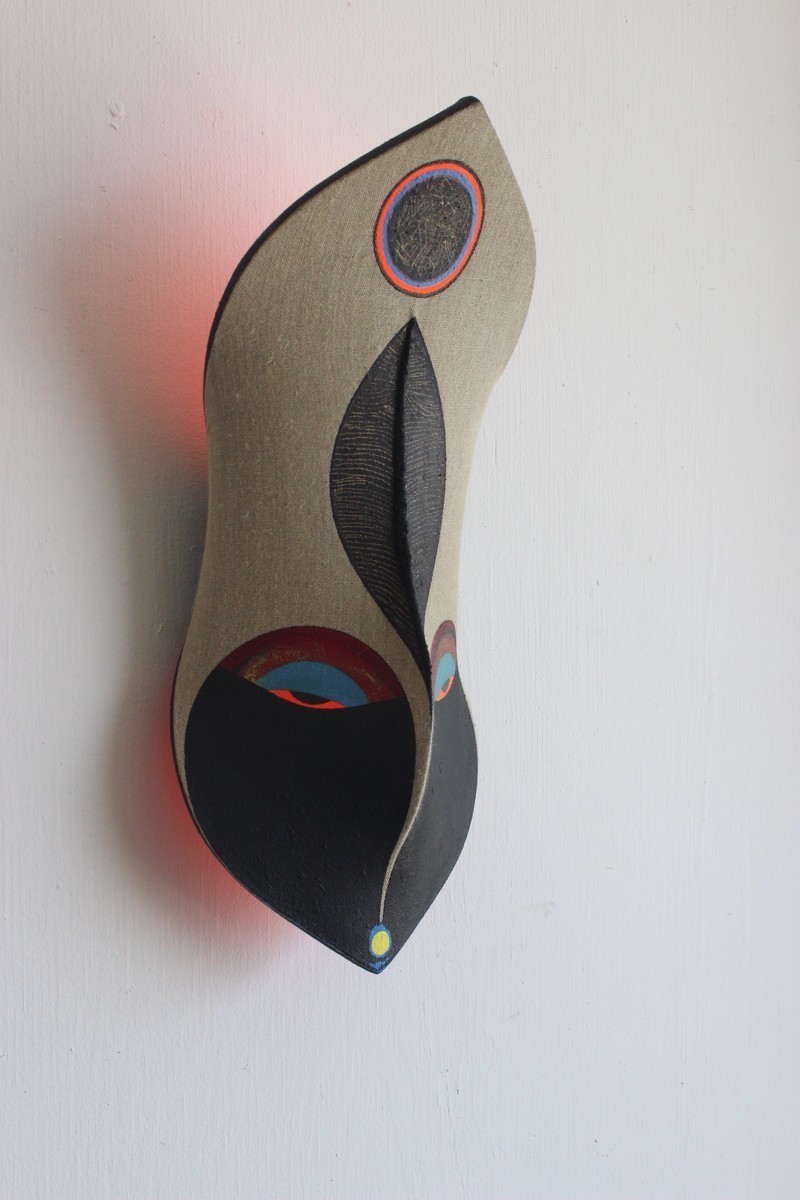 OPP: I was really struck by the image on your website that shows you standing on a stool working on The Harlequin. It emphasizes that these statues tower over you. Can you talk about the scale of the statues and the masks as they relate to the emotional tone you hope to evoke for the viewer?

CG: If I make the piece slightly larger than life, it might seem more human. 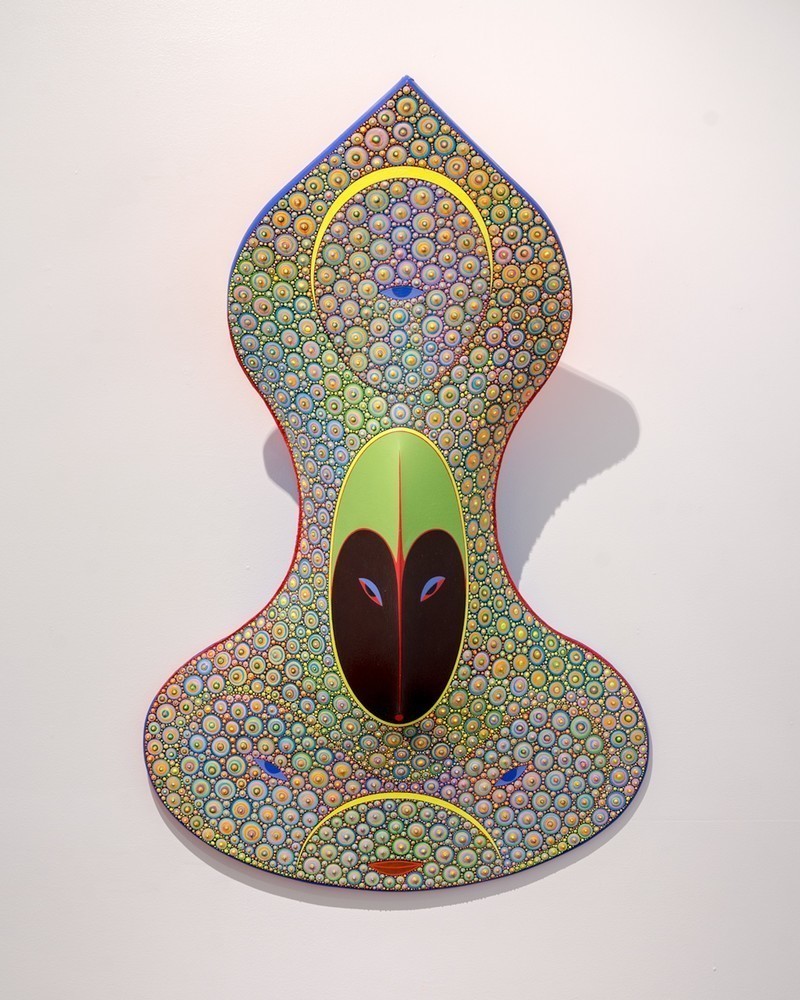 OPP: Can you talk about those recurring concentric circles, the undulating shapes of the masks and your palette?

CG: I think of tibetan sand paintings when I am making the circles. It's a meditation. 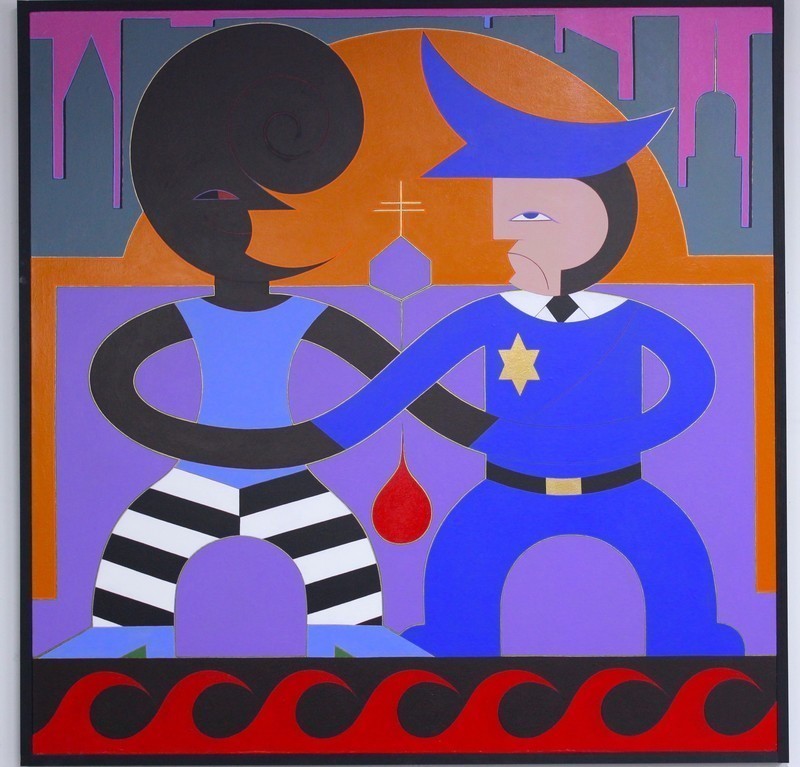 OPP: What does the ouroboros mean to you? You have at least three different paintings with that same title.

CG: I will probably keep working on that theme. It’s the snake eating itself. The best thing I could think of for a self portrait. 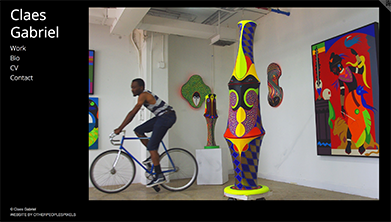