I've been hearing from every artist around me, and am also feeling myself, that the recent election and all the following actions by the current administration are majorly impacting how they view their art practices. Some of us are floundering, asking whether what we do is really important and others are finding renewed value in the creative process and creative communities. 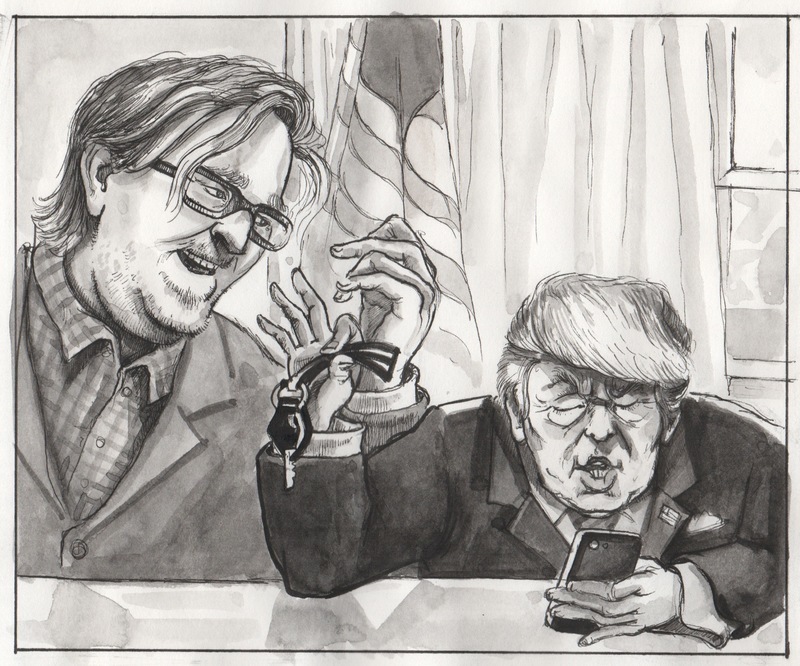 "Yes!!! I have had many discussions around this topic as well, and the range of ways artists are coping and processing is myriad. Personally, I have dipped into my deep past, to my early illustration training and have been making political cartoons. I find art making to be the only real outlet for me to process the torrent of madness in the news these days. To slow it, focus energies and establish opinion. And when I can, I support fellow artists who are fundraising through sales of art or t-shirts, etc. Individuals are taking on the task of fundraising for great organizations who fight the good fight, but I have been thinking about centralizing that idea, maybe into an online rolling exhibition of sorts that would be very accessible. I haven't formed the idea yet but our community is filled with great thinkers and entrepreneurs and brilliant makers who could be a loud voice together." 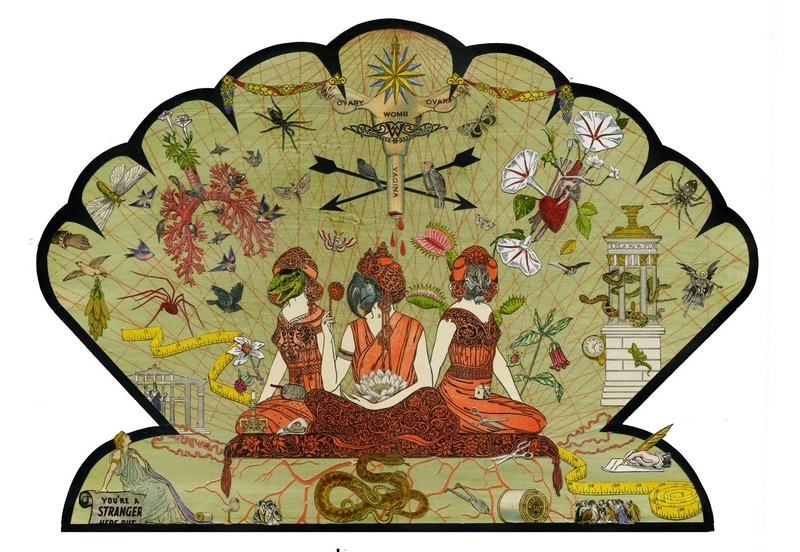 I have a renewed interest in printmaking as a way to make flyers and handbills to distribute during protests and for writing postcards to congress, senate and our local elected officials.  Not yet sure how it will effect my main practice, but I have no doubt it will creep in at some point. I am asking my local arts organizations to divest from any relationships they have with organizations that have ties to NDAPL and the BBPL (bayou bridge pipeline, the tail of the serpent). In New Orleans, that organization is the Helis Foundation. I'm looking forward to using digital print as a way to fundraise for vulnerable organizations by making small editions at an accessible low cost. As artists we have to keep in mind that this has been done in the past, the National Endowment for the Arts was gutted a long time ago. Other organizations stepped up to fill the void left behind. I'm hoping the same will occur over the next four years, that the Cheeto in Chief will bring us all closer together in his attempts to drive us apart. Best of luck to all of my fellow artists and humans out there fighting the good fight. Your work is needed now more than ever, get in our out there and make beautiful, thoughtful things!! 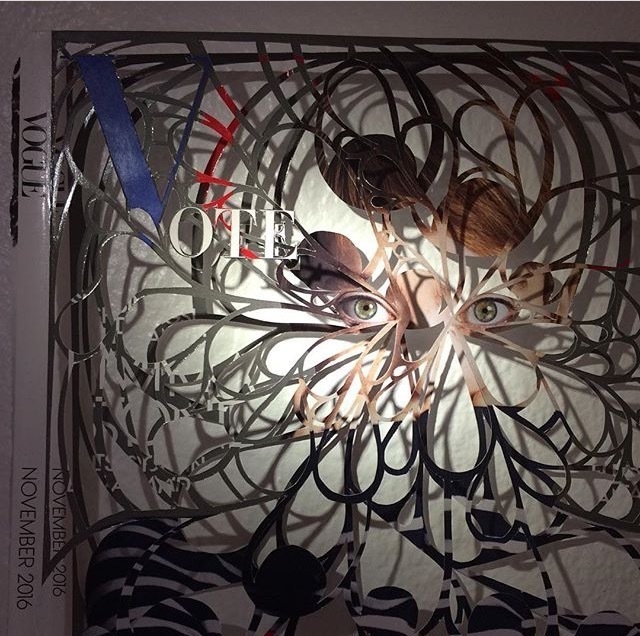 "Motherhood was the first big change in how I work, but in a way that was less disruptive than this election. There is now a weight pushing down on my mind that was not there before. Especially with the regressive agenda against women's reproductive rights and so much more. My work has always been about the woman's body and editing fashion photography down into a more powerful image by cutting away as much if the surface as possible. Now, after a period of mourning and work reflecting that emotion, I find myself looking at finished work and asking myself if I made the image about strength. Does this woman look strong?" 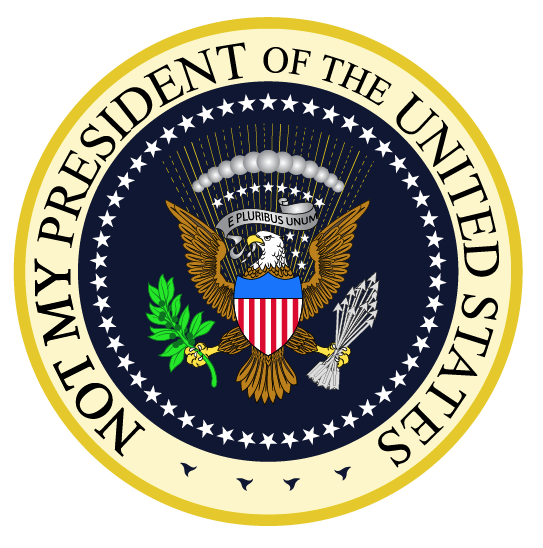 "I stand firmly in resistance to the current administration and keep a steady stream of anti-trump images flowing out into the world. I always share the work in hopes it will help the resistance, for use as signs or posts. Otherwise, yes, I am struggling to maintain a regular creative output. For the moment I keep my resistance work and my personal work separate but have no inhibitions about them, or my, connections to them. My work is already subversive so if I can just get to a functional level of anger, despair and disillusionment, I can channel my energies back into my work. One thing I do know is that the underground can thrive in a dictatorship. I cling to that idea, that my career is rooted in collectives and alternative spaces and I know the energy and power and effect that a group of like minded people can project. We will all keep making work, and it will matter. And people will see it and experience it, and it will make a difference. I personally just have to get my lean returned to forward and not just flat out on my heels in shock." 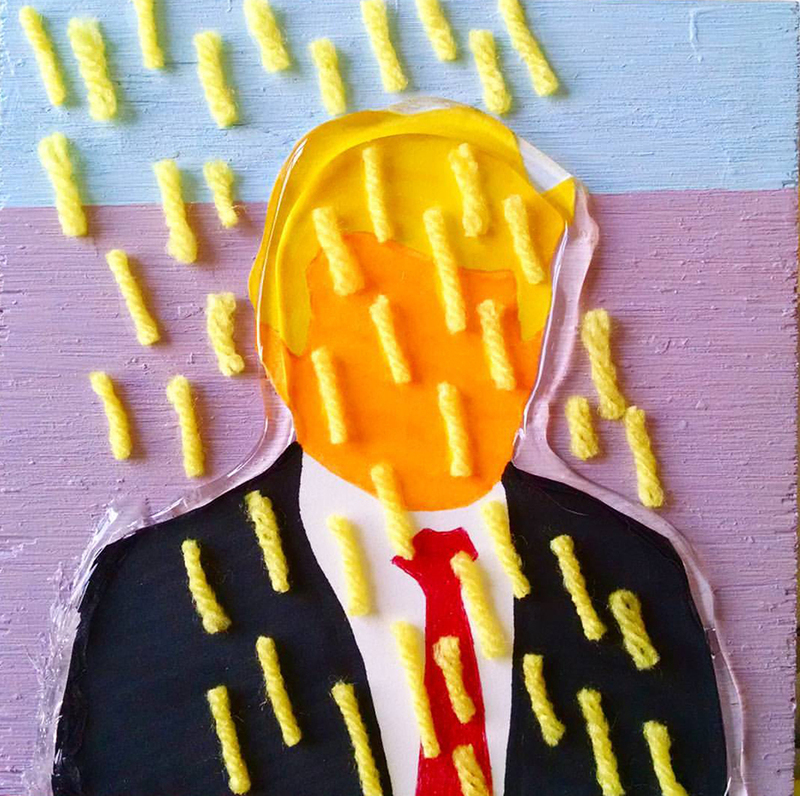 "Like many artists, my head has been swimming since the election, and each passing day brings another turn of events. It seems like the first month of this administration has been more eventful than the entirety of many past administrations. Below are some general thoughts, in no particular order of importance. 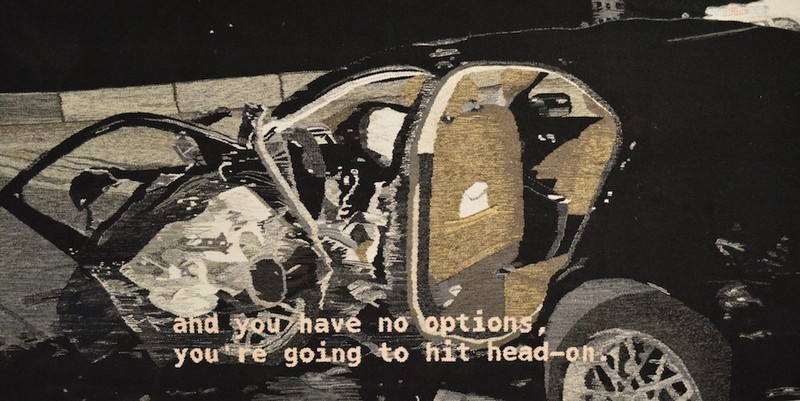 "I have been working on a very personal and emotional exhibition for the last five months. It opens in March, but as the time approaches, it feels like advertising an art show is just silly. I support myself with my art and am struggling with how to continue on this path as arts funding seems to be getting cut everywhere and collectors aren't as adventurous. It feels ridiculous pushing art when so many other causes are matters of life and death. I know art is important, and I will not stop making it. But it's going to be much harder to survive with 45; that seems like a truth for the majority of folks in and out of the art world. I am looking for work outside of my studio practice so that I can have income to donate and support causes that I can't currently on my non-existent budget. I am also doing more research into artists who are women of color, trans, immigrant, Muslim, Mexican— those who are what 45 is explicitly against—and supporting their work when I can. I am also going to way more art openings, it seems like an obvious thing but especially artists who are opening shows lately I know how much work goes into them and no one expected the climate to be so toxic. We have to support each other physically, hugs are great." 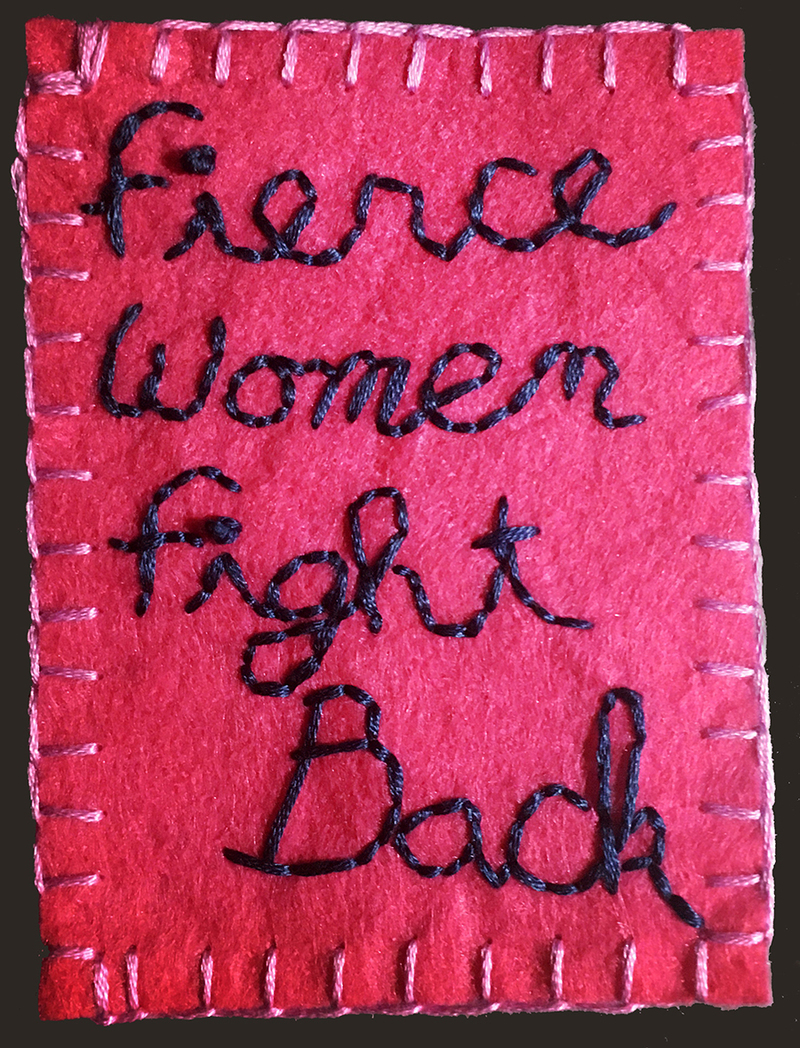 "Recent events have caused a crisis in my mind in relation to my practice. I feel derailed, like the work I was making isn’t important enough to deserve my time when there are so many things to be done. The outwardly activist portions of my practice have stolen all my focus and attention as a way of coping. However, this feels disingenuous. All that work about queer opulence and visibility and our body politic is more relevant than ever. However it’s also dangerous (maybe it was always dangerous). We are under attack. It’s an attack against beauty, queerness, opulence, and everything my work stands for. What is beautiful is that we will continue to resist the toxic, fragile masculinity that is currently destroying the earth. As a bi queer femme, I shine bright, constantly proclaiming myself as “out” and counted amongst the many who cannot blend into the crowd. I am ready for this fight, even though I’m frightened. And yet, convincing myself to make the work I want to make is hard when I keep spiraling back to the idea that it’s not enough.

In light of recent political events, I am rethinking the context of my art practice. It’s taken months coming to this realization, that instead of having a collection of disparate bits that are the ruins of my practice strewn around my feet, that these things I want to be doing—making protest banners and punk patches for resistance—are not so unrelated to the sculpture and installation work. My work is still about touch, interactivity, play, the creation of experience through the occupation of space via the multiple, queer experience (the femme perspective), and the creation of community through skill sharing….. However, instead of trying to talk about these things individually, I think I want to talk about activism and the roll it has in shaping the way these congruent narratives are interrelated. I’m hoping by reframing the discussion in my mind, I’ll be able to get back to making the work." 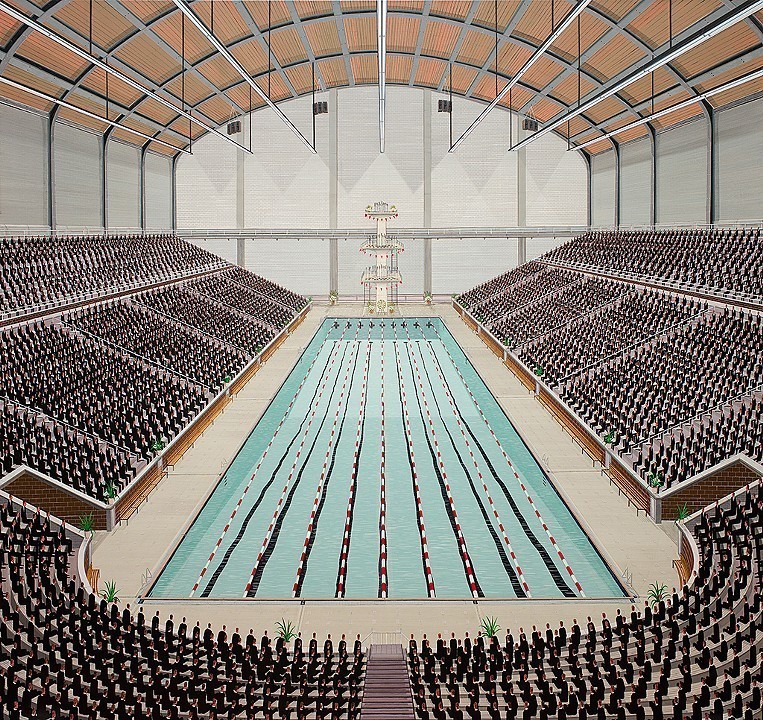 "I feel particularly well equipped to answer this, considering the fact that my work has dealt with politics and power for a long time. However, I don't claim that my work is topical, and I've always made an attempt to be vague about what's really going on in the narrative situations I describe. The day after the election I found suddenly that reality had crept much closer to the somewhat surreal situations I paint. In the last week and a half, it almost feels as if the strangeness of the political climate has surpassed anything I've described in my paintings. Now my concern is that these look like political cartoons. I'm trying to figure out how to respond and let what's happening permeate the imagery, but at the same time I'm trying to retain a poetic quality in which everything isn't all explained and spelled out. Its a weird balance and I feel that it will take some time to really let everything marinate. Everything has flipped so quickly. It's too early to tell what's going on. I think it was George Orwell who said that scared people don't write good books. At the moment, I'm trying to determine whether scared people can make good paintings. Its been tricky so far. I've made signs for protests, but I have given them to people who don't have signs of their own. when you leave, leave your sign for somebody else to use!"