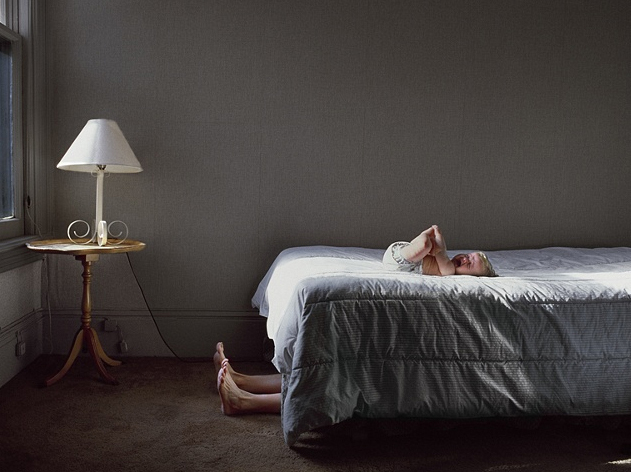 OtherPeoplesPixels: Your Spawn series spans three years from 2007-10 and depicts both a pregnancy and the subsequent infant and toddler in striking domestic settings and landscapes. I assume the subjects of each photograph to be you and your own child—how much of this work is performative and how much of this work incorporates restaged moments of your own motherhood?

Lindsay Page: Spawn was an examination of the contradictions I felt transitioning into motherhood. There was simultaneous exhilaration and intense anxiety, gain interlaced with an overwhelming sense of loss. It was a messy time that seemed continuously at odds with the societal narrative of birth and motherhood as exclusively celebratory. In addition to being beautiful and transformative, to me there was something somewhat monstrous about pregnancy, where the body acts with a will of it’s own creating this unknown presence. When my daughter was born I felt overwhelmed by a sense of disappearance, that my self identity (and my identity as an artist) was being eclipsed by this generic label of “Mother." So I started to create these images as sort of a defense against invisibility. There is this inescapable proximity that accompanies early motherhood so it seemed essential that she be included in many of the images, though doing so felt somewhat exploitative. This is probably the series I am most conflicted about making. Motherhood is a difficult terrain to navigate in art, as there are so many clichés and stereotypes that one can fall into while making, or that viewers can’t escape when looking. It is difficult for me to know how the images read, but for me both the making of and the resulting images are problematic, awkward and discomfiting, which seems appropriate to the discussion. 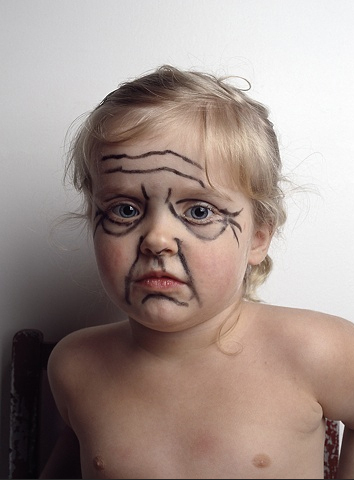 OPP: Tell me about your recent photograph Old lady.

LP: My mother is sick and I guess in response to that I have started to project images of mortality and aging onto myself and those around me. As I get older I see glimpses of myself as an elderly woman, see how my physical self will shift in the years ahead.  I think anyone with kids is acutely aware of their physical vulnerability, as soon as they are born you start to worry about them dying. I began to think about my kids gradually growing old and the impossibility of my witnessing them in the last stages of life.

LP: I am also interested in the complexities of play, how children’s games can seem simultaneously innocuous and sophisticated depending on the viewer’s perspective.

OPP: Adult human forms wrapped in white fabric appear in your photographic series Basement Performances. Your recent photograph, Octopus features another human form entirely encased in white. In this image, the form is that of a child and the white fabric appears to be a hooded sweatshirt worn backward, a pair of tights worn on the legs, and two more pair of tights tucked into the sweatshirt and held by the hands to give the playful yet eerie appearance of the figure having eight appendages. Tell me about the connection between the two photographs. What served as your inspiration for Octopus?

LP: There is not much of a connection conceptually between the two images. Basement Performances were much more about the ways in which we reinvent ourselves in our private spaces, often as a more empowered figure than we actually are. I was also interested in picturing longing and in engaging a discussion about substitution. Octopus is more ambiguous and somewhat exploratory. Again I am thinking about the complexities and contradictions embedded in childrens’ play and the ways in which an image can unnerve a viewer without it being clear exactly why. Photographs of children pose questions about power relationships (photographer/subject, adult/child), as well as exploitation and I am interested in building on the tension that this creates both for maker and viewer. 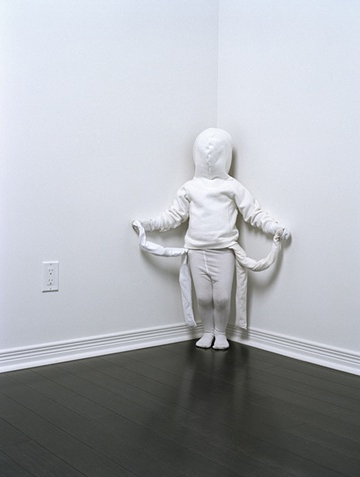 
OPP: In your three channel video installation, I'm building you an army anonymous hands create twelve paper soldiers who, as completed, salute to the camera and join each other in a large grid. Who is the “you” in the title for whom the army is built? Can you speak about the conceptual concerns for this video installation?

LP: There is a specific “you” the piece refers to, but it is never revealed. The piece is about power and powerlessness and the interplay between aggression and passivity.  It stems from a desire to transform the individual into a group, to multiply the self in order to enact change that the individual alone cannot. The impossibility and futility of this act of sharing the self becomes more and more evident as the group accumulates and begins to dissemble and fall apart. It is the repeated gesture of the attempt at this, despite the impossibility of it, that most interests me. There is this repetition of and insistence upon an action that can never extend beyond itself. The effort far outweighs the result, and the piece sort of sits as this doomed heroic gesture.

OPP: A life-sized form resembling the paper soldiers in I'm building you an army appears in your photographic series Basement Performances. Tell me about the Basement series and the significance of both the paper soldier and human forms cut from paper more generally, in your body of work as a whole.

LP: I have always been interested in the ways in which objects can be activated through art. Puppetry and animation transform objects into something beyond their materials and there is then this potential for a viewer to be affected in an unexpected way.  No matter which media I am working in, I need to include this kind of tactile building element. I am interested in apparatuses / constructions that are obvious and flawed as a way to insert my presence into the work and connect myself as a maker with the audience. 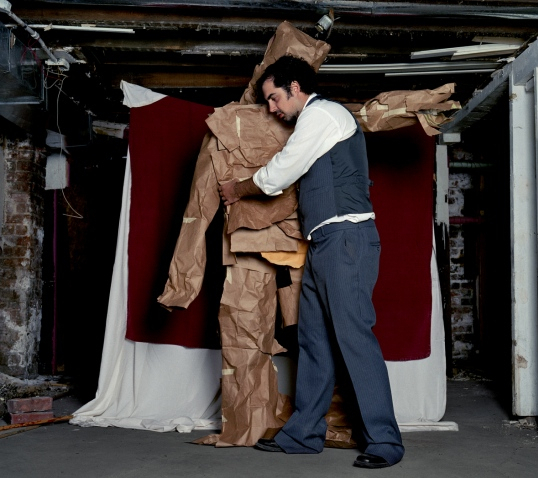 OPP: What are you working on now? What is next for you?

LP: I am currently working on a large installation piece called, Erasing Machine. The piece, employs kinetic sculpture to facilitate the erasure of knitted photographic portraits. The public is asked to submit photographic images of individuals they desire erased from their memory. They are not asked to identify themselves or disclose their reasons for the desired erasure. These photographic images, once converted into “photo blankets” are slowly and publicly erased throughout the duration of an exhibition. I hope with this piece to engage discussion about the relationship between photography and memory and raise questions about ownership of images, representation as well as power and violence. 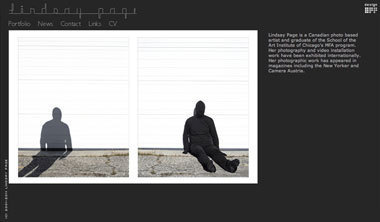