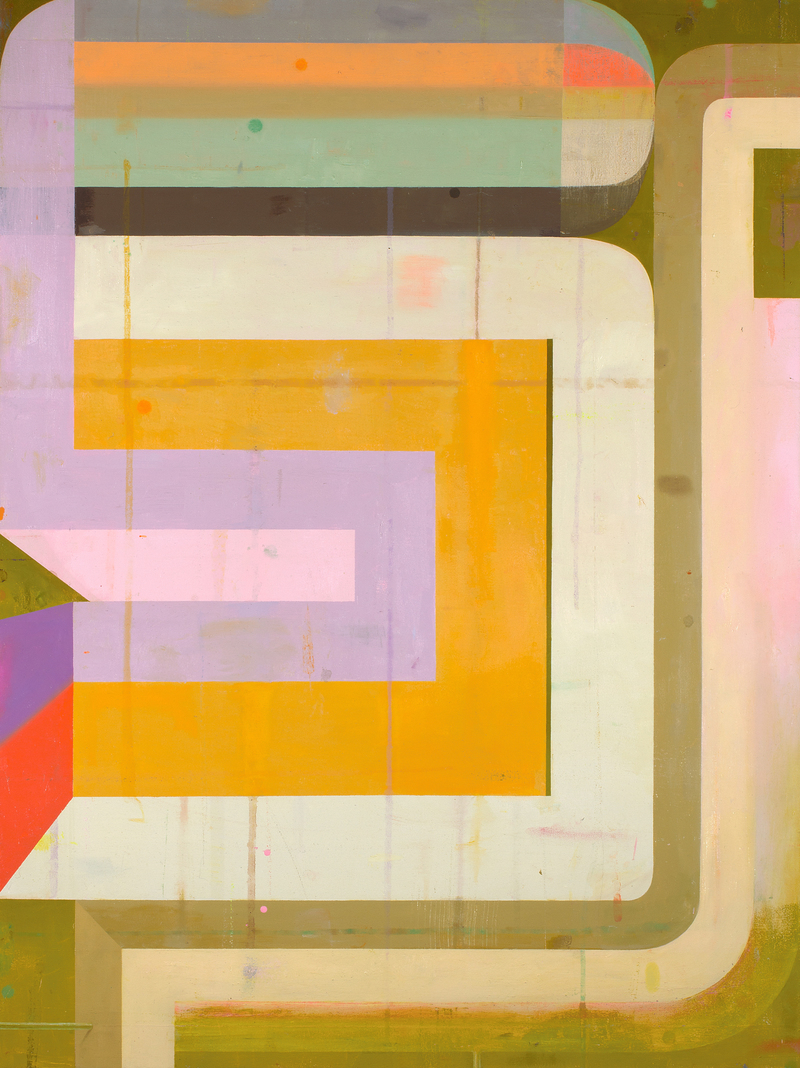 DEBORAH ZLOTSKY's paintings and drawings emerge from a process that embraces accidents, coincidences and contingencies. Whether she's working in powdered graphite, chalk or oil, her abstract, interconnected compositions explore "the necessity of change and the beauty and complexity of living." Deborah earned her BA in History of Art from Yale University (1985) and her MFA in Painting and Drawing from University of Connecticut (1989). In 2012, she won the NYFA Artists’ Fellowship in Painting. She has received residency fellowships at Yaddo, MacDowell Colony, the Saltonstall Foundation, Virginia Center for the Creative Arts, Ragdale Foundation and the Bemis Center for Contemporary Art. In 2017, she opened two solo shows at galleries that represent her work: Fata Morgana at Robischon Gallery (Denver) and BTW, at Kathryn Markel (New York). Deborah’s most recent work was an outdoor, interactive work for Out of Site: Contemporary Sculpture at Chesterwood. Deborah lives in Delmar, New York and teaches at the Rhode Island School of Design in Providence, Rhode Island.

OtherPeoplesPixels: What role does contingency play in your process?

Deborah Zlotsky: Contingencies and accidents fuel my process. I like to joke that my mother told me at an early age that I was unplanned, and that notion of accident probably permeated my thinking about being in the world starting in childhood. Certainly I never thought of being an accident as something negative—it was not presented that way, and the idea of hidden confluences of forces at work seemed important and revelatory.

As an undergrad studying art history, I loved the research part of scholarship, trying to gather and document all the forces at play to explain a particular decision or situation or mindset. But now I’m much more interested in harnessing or experiencing the variety of rules and responses that activate a process than explaining or describing,

After I research how to begin a painting, I’m buoyed by the thought that I’ve done my homework and feel equipped to start. However, I never know enough or am prescient enough to know how to proceed once I’ve started. Constantly assessing what in the painting is offering a way forward via a stray mark or an unanticipated proximity opens up possibilities and guides the way I value relationships and construct the painting. My reliance on contingencies and coincidences is hugely consoling. I need to work within a process that is, in a way, magnanimous. If I stick with the work long enough, not only am I not penalized for the fuck-up, but I’m actually indebted to the fuck-up. 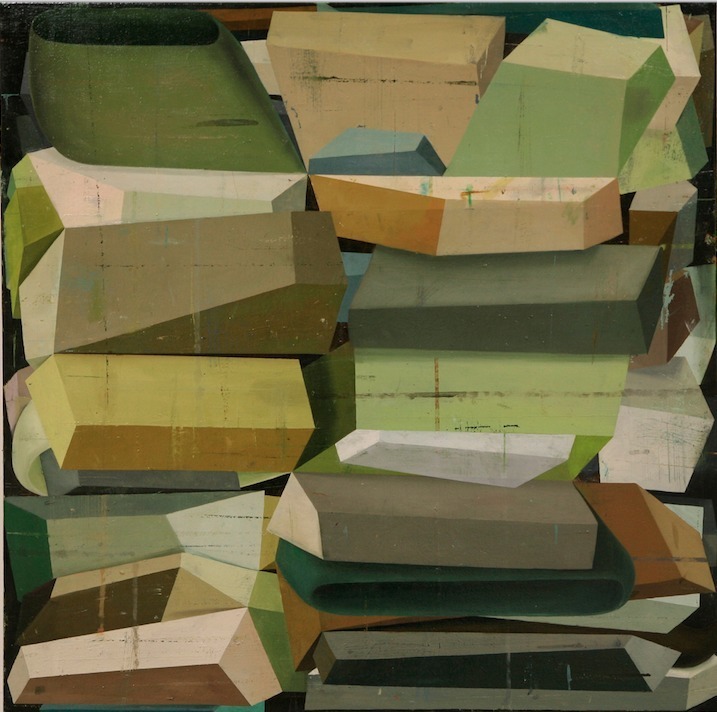 OPP: A phrase that keeps popping into my head as I scroll through all your work is “abstract systems.” In some cases these systems seem bodily, as in the graphite drawings. In other works, non-uniform, angular blocks appear to grow out of one another, as in The inundation (2014). In paintings like The encyclopedia of obviously (2015), these angular blocks become more fluid and interlaced, evoking networks of air ducts. Does this resonate with you?

DZ: If you go back even further, my first serious paintings were figurative,  exploring the body as an intricate structure with complicated interconnections of form and movement and interval. I was interested in the poignancy of what the body could do, the weight and gravity of fleshiness,  and the complexity of color on and under the skin. Then, for a long period, I worked on a series of dark, invented still lifes, in which all the interconnected forms were cobbled together from disparate 17th, 18th, and 19th century painting sources. Combining still life and figurative imagery from diverse sources  and recontextualizing them somewhat surreally in one space created a new construction that straddled the past and present.  Even though I used a realist vocabulary in these earlier figurative and still life works, I treated the structures as abstract Rube Goldbergian configurations within the pictorial space. 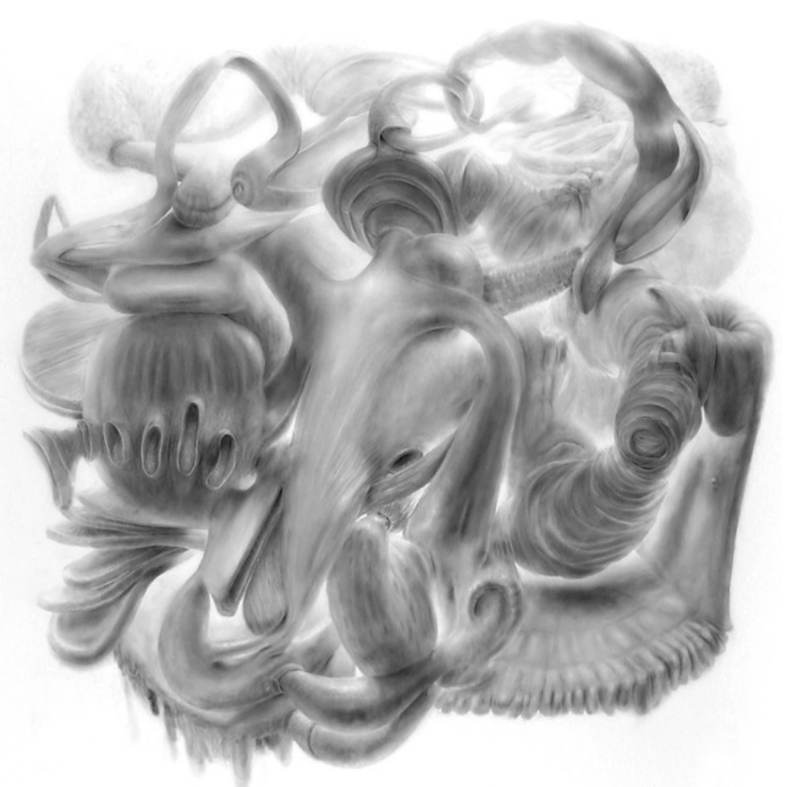 OPP: Your on-going series of drawings with powdered graphite on mylar that you began in 2005 has such a different surface and line quality than the paintings. The forms are distinctly more organic and the edges are soft, almost blurred. They seem like bodies of creatures I’ve never imagined. Do you think of these as bodies?

DZ: In the drawing series, LifeLike, I manipulate powdered graphite on sheets of mylar through a particular Ouija board-ish  process. I like to say I draw what I imagine I see, as the velvety graphite is spread, painted, blown, erased, wiped and smudged on the surface. At the risk of sounding ponderous, when I’m responding to the graphite smears, I feel like I’m searching for signs of life. I don’t look at anything but the graphite, and I fabricate form and light from a muscle memory that comes from years of teaching observational drawing. 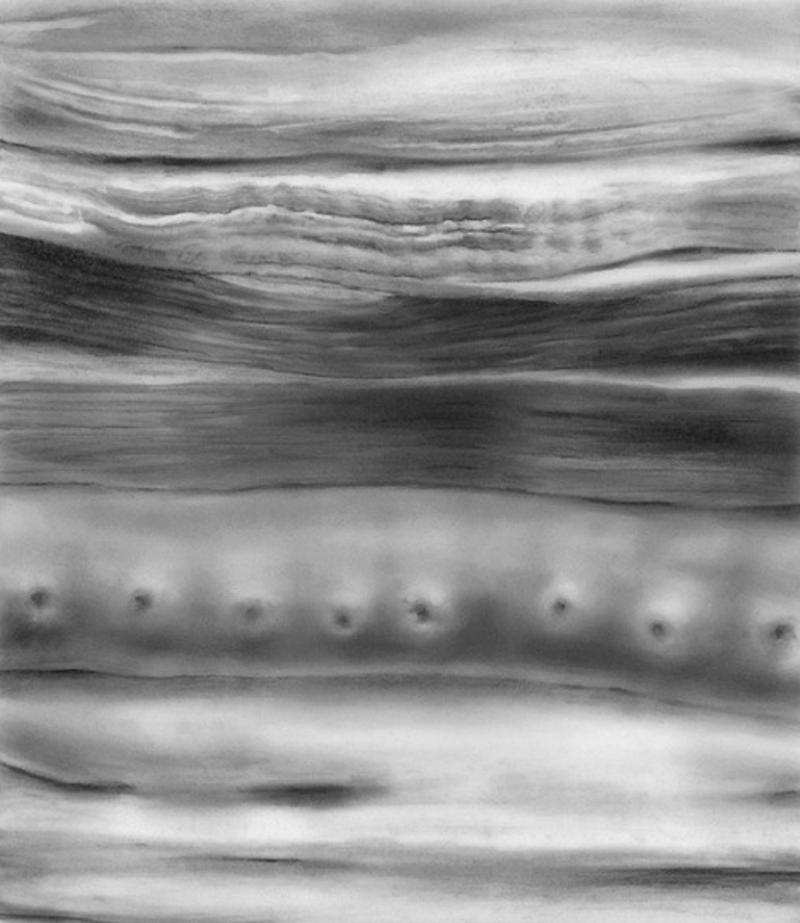 OPP: Are the titles nonsense words?

DZ: Each drawing is named through soldering together fragments of sounds and grammatical parts to construct a whole, much like my drawing process. While the resulting descriptive drawings are fictitious forms developed from collaged, invented parts, I feel the concreteness of the illusion I conjure up blurs boundaries between documenting nature and inventing nature. The uncertainty between what is credible connects to what is identified as natural at a time when so much is researched and implemented to distort/exploit/mimic/redirect nature. I continue to make drawings through this process as it’s always thrilling to see what it yields, especially because the botanical/biological forms in the best ones acquire some of the irregularities, complexities and beauty of the natural world. 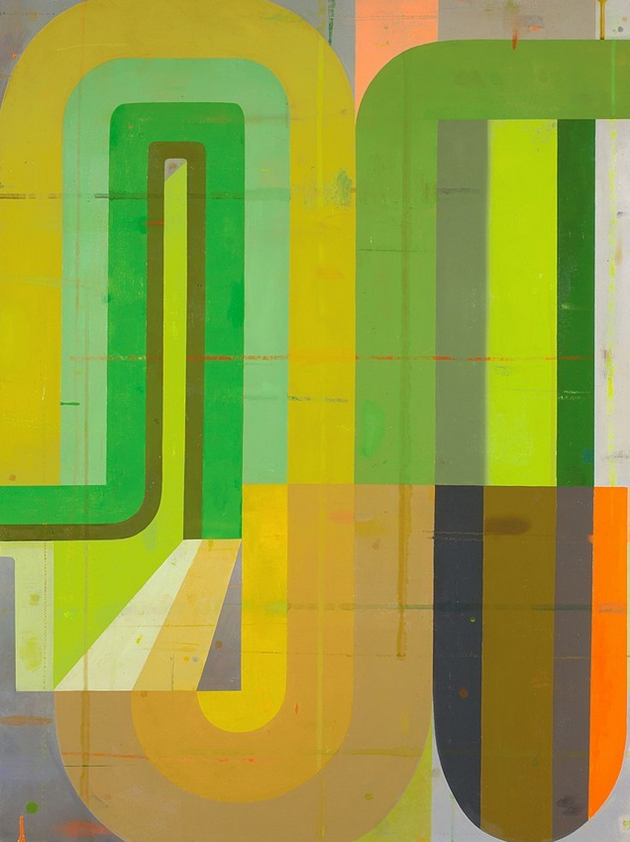 OPP: Your most recent paintings tackle the interplay of flatness and volume. Can you talk about the “process of accumulation, rupture and shift” in these new works?

DZ: In a general human way, my neural gravitational compass seems calibrated to discover the purposefulness and connectivity in things that initially appear disconnected and not quite operational. Finding that connective tissue launches a long and unpredictable process. For years, I thought of my role as a constructor, constructing relationships that perhaps weren’t that self-evident at the start. Now I see myself more as a repairer, patching up relationships that need a little TLC and introducing relationships to create a more nuanced infrastructure. That probably sounds overly anthropomorphic. It’s also rather biographical—my mother went to art school and my dad was an orthopedic surgeon. I always thought of my dad’s rarefied actions repairing bones, ligaments and tendons as super-smart and helpful, but grim and bloody, something alien to my squeamish, illusion-based, two-dimensional activities. However, the older I get, I seek remediation, creating flow and access by cementing together necessary relationships. Perhaps this is something I’ve inherited from my lovely dad. 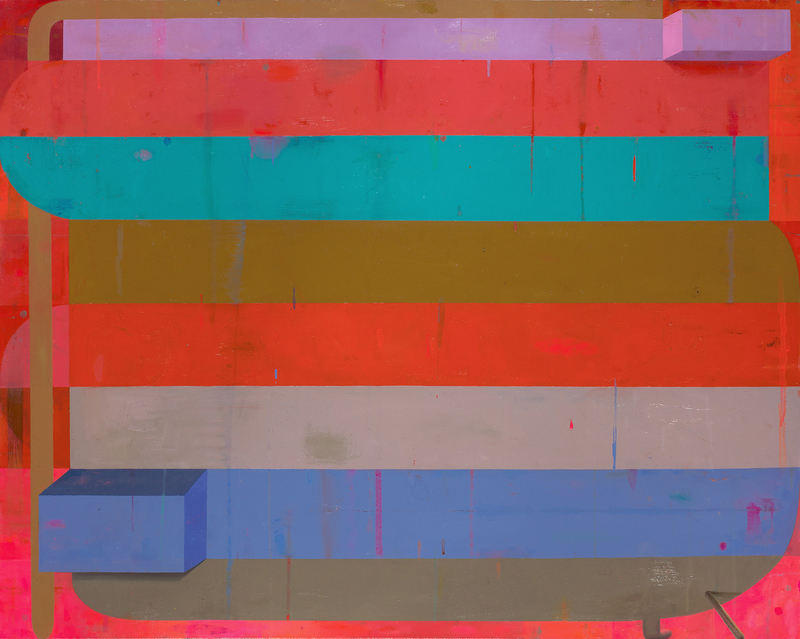 OPP: “The paintings materialize out of a friction between intention and coincidence, much like the daily processing and deciphering required to be in the world.” This is such a precise description of the process that drives the work. How does this investment in process gel with the finished piece as a discrete, complete object?

DZ: There is a moment when the process and product become enlivened together—enough of one and enough of the other to work together. A painting is also painting: both the noun and the verb, which allows for a certain simultaneity of being in the process and deciding that the process has reached a moment of synthesis.

My paintings are about figuring out relationships as much as they are about the relationships themselves: a process of continual revision, revealing the history and poignancy of the making/experiencing/seeing/sensing. Anoka Faruqee said that “a painting is finished when it asserts a presence that I can only describe as the right balance of discipline and unruliness, when its structure unravels in the act of looking.” Her definition connects to what I’m aiming for when I make the decision to let go of the painting and release it to others to look at and fill in the blanks.