JESSICA BRANDL's narrative ceramic works use the landscape of the American Midwest as a backdrop. Animated skeletons lounge on abandoned sofas and drink from crushed beer cans while farm houses burn. Her hand-built vessels and commemorative plates act as contemporary memento moris, while referring to the dark underbelly of American history. Jessica earned her BFA in Ceramics and Art History at Kansas City Art Institute and her MFA at Ohio State University (Columbus, OH). She was the 2018-2019 Taunt Fellow and the 2019-2020 Joan Lincoln Fellow at the Archie Bray Foundation for the Ceramic Arts (Helena, MT). Jessica won the 2017 Zanesville Prize for Contemporary Ceramics and was a 2015 McKnight Fellow at Northern Clay Center in Minneapolis, MN. Notable exhibitions include her solo show Hazard (2018) at  Belger Crane Yard Gallery in Kansas City, MO and the Unconventional Clay: Engaged in Change, the NCECA Invitational at Nelson-Atkins Museum of Art (Kansas City, MO). In 2014, he created 500 plates for Salad Days, the Watershed Center for Ceramic Arts fundraising celebration (Newcastle, ME). Jessica lives and works in Helena, Montana.

OtherPeoplesPixels: Most people drink from glasses and eat off plates every day and never really think about these objects’ connection to human history. What would you like readers to know about about the vessel as a form?

Jessica Brandl: This is so true. Common objects like a plate or cup typically do not illicit too much notice. However, it is exactly this safe familiarity that creates a recognizable bridge to human history and our desire for creature comforts. Whenever historic pottery is on view you can identify the relationship to use, comfort, and style, and this feels true of everything from Neolithic storage containers to today’s expertly crafted dishware. Our relationship to food and its conveying receptacles (vessels) presents an opportunity to subvert what is expected or maybe what is not expected of this type of serviceable object. 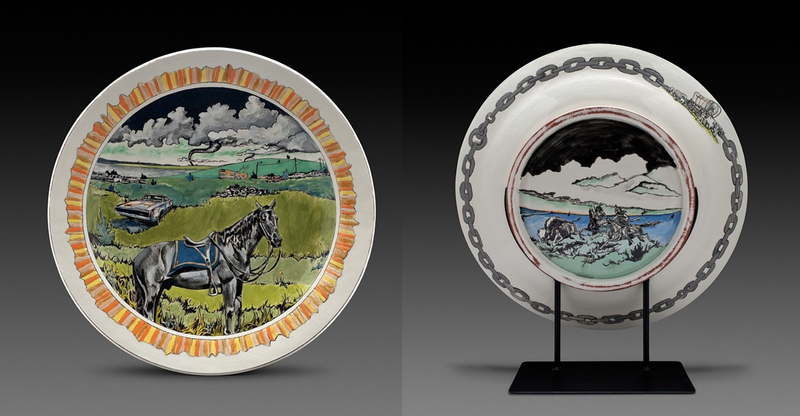 OPP: Another recurring ceramic genre is the commemorative plate, which is conventionally intended to be displayed on the wall. What are you commemorating in works like Dead Ponies (2011)?

JB: I am 100% on board with the commemorative plate as a typical designation of a memorable event. I wanted to use the historic solidness ceramic provides to describe the history of these American places where I grew up. . . as they physically appear and how they emotionally relate to me.

Dead Ponies is a visual pun on what Native Plaines Indians call their old cars parked out in the fields on the reservation. The central drawing of a horse with a 7th Calvary saddle is a portrait of a war horse named Comanche that survived the deadly Plaines Indian Battle that notably saw General George Armstrong Custer killed some 160 years ago. This battle gave the federal government justification for total confinement of Native Americans, while it proclaimed autonomy and strength to the Native American Nations in their victory. The background drawing of Dead Ponies depicts Crow Nation lands in Montana, USA 2010, desolate and forlorn by all appearances.

By visualizing historic ugliness, I feel greater satisfaction in describing the unmentionable, ugly or sad parts of life that no one wants to talk about. I see the commemorative aversion to those historic truths as unequal and more importantly inaccurate. We shouldn’t minimize or omit people who are such a significant part of American History. 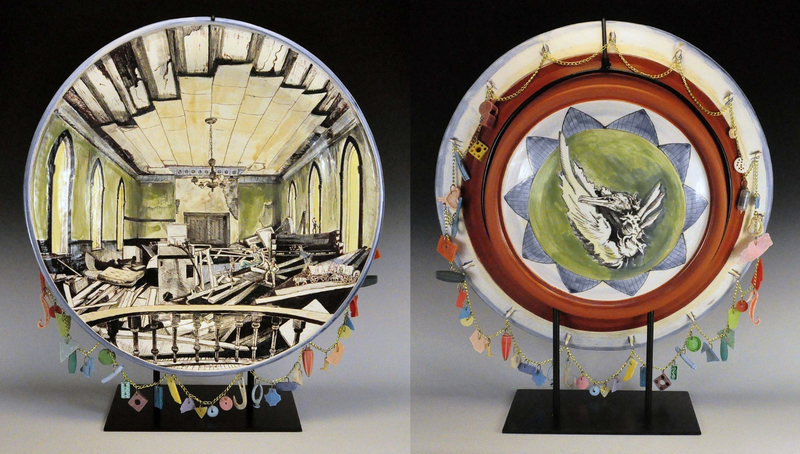 OPP: What about Rime of the ancient mariner, Plight of Albatross (date?), which references a fictional poem?

JB: Rime of the ancient mariner, Plight of the Albatross operates from the same contemporary perspective. In referencing Samuel Taylor Coleridge’s poem, I was paraphrasing 200 years of American history deduced from my experience growing up in dead Midwestern towns where there is little or no sign of what the place was before it was filled with the clutter of blind progress. I singled out the British Romanic poet for his strong symbolic narrative but also because his name was given to the town my foreign-born great grandparents worked to establish some 150 years ago but that today is nearly extinct. What remains of the poem is the symbol of the Albatross—the burden and guilt in taking or destroying what is not needed—and what remains of my working-class family is the burden of garbage detached from people that gave it meaning. My inclusion of the ghastly Albatross garbage attached to the platter’s back is like a charm bracelet and echoes the handing of the dead Albatross on the neck of the poem’s protagonist. History embodies a great deal of emotional weight for me. By drawing these commemorative visual narratives, I am actively trying to connect myself to history, enabling both comparative thought and the recognition of change over time.

OPP: You explore “the path to American-ness” through a Midwestern lens. Do you mean an individual or a collective path?

JB: The question initially began as an individual focus. As a young artist, I found it more comfortable to talk about my first-hand experience. My perception of American-ness broadened as my education progressed, and I began to understand myself and the culture I represented in a more sophisticated way. In other words, my story was my own, but it also looked and sounded like many other people from this place, region, and country. I know American-ness from the perspective I inhabit, that of a white female raised by working class parents in the Midwest. My chaffing desire to know other perspectives of American-ness stems from my need to connect with my family and to build a sense of kinship to those who share my beliefs in order to survive in this country. The need for a self-reliant attitude was born out of the absence of my parents' guidance; both were killed in an accident, making me an orphan at age 18. As time passed, I questioned ideas I was raised to respect because they seemed to limit what I should say and do with my life. I developed my own ideas and my own sense of autonomy.

OPP: What does being American mean to you?

JB: Being American to me is about the ability to self-determine. Even if it is not culturally practiced, it is historically evident and I look to those forbearers as my parental guides. My growth from adolescence to adulthood has been punctuated by the recognition of obstacles as well as privileges I have been endowed with as an educated, white woman. My quest to continue making art and fighting for my voice and now my students' voices is my way of pushing against fear as expressed by opposition. 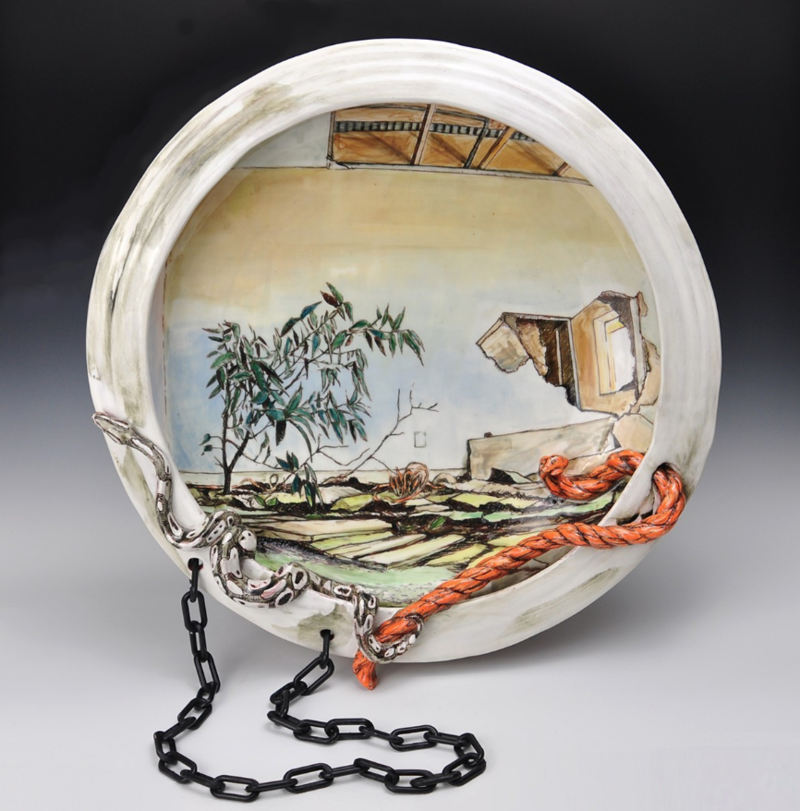 OPP: You expand the narrative possibilities of functional ceramics through sculptural adornments like the ropes, chains and snakes in Wishful Thinking: Narrative of a 21st Century Naturalist. Can you tell us about these often intertwined symbolic elements?

JB: I love art history and human history, and those early artists created symbolic representations that formed the bases of what was to become written language. As I mentioned previously, my sculptural vessels are intended to build connections between the past and the present. From a design standpoint a rope or snake that coils provides a linear trail that leads the eye, pulling the viewer to investigate the composition. The ubiquity of ropes, snakes and chains in all human cultures throughout history serves ample symbolic meaning via a literal linkage or a cultural metaphor that I appreciate. 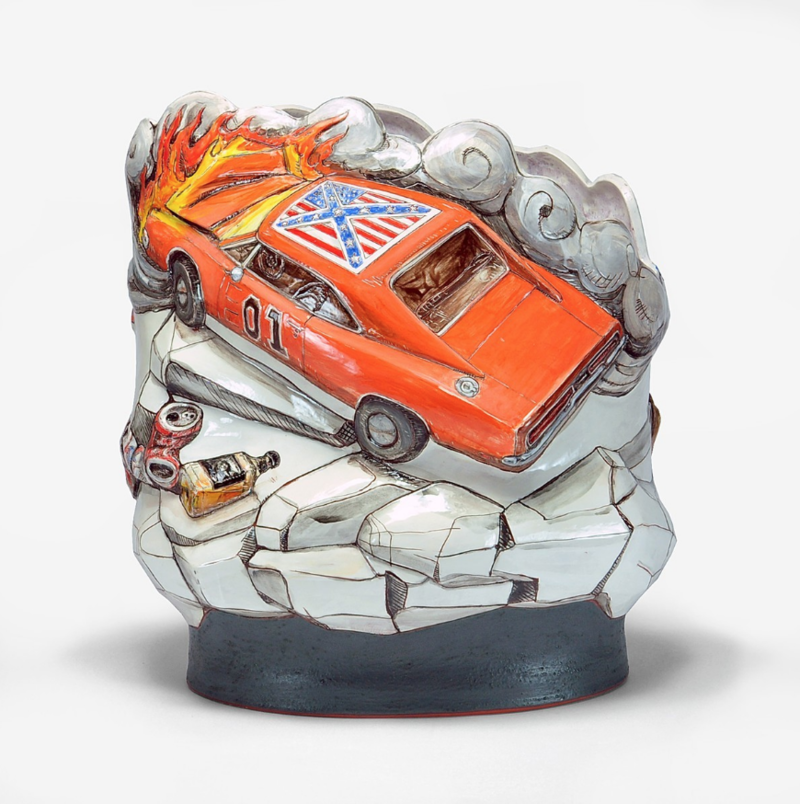 OPP: The functional ceramics from vessel (2018-2019) use memento mori imagery and jagged forms to address the human condition—that each of us will die and we know it. But can you talk about the specifics of the imagery you bring to the tradition of memento mori? I am thinking about the blue house, the crushed cans and burning General Lee from The Dukes of Hazzard.

JB: I use the art historic strategies of the memento mori but locate my work firmly in 20th century American culture. I have selected a lexicon of objects that speak to the used-up nature that death can often signal. In the piece titled Hazzard, I used the General Lee as a symbol of the hyper-masculine. I wanted to color it richly and then burn it all down. I was venting my own personal frustration and anger. At the time, I felt like I was hitting a professional glass ceiling. I noticed younger male colleagues' rise and heard other women experience male-biases when seeking technical advice, which all made me feel inadequate. On top of my personal frustration, I felt a national frustration when the American people supported the 2016 election of a sex-offender President, who minimized his indiscretions against women and his racist history as “locker room talk.” Everything relating to that time felt bigger than I could change, so I took my aggression out on the symbols of my oppression. By deconstructing American Pop culture symbols and the feeble homes that sheltered them, I abolished the nostalgic sentiment I felt and acknowledged them as true opponents perpetuating my own oppression as an intelligent, independent woman. 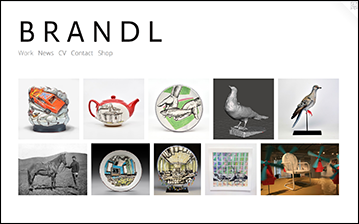