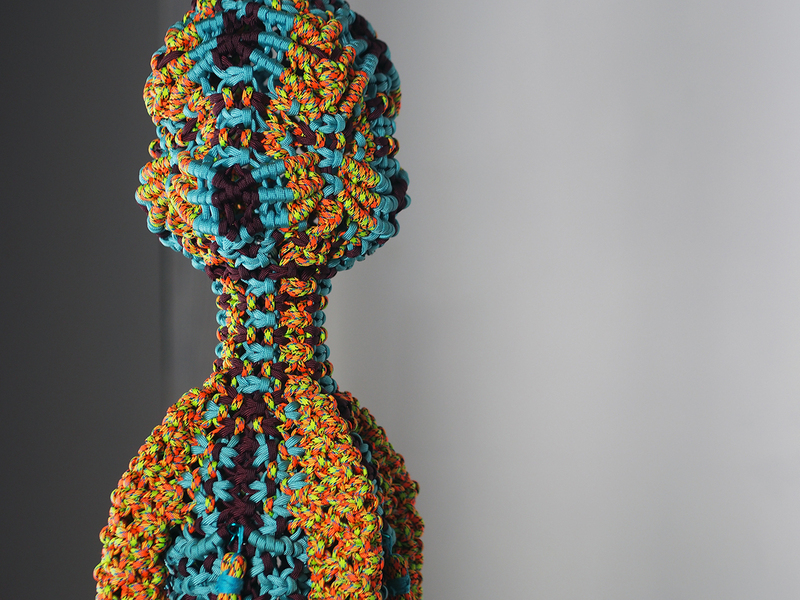 NOËL MORICAL's sculptural practice is driven by color, texture, material and repetition. Most recently, she has taken on macramé—a decorative knotting technique thought to have its origins with 13th century Arab weavers who knotted the fringes of their woven rugs to keep them from unraveling. Eidolons, a series of hanging sculptures made with paracord, both refer to and transcend the popular plant hanger craze of the 1970s. Noël earned her BFA from The School of the Art Institute of Chicago in 2011. She has been an artist-in-residence at Doukan 7002 in Chicago (2012) and the SÍM Residency Reykjavik in Iceland (2014). She will be exhibiting new work at Faber & Faber, as well as participating in a collaborative installation at Kitchen Space Gallery in December 2014. She will be exhibiting new work in a two-person show with Max Garett at Slow in March 2015 and a solo show at Kitchen Space Gallery in the summer of 2015. Noël lives and works in Chicago.

Noël Morical: Repetition is a process that allows me to slow life down. It’s a way to balance out, to process and to gain a better understanding of the symbiosis that is art and life. It has become a means of constructing a reality that is under my control and in complete order.

I’ve never participated in yoga before, but working with serial techniques has proven to be an ideal way for me to meditate, I’m terrible at standing still.  While knotting, for example, there are moments when I feel like I am on autopilot. The movement is fluid and intuitive, and I don’t have to think or be fully present for the work to progress. It may sound a little robotic, but I am truly content in those moments. I find I get a little on edge if I have not had enough time in the studio. 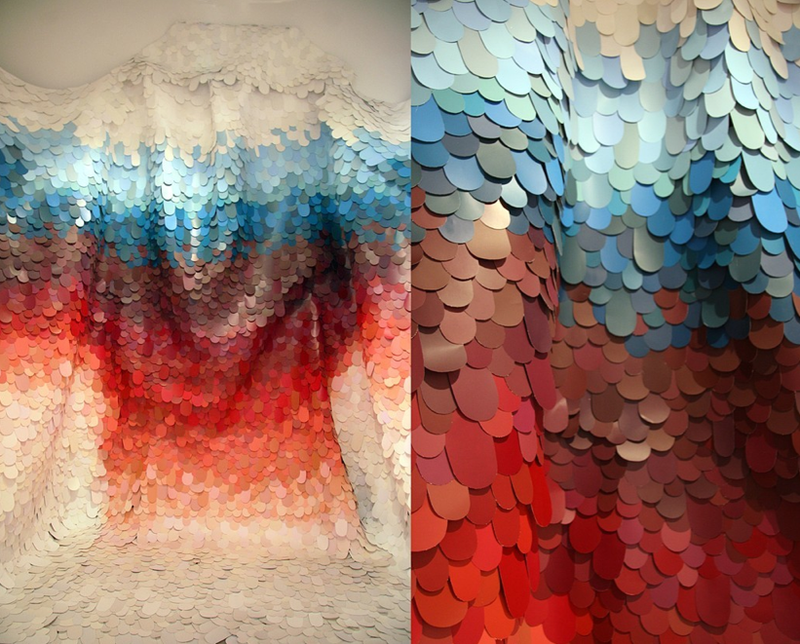 OPP: Tell us about your large-scale piece Time Doesn't Go Anywhere, It Only Adds Up (2011), which has the drape of textile, but is actually made of paint samples and vinyl. Its surface evokes both scales and chain mail.

NM: Collecting paint swatches is a sort of hardware store ritual I have participated in since I was young. This ritual was the impetus for my BFA thesis exhibition. Working on something that large, laborious and connected to my past provided me with a great deal of comfort, a method to deepen my understanding of process. It also moved me through a difficult time in my life. There was a serendipitous moment when I was able to see the connection this piece had with my life—a way for me to organize intangibilities such as color into a physical form.

Efficiency and endurance became two big points of consideration when planning out Time Doesn’t Go Anywhere. The “scale” shape is non-referential. It’s a form that utilizes a majority of the paint swatch without being a standard square. The shape only required a simple, fluid cut. With the help of many, I cut twice my weight in paint swatches to complete the piece. I walked around 60 miles adhering all the paint samples to the vinyl, and the whole piece was completed in less then four months. The production of this piece  was like tending to a very large, living thing. I was completely consumed by the work, and I would say my behavior was compulsive. I was living out of the studio, getting six or less hours of sleep a night, occasionally missing class to get it pulled together in time. It was very hard to step back and actually look at what I was doing. It wasn’t until the School of the Art Institute of Chicago BFA show opening that I was able to experience the fruits of my labor through other people’s experiences with it. The different interpretations of the work have added to my experience of the piece itself, giving me a new set of eyes with which to view what I created. I have heard everything from dragon scales to feather cloth to a fictional drippy cave. A few people approached me during the opening and thanked me for creating a sort of sanctuary/reprieve from the crowd. I enjoyed the fact that so many people could take what they wanted from the work. 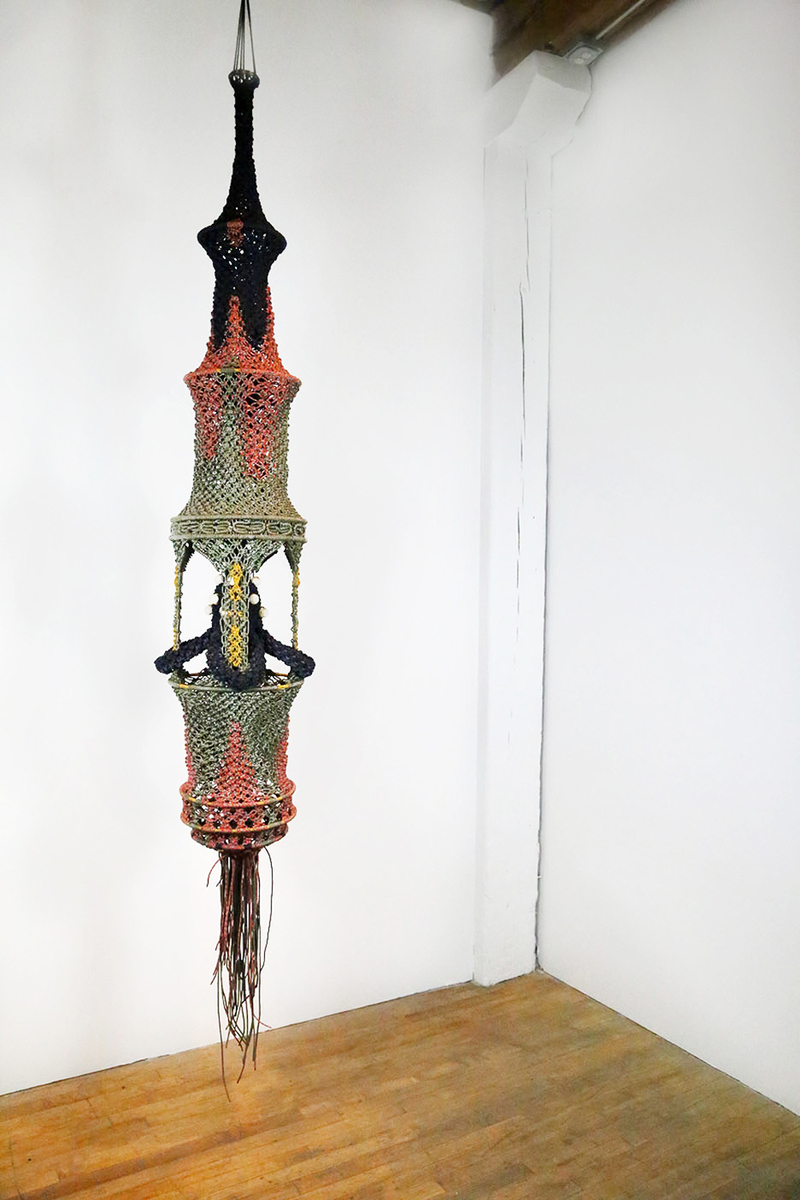 OPP: Could you talk about the Eidolons? What does the title mean? What led you to work with this material and technique?

NM: The light switch in my old studio was as far away from the exit as possible. Leaving or coming in at night involved stumbling over my studio mates’ partially completed artworks in near darkness. The Eidolons hung in my corner, barely visible like phantoms or apparitions backlit by a streetlight outside. Despite the fact that I made them, knew what they were and knew they were there-I was repeatedly surprised by their presence in the dark. I will also admit I like being creeped out and am curious about supernatural phenomena.

I materialize color much the same way I did in Time Doesn’t Go Anywhere, It Only Adds Up. That being said, paracord is another mediator for the inexplicable relationship our eyes have with color. I was completely drawn to it based on the spectrum of colors and patterns that are commercially available. By nature of the knotted structure, the Eidolons are definitely bodily. The fluidity between phantom, the fleeting nature of color and the body is rich and emerges naturally from the way knots fit together. 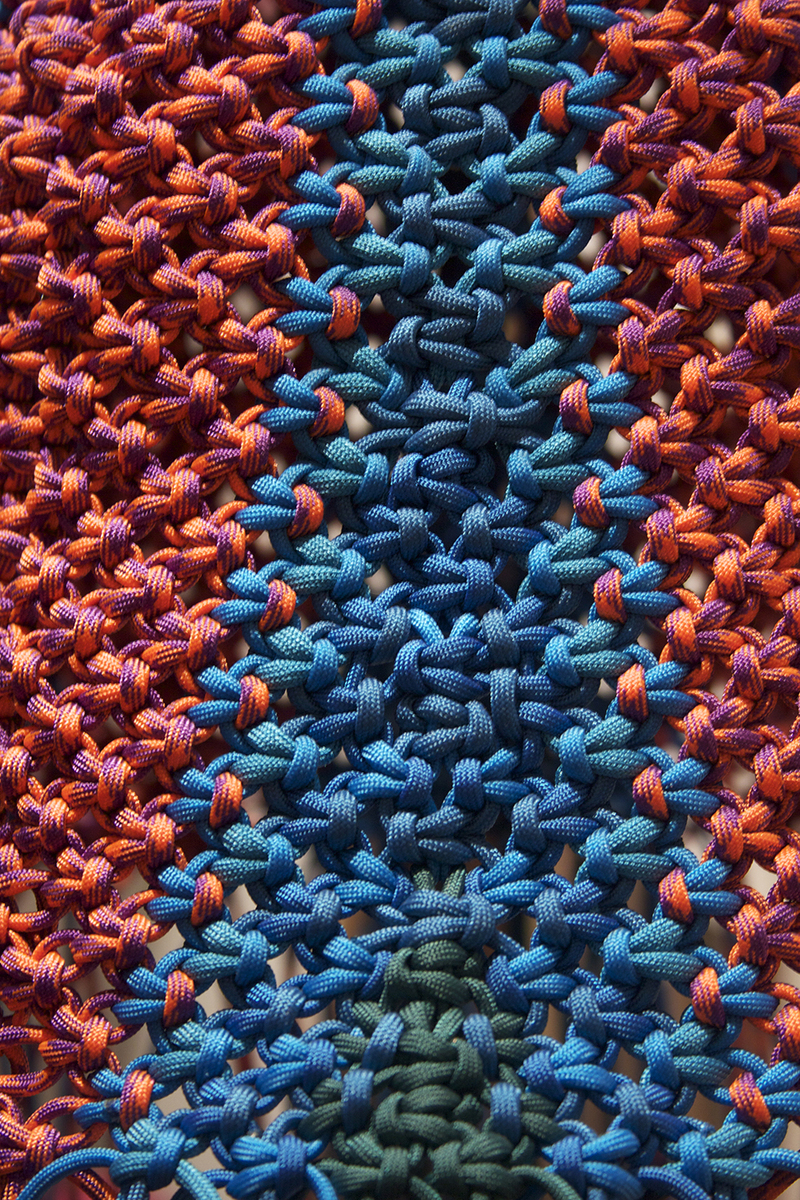 OPP: What do you think and feel about the cultural baggage that comes with the technique of macramé?

NM: I don’t think too much about it. I can only dictate how I would like the technique to exist currently. A close friend, who is a jazz pianist, explained his take on visual art to me once: “Much like music, it's a matter of rearranging elements to create something new." The continuum of the knotting system gives me the grounds and freedom to reconfigure the application of knotted units. I am able to challenge the traditional understanding of the knot through form and color.

Other artists—Ernesto Neto, Alexandros Psychoulis and Janet Echelman—are using macramé to create experiential environments and technology-driven public sculptures. Non-artists are using paracord and renamed macramé techniques to create survival gear and accessories. The technique is alive and being expanded upon, and that's what's important to me. 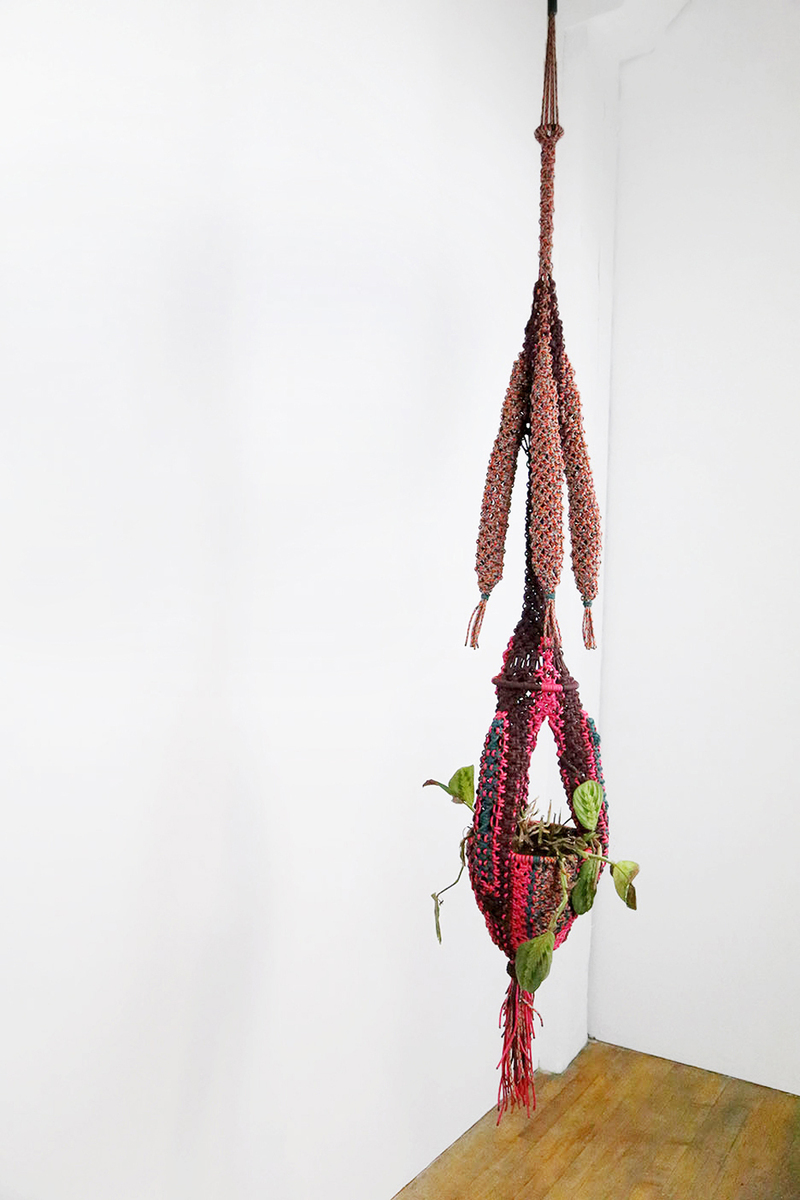 OPP: You went balls out with Eidolon III (2014) and fully embraced macramé’s plant hanger history. The other pieces in this series reference plant hangers, of course, but this one IS a plant hanger—one of the most intricate, beautiful plant hangers I've seen. What exactly is a "prayer plant" and how does it add to the meaning of this Eidolon?

NM: Prayer plants are very mobile plants—their foliage moves up and down depending on how thirsty they are. They also grow towards the sun. The name “prayer plant” does not mean anything particular to me, and the choice was largely aesthetic. I think it makes sense to indulge in a techniques history at least once. The piece began as a structural experiment—ok, maybe even a joke—but tending to and caring for the work as a living thing fit perfectly.

OPP: What is in the works right now in your studio?

NM: A lot. Right now, I am focused on preparing for several upcoming exhibitions in December 2014. I’m also working on a couple of pieces to swap with new friends before the new year and on some smaller ceramic work that will be available for purchase at a Tusk and UTOTEM in Chicago. In addition, because I am really trying to get better at planning, there are some in-progress hanging works for 2015 shows as well. It’s never too early to start, right? 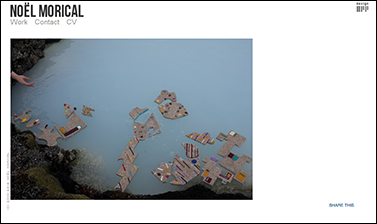