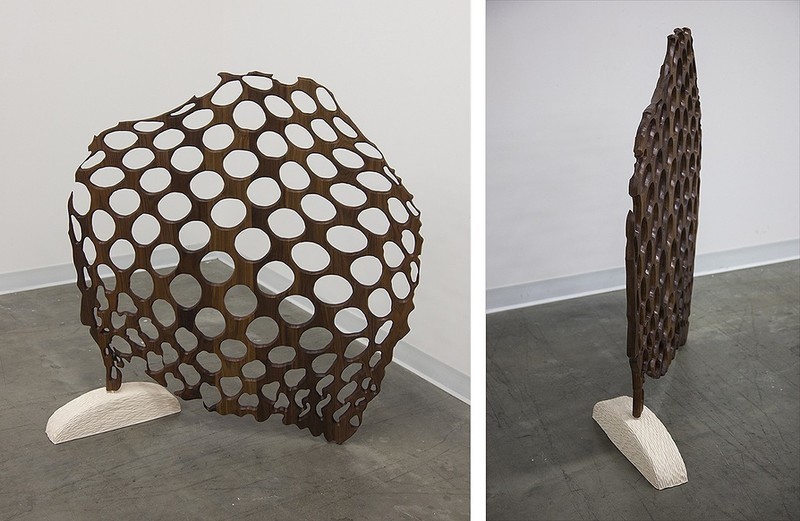 Sculptor JOSHUA WEST SMITH makes to understand what he doesn't know. His objects are part of an ongoing investigation into the ever-shifting nature of time. To this end, he makes fixed sculptures that seem barely balanced, implying a next moment that never comes, one in which they tip or move or crumble. Joshua completed his BFA at Oregon College of Art and Craft in Portland in 2008. He went on to earn his MFA at University of California Riverside in 2016. Joshua is currently preparing for two upcoming solo exhibitions in 2018, one at Northview Gallery (Portland, OR) and the other at Elephant (Los Angeles, CA). His work will also be part of From the Guts of Stars, a two-person exhibition with Jenene Nagy—another OPP Featured Artist! The show will open in February 2018 at Whitter College in California. He is one half of the curatorial team Tilt Export:. Joshua lives and works in the Inland Empire of Southern California.

OtherPeoplesPixels: When I look at your work—and I sadly feel like my experience viewing them online is incomplete—I think about the poetry of physics. Your sculptures remind me of the beauty and the challenges of the physical world. How much are you consciously thinking about the laws of physics while creating your work?

Joshua West Smith: I think a way for me to start talking about physics and poetry is to point to my interest in the separation of our bodies and our consciousness. The body—to me—is a tool developed in the physical world, and that body is constantly struggling or working within the constraints of a specific environment, which according to popular belief and observation is ruled by the laws of physics. This fundamental experience which our bodies share with so many other bodies allows for us to have an empathetic response to physical gestures and materials. I think in some ways those responses are intuitive responses which may slightly precede language/consciousness.

This moment before we cloak something we perceive in language is of the utmost importance to me. I would say that my practice is immersed in the poetically observed reality of physics. It is a flow—at times smooth and at others irregular—where my focus shifts within the spectrums of time and scale. 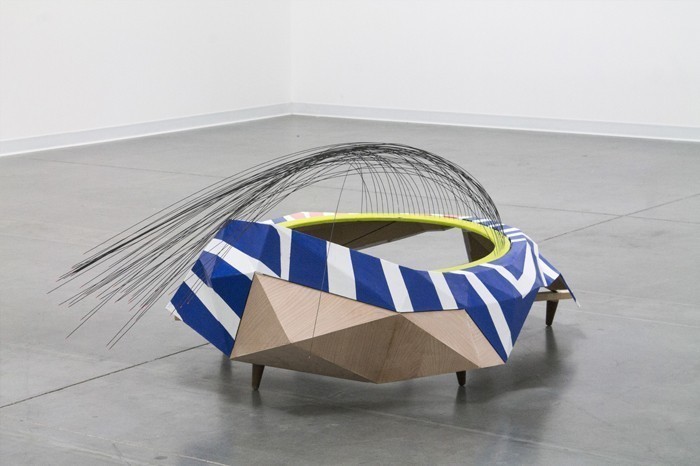 OPP: When you talk about shifting focus, are you speaking about the moment to moment experience of making a single piece or across your practice?

JWS: At this point I'm trying for all of those things. . . I want to shift my focus within every discrete sculpture or temporary body I create, and I want to be consistently doing the same across my practice and in my efforts outside the studio. I'm trying to figure out how to stay open. A big part of that is not becoming engrossed with one thing or way. An analogy I have been using to describe my work has been to compare the pieces to musical compositions with materials and forms as notes. I want to create compositions that are at times pleasing, always texturally rich, and flirt with moments of discordance. As an artist I want to play with our focus while being sensitive to the empty spaces within each piece and between moments of making. These spaces are not empty but full of the world. 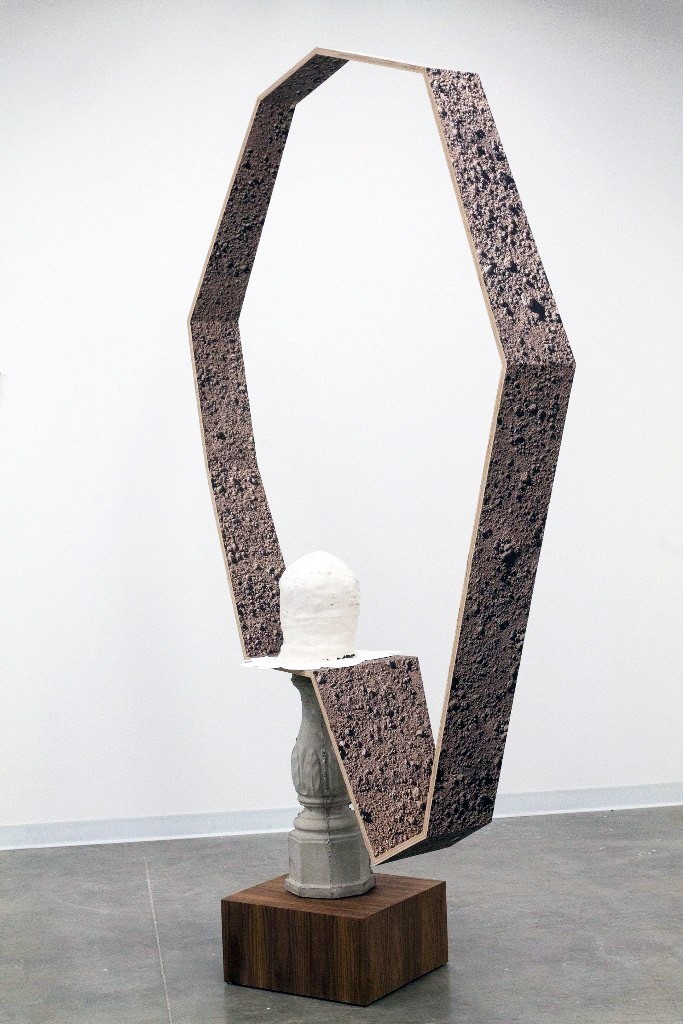 OPP: In your statement, you say “I strive to make shaky ambiguous things, whose imbalance and openness exemplify my belief in an unstable world.” But I would argue that your sculptures are very much balanced, just precariously so. They, however, don’t seem entirely stable. Are balance and stability the same thing?

JWS: Words like balance and stability exist as fixed signifiers but truly represent concepts that are mobile or transitory. They function to indicate a temporary state. A stable geological formation erodes and becomes balanced before it crumbles, becomes sand, and is washed to the sea. I think my use of the words shaky and imbalance is an attempt to physicalize—through language—material differences in the works which become symbols for different states of time and my own understanding of it. Material operates in my work as a metaphor for our malleable perception of time. We live out time as one moment after another, but I want to prompt the viewer to cognize the uncanny ability to imagine time outside of the present and to think of nanoseconds alongside things like geologic and cosmic time. Balance and stability are transitory and dependent on the viewer's focus and their variable investment in a thing which is observed. 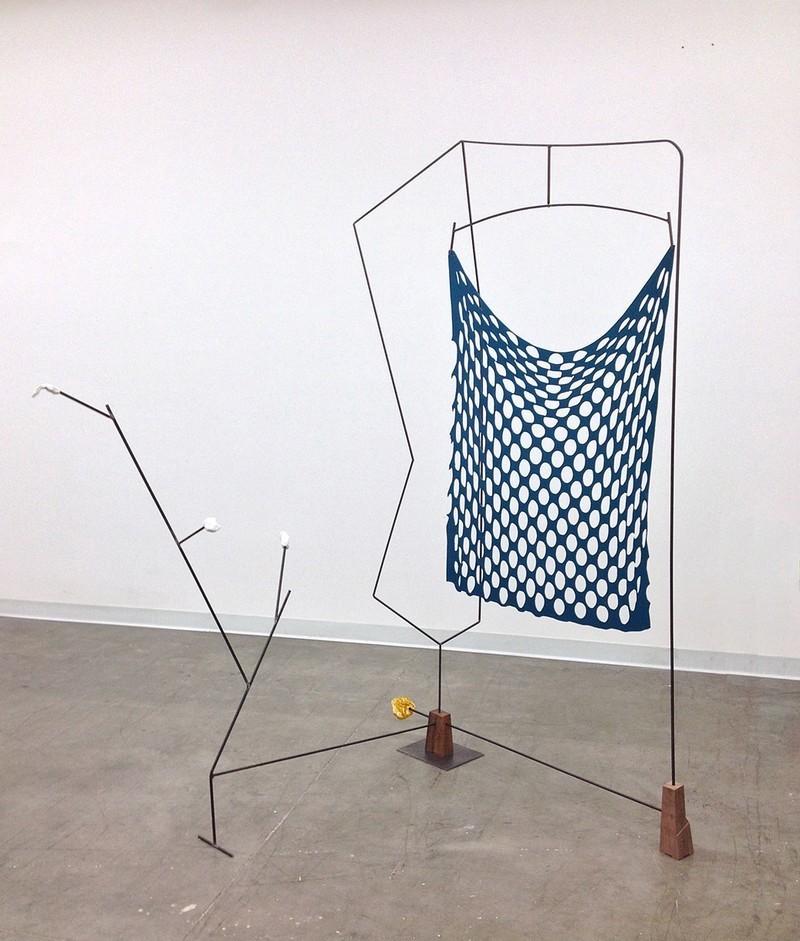 OPP: Tell us about the repeated circles in nomad (2015), dummy (2015), (walnut) screen (2016) and screen (2016). At first I thought this was based on construction fencing (usually orange), but then I realized that these are perfect circles. Is this motif based on something found? Why do you return to it repeatedly?

JWS: I started this inquiry after a conversation with artist Hannah Karsen. We were discussing pattern, its history in textiles and its evolution in current fashion trends. I was struggling with color and mark making on a new body of work, Hannah suggested I look to other patterns for inspiration to avoid some of the pitfalls of the subjective mark and color choices that I was trying to avoid. I was trying to make things that were fixed but becoming. In essence what I was looking for was pattern that would in someways disguise the form and in other ways highlight it. nomad (2015) was an early piece that really relied on the viewer moving around it to resolve or dissolve the image and object. As I progressed, I realized I was more interested in pattern as a consistent system that could create a memory of something it had interacted with and communicate that thing’s essence with a minimum of information. dummy (2015) became a piece but also a model for photographs which became (walnut) screen (2016). For me, this use of pattern becomes an analog for language. 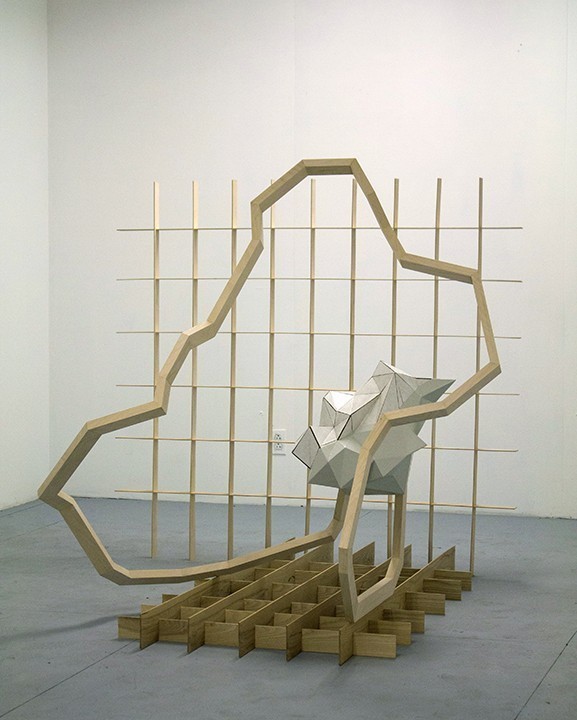 OPP: You work with a wide range of materials: wood, steel, concrete, resin, hydrocal, clay, cardboard. Do you have a favorite material?

JWS: I really do love working with wood. It is beautiful and surprising and a little unforgiving if you have the wrong goals. At this point in my history of making, I enjoy working intuitively and avoid measuring as much as I can. I think it brings out some of my favorite aspects of living—being sensitive and perceptive while ready to improvise, being excited to be surprised and challenged. 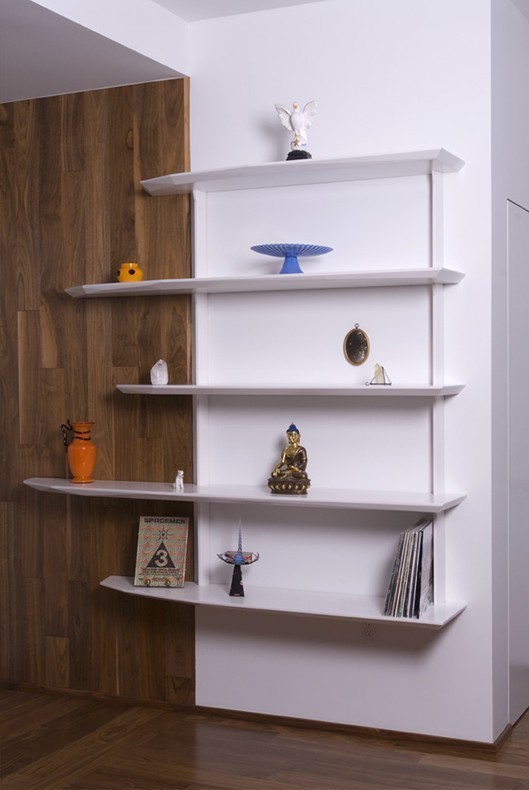 OPP: Aside from your sculpture, you also design and build custom shelving, benches, tables, etc. Is the creation of functional furnishings just a way to support your sculpture practice? Or can you accomplish something in this work that the sculpture cannot do?

JWS: In the past I did support myself and my sculpture habit by making furniture, but that was hard living. Now I only do about three or four commission pieces a year and view it as a way to remember what it is to be humble. Every time I make a piece of furniture it feels like I’m doing it for the first time. It’s different clients different locations, different objects and different materials. It’s always fresh and stressful but invigorating and inspirational. Furniture making is a hard reality of form and function with the added stress of my desire to create long lasting, good objects that are truly in service to their users.

I guess what keeps me engaged with furniture is my love of material and my desire to have another way to share that with people. If I make a sculpture I am usually one of the few people to touch it, but when I put a furniture piece into someones home it lives a life with them that is intimate in a way that an art object rarely is. Furniture is touched and known. I like having a dual practice which comes from the same hands and experiences but works in different ways. 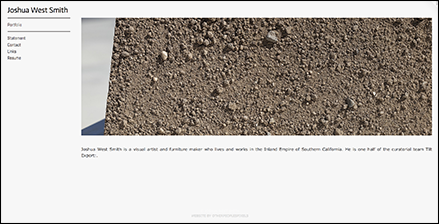