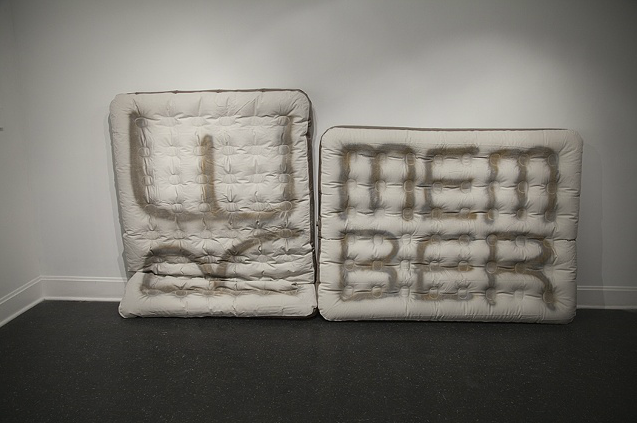 DAN SOLBERG's interdisciplinary practice "often documents or extracts portions of a natural occurrence, and through careful selection and alteration, leaves the viewer unsure of where the pure artifact ends and where [he has] intervened" (Dan Solberg, Artist Statement 2012). Most recently, his work has been exhibited at ROYGBIV in Columbus, OH. Dan has recently relocated from Washington, DC to Brooklyn, NY and is in the process of setting up a new studio.

OtherPeoplesPixels: In most of your work, you use found objects, images and footage. Tell us about your collecting process.

Dan Solberg: About half the time, the objects I use are ones that find me. In those cases, the object is something that I stumble across or come in contact with as part of an ordinary day. Those kinds of objects usually spark new ideas instead of completing existing ones. The other half of the objects I use are those "completion" ones, where I'm working on an idea already and know the sort of piece I'm looking for, but it needs something that's not quite there yet. To be honest, my process is not glamorous or thrilling. I usually search for things online or hunt around at standard retail outlets. I generally prefer to use consumer-grade materials.

OPP: Videos like 9th Floor Sonata (2010), Contra Reset (2009), Glowers (2008), and Side Scroller (2008) all involve still shots with a very slight amount of motion and change over a long period of time. I see this same quality in installation pieces like Out the Window, Above the Trees (2006). For me, they are about patience, the need for stillness, the difficulty of endurance, and how anything can be an opportunity for meditation. Does that resonate with your interests?

DS: Yes, definitely. A word I often come back to is "mesmerization." I make pieces that acknowledge the act of looking or watching needed to take them in. We're still at a point where using a sense other than sight to take in an artwork is pretty novel. Sure, there's sound that accompanies video, but I think film has pushed that forward more than art itself. As such, I make pieces that reward the act of looking (and sometimes listening) as opposed to using that action solely to push the viewer to think about a particular idea. I provide a space for that deeper consideration by the viewer, but I think it's necessary to lay ideas out on a reflective surface.

OPP: Sandstorm (2009) is a sculptural sound installation that, of course, requires listening, but it's intensely aggressive because the volume is at maximum. That's part of the piece. So, I'm not sure if listening is "rewarded." Will you talk about this piece and how viewers respond to it?

DS: If Sandstorm were a purely audio piece, I'd agree that it would come off as aggressive, but since the audio is coming out a tiny speaker, played from an even smaller mp3 player, and part of this whole sculptural space, it has other context to balance out the aggressiveness of the volume and repetition. That said, Sandstorm does reward an astute listener with its unique audio distortions (a result only achieved at maximum volume), and subtle differences, depending on where the viewer stands in proximity to its front. Many viewers name the song right away when they hear it, while others recognize it but don't know from where; this was the level of mainstreamness I was hoping for. The suspended mp3 player also gets a lot of attention since it's being held up by taut tension and I think people anthropomorphize it since it sort of looks like the cords coming out of each side could be outstretched arms.

OPP: Ah! This is definitely an example of a piece that is a lot harder to understand online. I haven't seen it in person, so I made assumptions as to what the experience of encountering it would be like. Even with your video documentation, I imagined the sound to be louder and more aggressive than it probably is in a gallery space.

DS: Yeah, I've never been totally satisfied with the documentation of that piece. Maybe a walk-around video would serve it better. 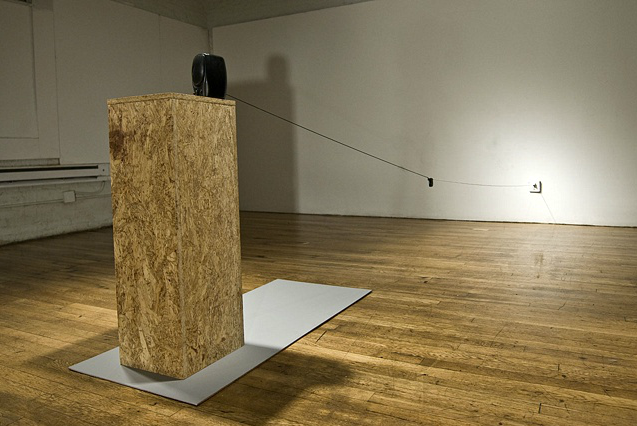 DS: Even more so than representations, all of the pieces you mentioned are physical evidence of actual glitches and distortions that occurred without prompt. I know there is a way to alter the compression of a video file to make it look like my Sports Illustrated video, and other artists like Takeshi Murata have done fantastic work using those tools, but I was more interested in the way the systems broke themselves down. They are artworks almost entirely born out of the machine, making them the most found-object-like of all my artworks. I think this is a palette rich with metaphor, especially considering the lack of artist's hand at play.

OPP: Will you draw the metaphor or metaphors out for the readers?

DS: I'd prefer to leave concrete metaphors for viewers to determine for themselves; that's why I picked loaded topics for the subject matter of the videos. At least as far as the pieces featuring glitch aesthetics go, I'm most interested in viewers interpreting metaphor and then assigning that viewpoint to who or what made the artistic decisions that lead to that interpretation. The majority of the "artistic" process in those pieces was conducted by a machine with minimal to no human instruction. Perhaps that's a metaphor for the futility of art interpretation though. 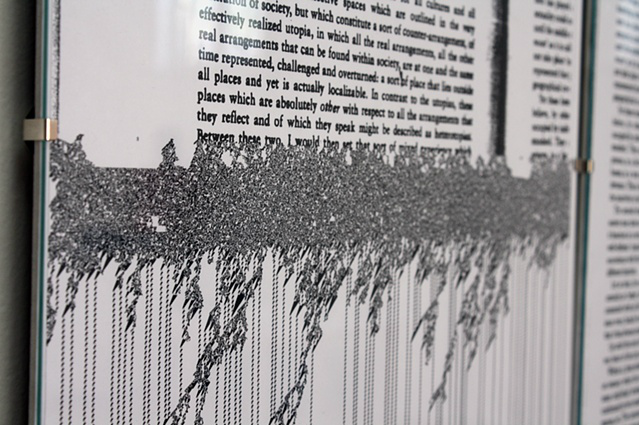 OPP: In 2010, you opened an art space called Craig Elmer Modern in St. Louis, MI, and had a 2-person exhibition there with Jake Cruzan. Does the gallery still exist?

DS:  Sadly, the gallery only ended up existing for our show. We did originally have plans to host more exhibitions in the space, but I ended up moving out of town, and we were just borrowing it for free until someone came around who actually wanted to pay money to rent the space.

OPP: What did you learn about being an artist by running the space?

DS: Running the gallery was a lot of additional work, but it was great to have total control over the space and how we wanted the show to look. Before the opportunity for the gallery space came up, we were considering building walls in a storage unit we rented so we could at least get some nice install shots, but the gallery forced us out into the public a bit more, and made me step a little outside of my comfort zone.

OPP: Any plans to try your hand at being a gallerist again in the future?

DS: It's not something I'm seeking out. I'd love to do more curation, but I don't think gallery ownership is in the cards. 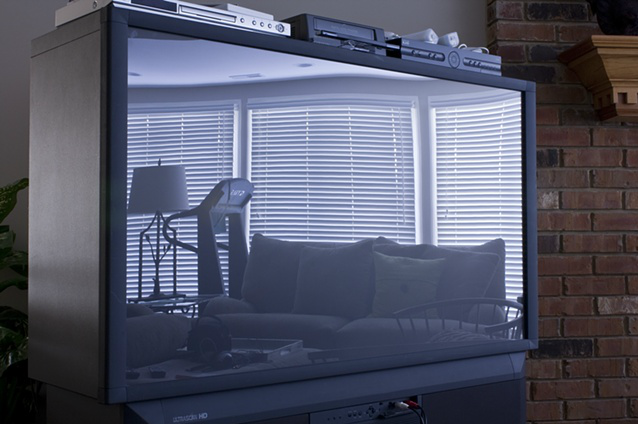 OPP: In 2012, you've been doing more installation with found objects, like Remember, Clubs and Megaplates. What has led to this shift?

DS: I'd say I've been working with more "fabricated" objects than "found" ones. In contrast to my digital work, I've been intentionally buying things and manipulating them by hand. The simple answer is that I like to cycle through a variety of processes to keep any one from feeling too rote or typecasting me in a particular medium. The materials selected for an artwork are extremely important, but I don't have loyalties or allegiances to one medium over another.

OPP: Are you working on anything brand new in your studio right now?

DS: I'm working on iterating Remember and modifying Clubs, but I'd also like to put myself in another video (probably shoot it with my non-HD Handycam), and do another piece with music. I've got some awesome-looking old, blocky computer speakers that I'd like to use, but to what end, I've yet to figure out. 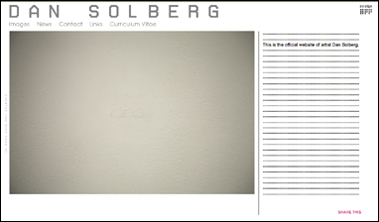