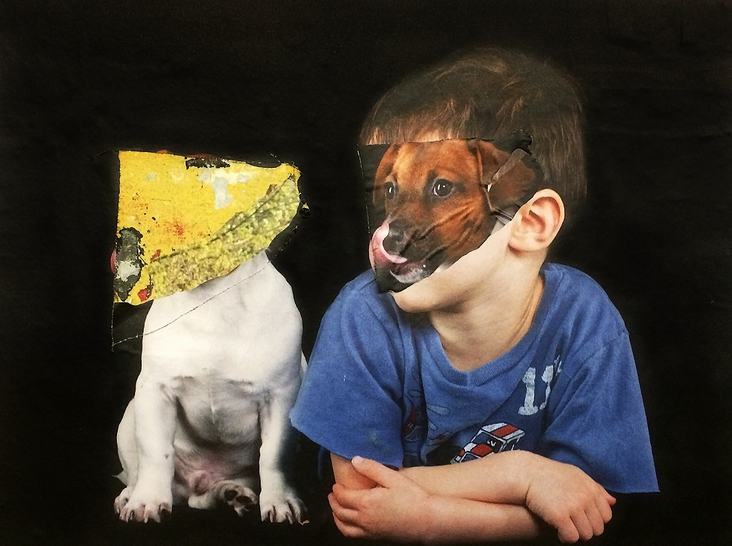 Interdisciplinary artist ART VIDRINE is concerned with how we perceive the surrounding world and how our literal and metaphoric lenses affect the meanings we make. In photography, collage, sculpture and video, he modifies and destabilizes our existing cultural frameworks, calling into question individual agency through abstraction. Art earned his BA in Comparative Literature from the University of North Carolina (Chapel Hill) in 2002, and went on to earn his MFA in Fine Art from the School of Visual Arts (New York) in 2014. He was curated into Miami Projects in 2014. In 2015, his work has been included in Battle of the Masters at Open Gallery Space in New York and Plus One at Sideshow Gallery in Brooklyn, and in January 2016, will be included in Abstract Preferences at NIAD Art Center in Richmond, California. He is a participating panelist on an upcoming episode for TransBorder Art titled Discomfort, which will appear on public television (tentatively in December). Art is a contributing writer for ArtSlant and lives in Brooklyn.

OtherPeoplesPixels: How did your undergraduate degree in Comparative Literature set the stage for your photography, sculpture and video work?

Art Vidrine: Before the degree, there was a love of literature, which was rooted in early childhood, much earlier than any affinity for visual art. From adolescence, I was attracted to what creative intelligence has to offer in making sense of the world: empathy, reflection and imagination. I mention this because no matter how driven by abstract ideas my art may be at times or how rationally I discuss it afterwards, my work still draws heavily from those human qualities I find in literature. Comparative Literature allowed me to explore multiple languages (and consequently multiple perspectives) and lots of theory. Undoubtedly, my obsession with certain themes was formalized in college, especially with that hobbyhorse of reader-response theories: audience agency. 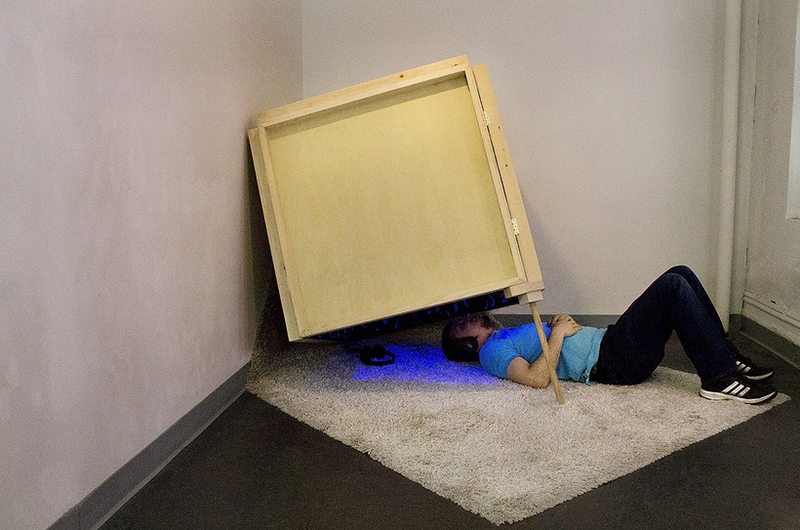 OPP: Do you think there is a difference between textual thinking and visual thinking, from a process point of view?

AV: Yes and no. At their best, both textual and visual thinking defy conventional thought and form. The origin of that creative impetus is the same (an attitude), and the process is similar (channel that attitude into a communicable form). That being said, there is definitely a difference between the two, which manifests itself most acutely when talking about work with other artists. Some can ascend the heavens with a brushstroke or click of the shutter, and yet their tongues can barely get them off the ground. Textual and visual thinking are somewhat different skill sets with different vocabularies and differing dependencies on concepts. Both can be strengthened, but only up to a certain point. After that, talent and desire take over.

Parenthetically, I do think some artists read and relate to work differently than others. Some of my friends are painters for whom the brushiest brushstroke or the richest hue is like a conversation with God. They are transported in ways that I will never be in relationship to painting. They look for different things in those works than I do. Conversely, the cleverest conceptual project can send chills down my spine and leave them feeling cheated of a meaningful experience. If the difference is just a matter of picking up on nuances in the work (i.e. references, interesting decisions made when making the work, etc), then that is something that can be rectified over time with more exposure to art. 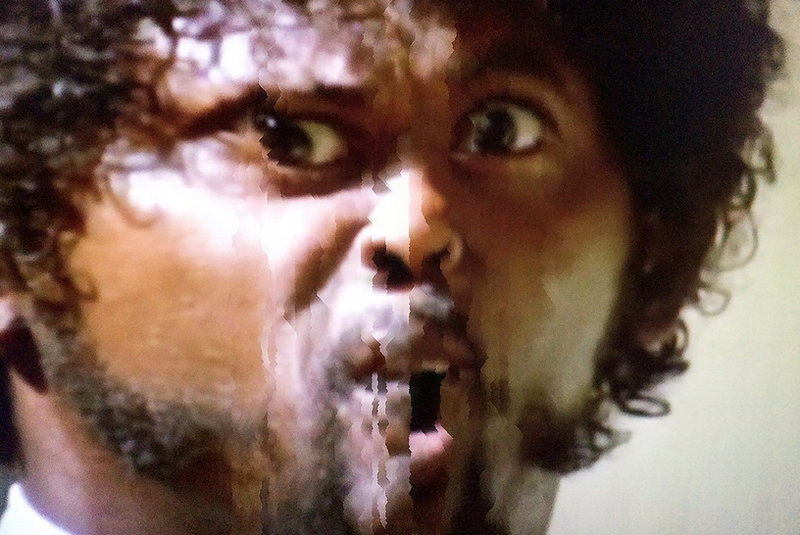 OPP: Could you talk about the categories— Agency, Perception, Abstraction and Surroundings—you use to organize the work on your website?

AV: These days, the art world prefers artists to have a “thing” – an identifiable, readily digestible and marketable focus, a singular purpose that can fit nicely into an elevator pitch embodied in press releases and talking points with board members and collectors. There is certainly value in sustaining a tunnel vision commitment to one thing in depth, whether it be a process or topic. But my interests do not coalesce so easily. In fact, the topics themselves that interest me do not play well with reductive boundaries, opting instead for cross-pollination. Abstraction, perception, and agency are interdependent. I elaborated on this in my graduate thesis, which anyone can read from my CV & Writings section if they need something to help them fall asleep at night.

Honestly, the categories on my website are really meant to make the constant themes that I return to more apparent for those who do not know me or my work. I see the thread, the relationships amongst the different media, forms, and subjects. That thread consists of three intertwined topics: Abstraction, Perception, and Agency. Work in one category could also exist comfortably in another. The choice of which work belonged where had a lot to do with what I saw as the predominate concern of each work.  Surroundings exists as a category for sharing my love for landscape and cityscape photography, which often have a hard time fitting into one of the other three categories. One’s environment unequivocally shapes how he or she experiences the three topics mentioned above. Sometimes, it’s hard to classify how.

OPP: What role do lenses, filters and screens play in your practice, literally and/or figuratively?

AV: The lens (mental and physical) with which we view the world is directly related to the three main themes my work addresses. I do not set out to emphasize lenses, filters, and screens as a material. That happens naturally as a result of my chosen themes.  They are merely the metaphorical conduit for a reflection on perception, and consequently perception’s influence on agency. 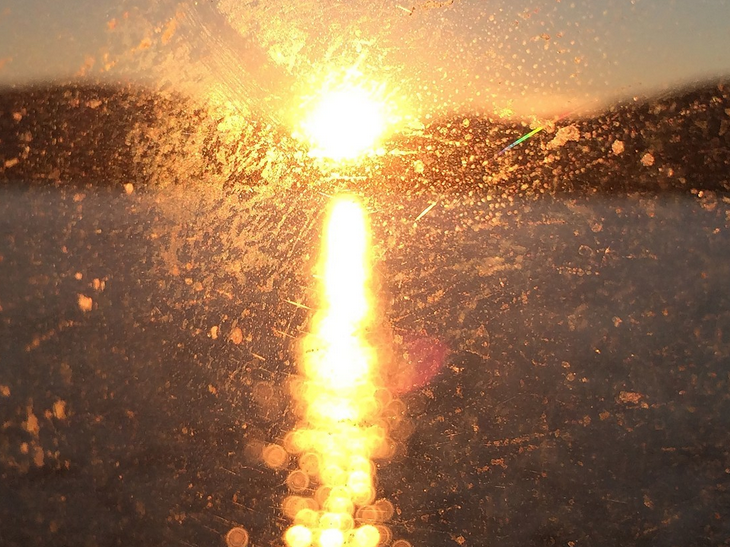 OPP: What was your process for creating Performative Utterances: A Symphony (2015), in which you translate political rhetoric into music? Why did you choose the particular speech that you chose?

AV: I transformed Netanyahu’s voice into MIDI notes, multiplied those notes into different layers, and then assigned each layer a software instrument. I tweaked some notes—shifting octaves, changing a couple to a different note and extending the duration for some—but mostly kept them untouched. I adjusted the parameters for the instruments to achieve the sounds I wanted and gradually added in or removed instruments as the performance progresses. Who knew Netanyahu was so musically talented?

I chose this speech because of the theatrical nature of the spectacle. This is not to say that Netanyahu’s speech was not good or relevant. He has some legitimate concerns.  It’s just that the whole event felt like a night at the symphony or a rock concert, with adulating fans roaring, sea swells of standing ovations, a maestro’s swagger. There is even the analogous handshake with the first chair, the singer’s wipe of the mouth between songs. It made me wonder how much of the speech’s political content could be conveyed even without words, which then made me think about the long history of the relationship between music (the most abstract art form) and politics. This was as much about abstracting political content from speech to sound as it was about discovering a new way to build a symphony. I’m sure classically trained musicians will disagree with the distinction of this work as “a symphony,” “classical,” or even “music.” But I think it functions quite well as a kind of avant-garde symphony. Netanyahu was trumpeting an aggressive, antagonistic position, so I gave him (literally) the brass his speech (figuratively) conveyed.

OPP: In your artist statement you say, "The cultural framework we inherit prescribes meaning and intelligibility to things." Then you ask, "But how does our relationship to the world alter as our conceptual frameworks are challenged? As our lives are increasingly mediated through technology, simulacra, and mass media, how does our physical, experiential grounding within the world evolve?" These seem to be the long-term questions of your practice. I'm wondering if you have any answers, or at least theories, yet? 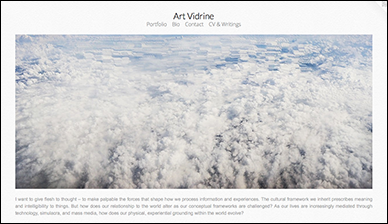