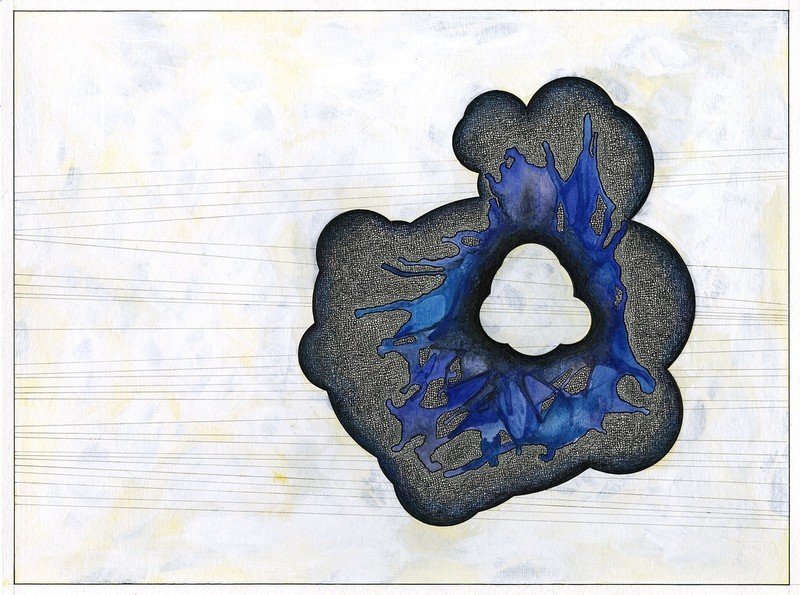 ZACH WHITEHURST's process-driven practice results in meticulous, textured and patterned drawings. In a often-monochrome palette, he both fills the void of the page and uses negative space in decisive ways. The resulting images evoke aerial views of landforms, bodies of water and cities, as well as collections of rocks or unnameable found artifacts. Zach completed his BFA, Magna Cum Laude (2003), and his Post Baccalaureate Study (2006) at Bowling Green State University in Ohio. He went on to earn his MFA in 2008 from Tyler School of Art, Temple University in Elkins Park, Pennsylvania. In early 2016, Zach's solo show Dissecting Pattern opened at the Pratt Manhattan Gallery and he recently gave an artist talk at the Brooklyn Art Library. Zach lives and works in Brooklyn, New York.

OtherPeoplesPixels: Repetitive mark-making is the foundation of your practice. What does repetition mean to you outside of your studio? Where do you encounter it? How do you experience it?

Zach Whitehurst: In the studio my obsession with repetition is more complicated, but outside of the studio, repetition for me is mostly about patterns. There has always been something appealing and comforting to me about pattern. I see it everywhere. In architecture, nature, books, music, numbers, everywhere; the way bodega owners stack fruit outside their stores, subway tiles, the bark on a tree, bar codes, textiles. . . the list is endless. And pattern, for me, is not limited to a same shape or theme being repeated over and over. Sometimes my favorite patterns are the ones which form from a lack repetition. 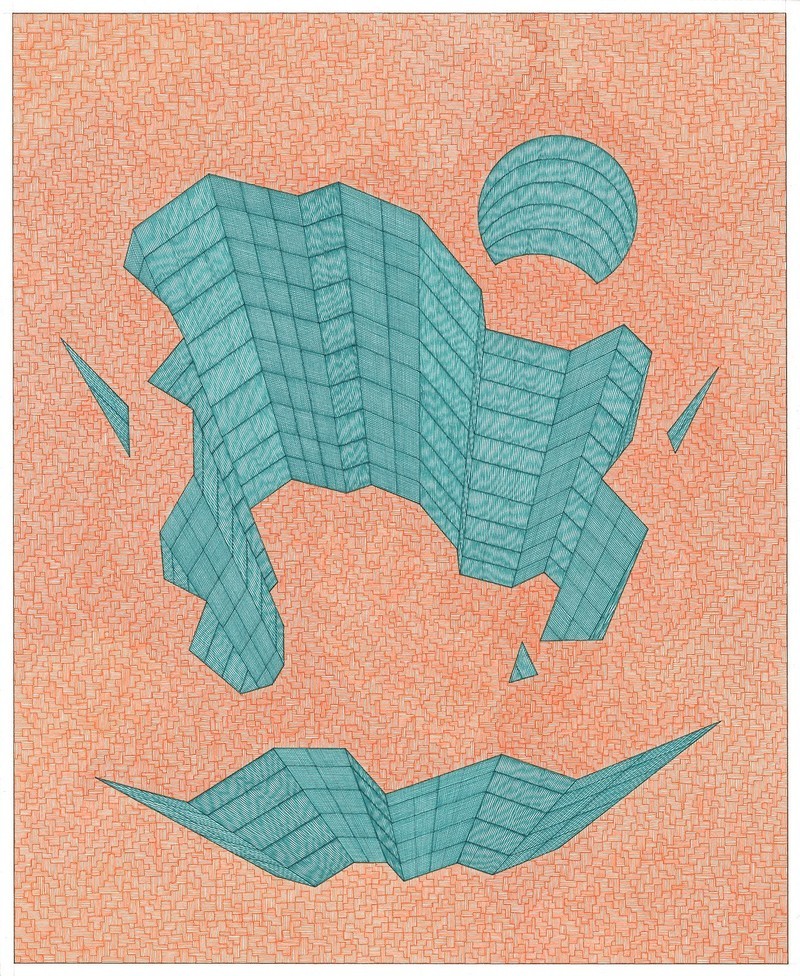 OPP: Tell us about the recent introduction of color into what has previously been a distinctly black and white oeuvre.

ZW: For a long time I didn't want to introduce color into my work because I didn't want to take away from the process and pattern. The patterns I was using were, at times, so complex that they needed a minimal plane (white paper) on which to be presented and a minimal tool (black ink) with which to be made. Those drawings were all about process and pattern and often the larger organic shapes—as in the Repetitive Series—which formed as a result. When I was making those pieces, I was very drawn to the simple act of mark making. I would take a pen and paper and let the drawing come out of the process.

More recently, my work has evolved and has become, at times, more experimental. The process I use to make most of my work is, while minimalistic, also very time consuming. The larger pieces can often take so much time in the studio that I don't have any time to work on new ideas. As a way to experiment with new ideas, media and with color, for a year, I did a small 5”x7" drawing everyday. These were involved enough for me to flush out new processes and ideas but small enough to almost be “sketches.” This allowed me to maintain my studio practice and experiment at the same time. A lot of the new work that I have been making has come out of that experimentation. I have started to introduce color, but cautiously and purposefully. The process is still as important to me as the final piece and I am hesitant to have any of my drawings become too heavily imbued by color. 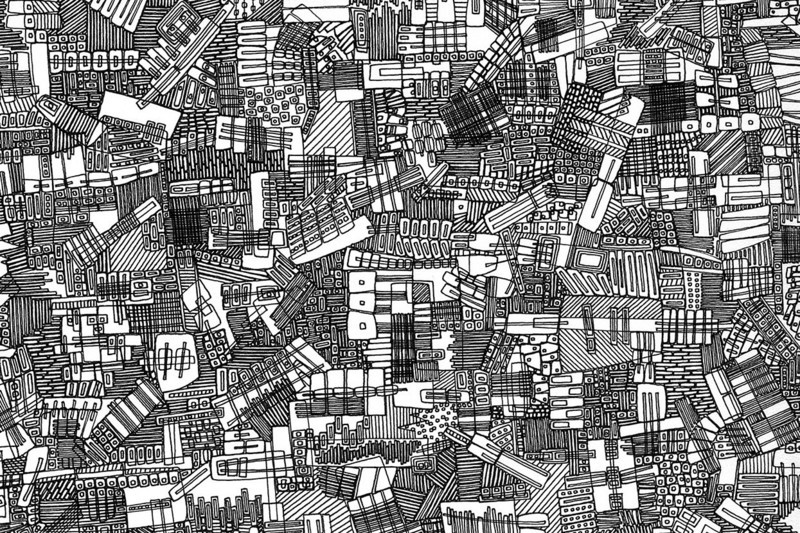 OPP: What’s your favorite mark-making tool and why?

ZW: I have tried, used and  continue to use many different tools in the studio. But the one that I can't live without, the one that I use everyday, is the Sakura Pigma Micron pen. Size 01 (.25mm) is probably the size that I use most often. For me, it's about the consistency of the line, the durability of the tip, and the quality of the ink. I've been using them for years and they have always performed well. Often I am working with a repetitive pattern that is very detailed and which involves tiny shapes. The Micron gives me the ability to work consistently on a small scale without the lines bleeding into one another. 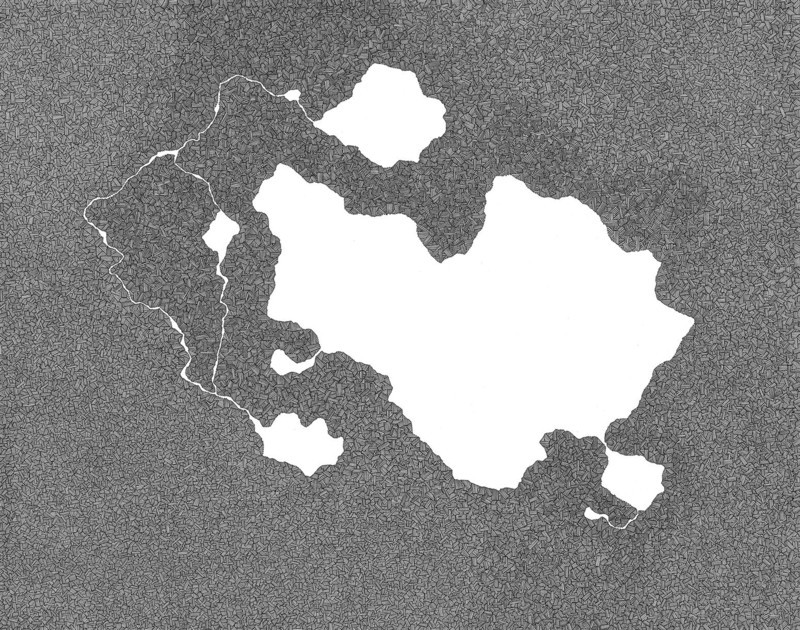 OPP: I interpret your drawings as partly about a compulsion to fill space. . . what do you think? And can you talk about the moments you choose not to fill the space of the page, as in the Repetitive Series?

ZW: I don't know that I would say that they are "about" a compulsion to fill space, but I would agree that I often do have a compulsion to fill the space (depending on the series or piece) - and I think that this can come through in the work. In the Repetitive Series, I was working on a creating an organic process for myself to not fill the entire space and the series grew from there. What is exciting for me about that series is the negative space, especially when it is very tight. I like the energy and excitement that comes out of keeping the shapes just far enough apart to leave some space between them. At times in the series, I took that process to its extreme by leaving barely any negative space on the page at all. I have some forthcoming work which highlights the discomfort of leaving a piece "unfinished" or a space not "completely" filled. 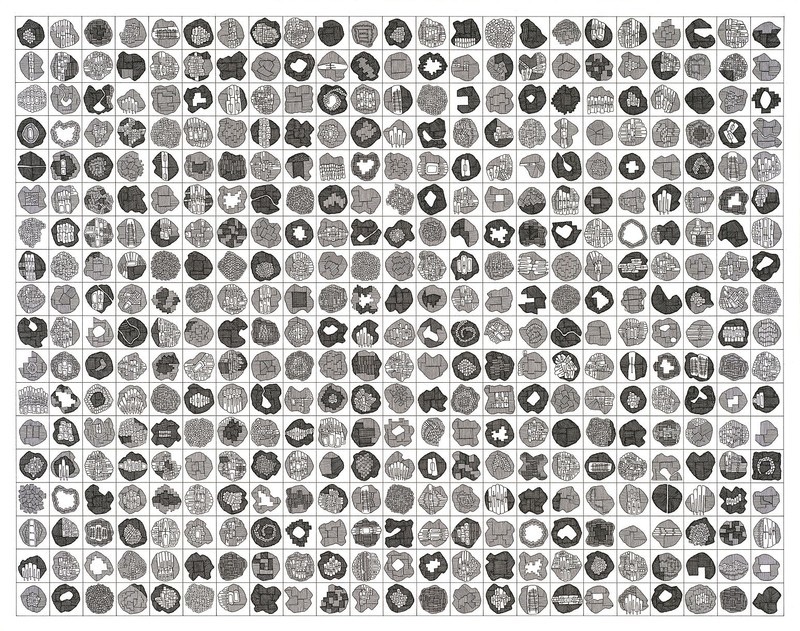 OPP: Your Repetitive Series evokes aerial views of landforms and cities as well as drawn maps, whereas the Grid Series make me think of geology, rock collecting and the cataloging of found artifacts. Both of these are about observing the world, documenting it and trying to make sense of it. Thoughts?

ZW: I would agree that those elements exist and that the drawings from those series can be interpreted in those ways. And I have heard many people describe other things that they see or feel that are different from these. I can see elements of numerous ideas and themes in my work—most of which are entirely the result of the subconscious.

I have a very active "daydreaming" part of my brain that runs on autopilot most all of the time. It's sort of lives between the conscious and subconscious. It feeds from a constant stream of information gathered through conscious observation and study. When I'm working, it's running in the background, processing the information and informing/influencing the subconscious. The larger themes or concepts that come through in finished pieces result greatly from this cycle; starting with conscious thought, filtering through the middle layer and ending up in the subconscious.

Almost all of my work is process driven. In the Repetitive Series, the overall shapes of the drawings are completely organic and resulted from a desire not to fill the entire page with pattern. Within each of these larger drawings are little "moments" that I found more aesthetically pleasing or exciting than others. I wanted a way to highlight those. That led to the Grid Series, which started a just a way to capture these exciting "moments" and give them a space to inhabit all on their own. 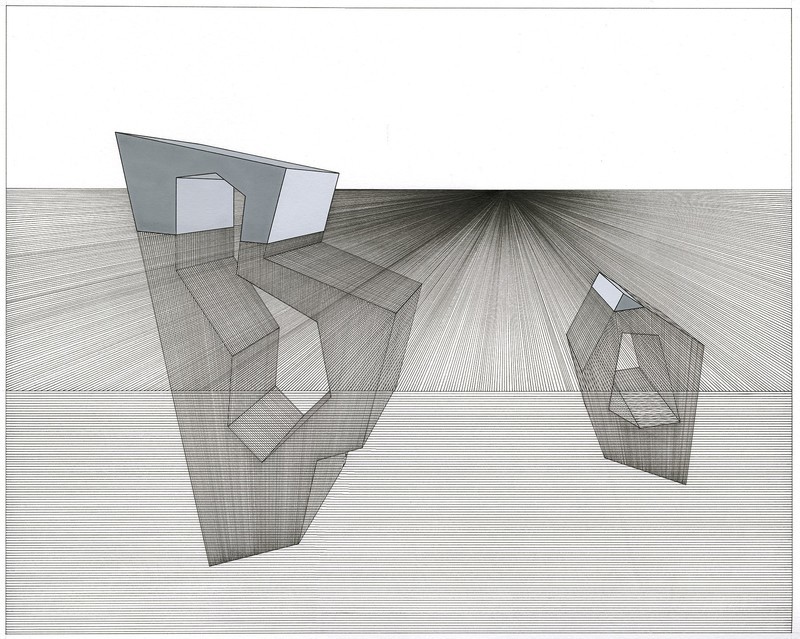 ZW: The New Drawings are much the same in the sense that they are mostly process-driven works. Many of the different directions that I have gone with the newer work are a result of explorations from the year of small drawings that I did. Rather than create work out of research and concept and use process more as a means to the end, I let the process drive my work. Often I notice themes subconsciously seep into in finished work that relate to different aspects of research that I've done, or different ideas or concepts that I am interested in, but I hardly ever start from from that side of the fence. I am constantly trying to figure out how things are made or put together and am always interested in the processes behind the "product" and this is the same approach I take in the studio. 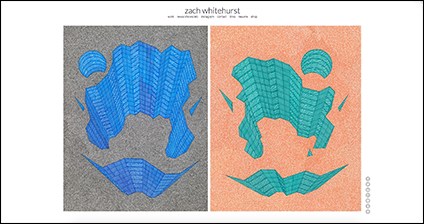 Featured Artist Interviews are conducted by Chicago-based artist Stacia Yeapanis. When she’s not writing for OPP, Stacia explores the relationship between repetition, desire and impermanence in cross-stitch embroideries, remix video, collage and impermanent installations. She is an Adjunct Assistant Professor in the Department of Fiber and Material Studies at The School of the Art Institute of Chicago, where received her MFA in 2006, and was a 2011-2012 Artist-in-Residence at BOLT in Chicago. Her solo exhibitions include I Still Haven’t Found What I’m Looking For (2013) at Klemm Gallery, Siena Heights University (Adrian, Michigan), Everything You Need is Already Here (2014) at Heaven Gallery (Chicago) and When Things Fall Apart, in the Annex Gallery at Lillstreet Art Center (Chicago). Stacia created site-responsive installations for two-person show Form Unbound (2015) at Dominican University's O’Connor Art Gallery (River Forest, IL) and SENTIENCE (2016) at The Ukrainian Institute of Modern Art. Her work was recently included in SHOWROOM, curated by Edra Soto, at the Chicago Artists’ Coalition. Stacia is currently preparing for a two-person show titled Resist the Urge to Press Forward, with Brent Fogt at Riverside Art Center (Riverside, Illinois) and Sacred Secular, a solo show at Indianapolis Arts Center in Indiana.